When the famous French commentator Alexis de Toqueville traveled the United States in the mid-19th century, he recognized that respect for marriage is very American. He wrote: "There is certainly no country in the world where the tie of marriage is more respected than in America, or where conjugal happiness is more highly or worthily appreciated." 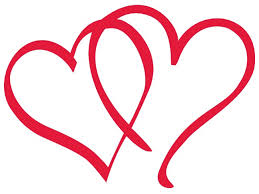 What's happened to American society? Have changing morals and fashions and laws now made marriage as out of date as a horse and carriage? There are many reasons for these changes, but at the top of the list are the actions of government, specifically changes in the laws, supremacist judges' court decisions, the spending of taxpayers' money, the incentives and disincentives in the income tax code, and the attack on parents' rights by the family courts and the public schools. All those anti­ marriage actions by government started about 1970. Among government's decisions and actions hostile to marriage are the laws allowing unilateral divorce, welfare spending, and changes in the income tax system that advantaged illegitimacy and made fathers and husbands unnecessary to the family's economic wellbeing.

It isn't only welfare families who are hurt by government policies. The federal income tax burden falls most heavily on two-parent families with children. When I was having my babies, the average couple with two children paid only about 2% of its annual income in federal income taxes. By 1979, that figure had risen to about 24%. That's why you hear so many mothers say they "have to work." They have to work to pay high taxes.

Marriage is absolutely necessary for a stable society, and for the raising and welfare of the next generation.

Phyllis Schlafly Eagles · December 1 | We Need More Badges Herschel Walker had an iconic moment in a debate with Sen. Raphael Warnock when he … END_OF_DOCUMENT_TOKEN_TO_BE_REPLACED

What You Need to Know is Dems want a SWAT Team against the GOP? David Brock (formerly Media Matters) wants to beat up on Republicans in the House who … END_OF_DOCUMENT_TOKEN_TO_BE_REPLACED