Even by December 1977, Phyllis Schlafly’s life had been filled with excitement and adventure. She had written nine books, one of which sold three million copies and launched the conservative movement. She had been an active part of seven Republican National Conventions. She had launched a national campaign to stop the most formidable political proposition of its time: the Equal Rights Amendment. If anyone would be entitled to receive credence for dubbing something “one of the most amazing events that ever happened,” it would be Phyllis. Such was the case in the December 1977 Phyllis Schlafly Report, in which Phyllis reported on the event she would liken to the Battle of Midway for the pro-family movement. That event made it forever clear that the women’s libbers would not be able to triumph over the unstoppable unit known as the American family. 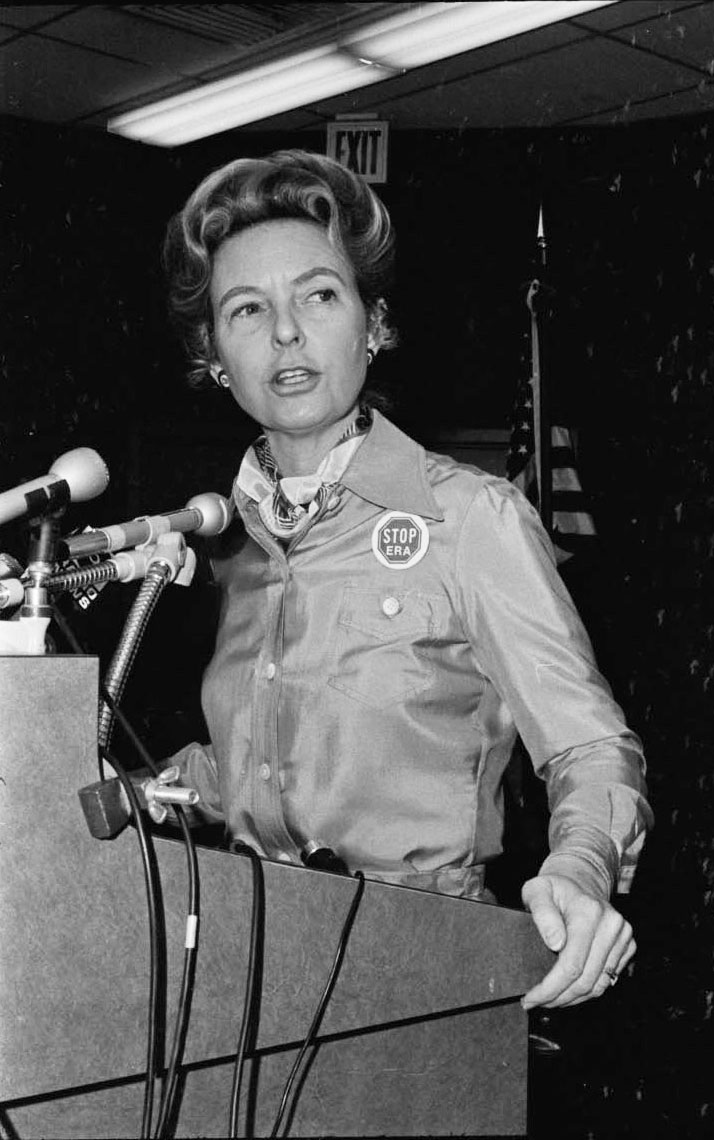 By 1977, it was clear that those in favor of the Equal Rights Amendment were losing steam quickly. Meanwhile, Phyllis Schlafly and her Stop ERA compatriots were gaining more ground than ever. As Indiana became the thirty-fifth state to ratify ERA, women’s libbers concocted a plan to get the momentum they needed to push ERA the rest of the way to total ratification. They lobbied for and received five million taxpayer dollars from Congress to host an “International Women’s Year,” which would include state conventions throughout the summer of 1977 and culminate in a national convention in Houston, Texas. And so the battle began for whose voice would speak for the women of America.

Right out of the gate, pro-family leaders like Phyllis Schlafly were silenced from contributing to International Women’s Year. Despite the many women who were diametrically opposed to ERA, only one commissioner out of the forty-two-member Commission on International Women’s Year fit that description. In the May 1977 Phyllis Schlafly Report, Phyllis said, “It is quite a reflection on President Carter that he appointed to the IWY Commission so many notorious women’s libbers as well as the national director of the homosexuals’ organization, but he did not appoint a single member of Stop ERA.” Subsequently, all of the state conventions were stacked to stymie the possibility of any significant pro-family representation at the national convention. The feminists’ many tricks at the state conventions, from stuffing ballot boxes to ripping microphones in half, are recounted in great detail in the May 1977 Phyllis Schlafly Report. As the state conventions came to a close, the stage was finally set for “one of the most amazing events that ever happened.”

When the time came for the International Women’s Year national conference in Houston, Phyllis Schlafly was in the city, but she was not among the IWY delegates who would spread out in a convention center equipped for only nine thousand people. Instead, she found herself speaking to a packed crowd of twenty thousand pro-family Americans who had congregated in opposition to that selfsame conference. Even Phyllis could not believe what had happened. Although taxpayer dollars were being used to pay for the IWY delegates travel expenses, they still could not fill an auditorium less than half the size of the pro-family rally. What’s more, the IWY conference backfired because it was filled with women who did not fit in with mainstream American values. Even those who were tempted by the seemingly innocent language of the ERA were alerted to the darker implications when they saw communists, lesbians, and other radical feminists controlling the dialogue at the IWY conference. As Phyllis put it in a later Phyllis Schlafly Report, “The IWY Conference doomed ERA because it showed the television audience that ERA and the feminist movement were outside the mainstream of America. ERA never passed anywhere in the post-IWY period.” In the Battle of Midway for the pro-family movement, the champions of life and family emerged as clear victors.

Of course, the question then becomes one of application. How can we learn from this fantastic historical account? The answer is as clear as it is simple: don’t give up. When the odds were stacked against her and the chances looked slim, Phyllis Schlafly did not back down. Despite the opposition of the legislature, the media, the government subsidies, and the political machines of the Establishment, the cause of life and family prevailed. It prevailed because the unstoppable force holding our society together is the very family values Phyllis Schlafly espoused. No matter how hard the fight gets, pro-family conservatives can always take heart in the force of righteousness that we have on our side. 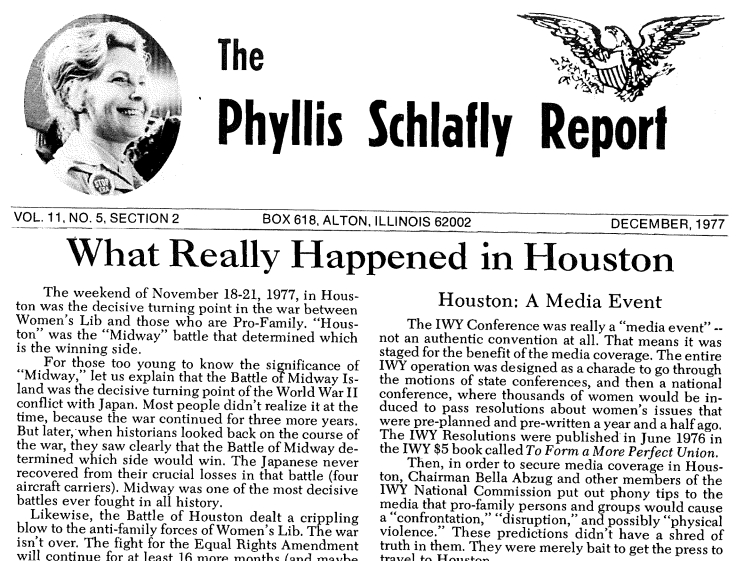 What You Need to Know is the importance of Draining the Swamp! We watched as the Senate had hearings and then confirmed Justice Ketanji Brown Jackson … END_OF_DOCUMENT_TOKEN_TO_BE_REPLACED

What You Need to Know about Hoaxes! Brian Stelter, chief media correspondent for CNN, was recently asked by a college freshman why all these hoaxes, … END_OF_DOCUMENT_TOKEN_TO_BE_REPLACED