College campuses are the battleground of the culture wars in America. Democratic professors and administrators outnumber Republicans by about 10 to 1. Free Speech zones are getting smaller, safe spaces are appearing everywhere. Free and open debate on campuses is all but extinct. The leftist environment students are subjected to is very intimidating.  Have you equipped the college students in your family with the moral and intellectual defenses and weapons to survive on the campus battlefield? 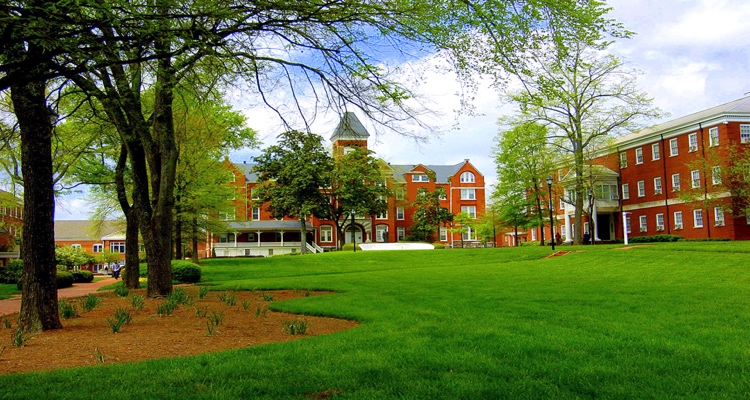 Phyllis Schlafly Eagles wants to help students combat the intolerant dogmas of Political Correctness (which means a denial of free speech for traditional values), diversity (that's the code word for gay rights), feminism (which claims that U.S. women are oppressed), affirmative action, secularism (which is really anti-religion), and multiculturalism (which means Western civilization is no better than other cultures -­ and America is probably the worst).

All college students are invited to attend the 25th Annual Phyllis Schlafly Collegians Leadership Summit to be held in Washington, D.C. on July 10, 11, and 12. This will be a three-day conference to equip college students for the campus battle and to enable them to hold fast to their principles and morals despite indoctrination with hate-America propaganda. Phyllis Schlafly always called this her most important event! She knew our nation’s survival depends upon training the next generation of conservatives to lead.

Last year's Phyllis Schlafly Collegians Summit was a big success! Students heard from expert authors, journalists, and activists. They went in-depth with Members of Congress and the Executive Branch. Our students were also able to participate in tours and lectures beyond the public reach – inside facilities like the State Department and Chambers of Congress!

Most important, every day is an opportunity for students to network and build relationships with other college students, sharing stories of how they have become activists on campus and encouraging one another. It was inspiring to see how courageous students, equipped with facts, can make a difference.  Again, all college students are invited to attend the Phyllis Schlafly Collegians Leadership Summit on July 10, 11, and 12 in Washington, D.C.  Sign up on the website at www.PhyllisSchlafly.com.

What You Need to Know is Rand Paul's wife is right! Senator Rand Paul was attacked a few years ago by his neighbor who was left-leaning. When Nancy … END_OF_DOCUMENT_TOKEN_TO_BE_REPLACED

Phyllis Schlafly Eagles · #WYNK: Biden is Lawless and Dividing | August 25, 2022 #ProAmericaReport The following is a transcript from the Pro … END_OF_DOCUMENT_TOKEN_TO_BE_REPLACED

Phyllis Schlafly Eagles · December 9 | Are Supporters of America First Scrooges? It’s going to be a long, cold winter in the United States, but … END_OF_DOCUMENT_TOKEN_TO_BE_REPLACED

What You Need to Know is about the fast changing strategies of the left. They used to be able to run to judges and get their priorities through … END_OF_DOCUMENT_TOKEN_TO_BE_REPLACED