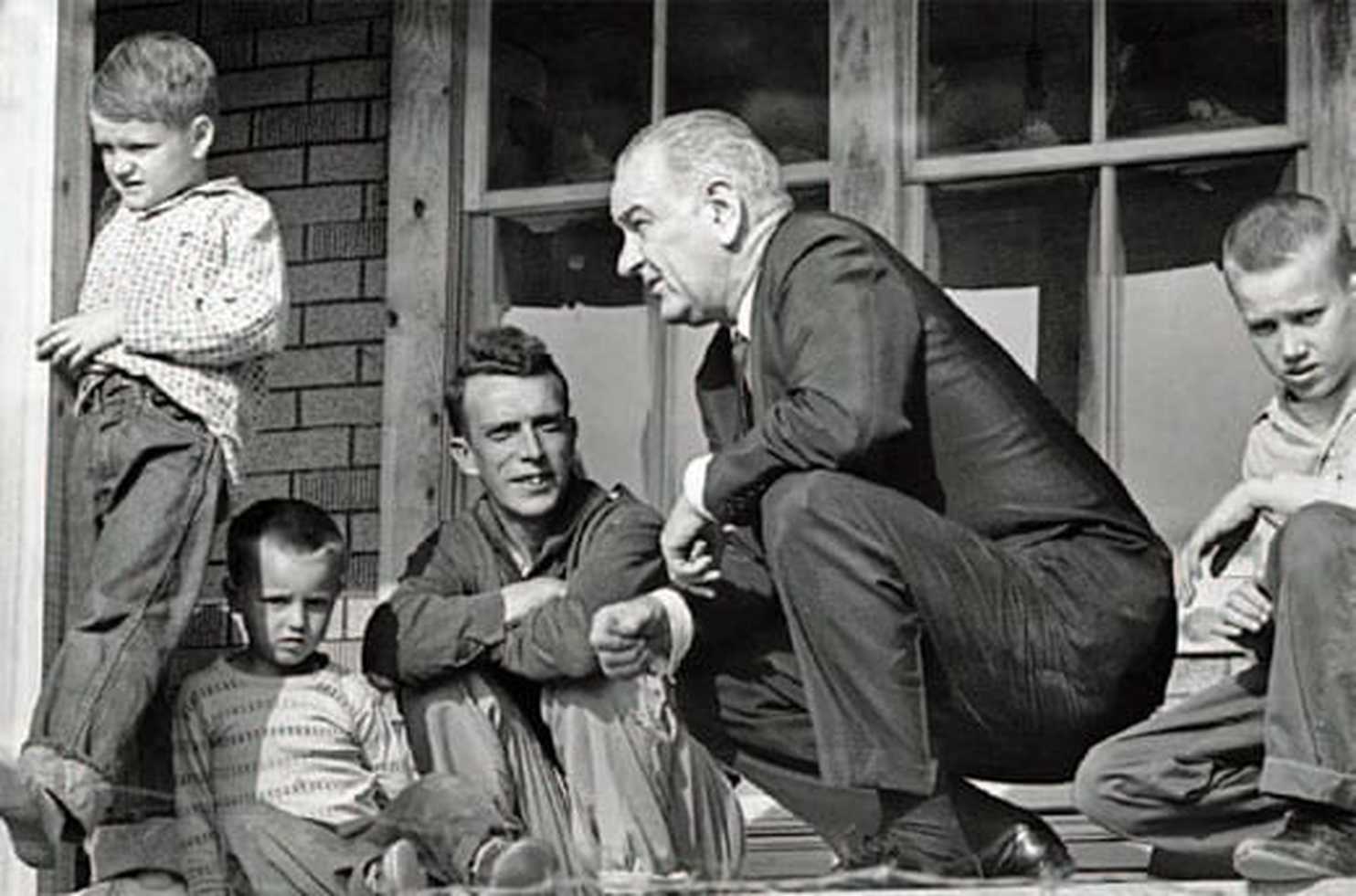 Phyllis Schlafly Eagles · January 8 | Surrendering to the War On Poverty

As back to back world war champions, I feel the United States has an impressive track record when it comes to winning wars. However, when President Lyndon B. Johnson announced his “War on Poverty” on this day in 1964, he was launching a war that even the United States has not been able to win.

America has fought and won many uphill battles, but Johnson had everything going for him and he still couldn’t eke out a victory. In 1964, the poverty rate had been in free-fall since the ‘50s. All Johnson had to do was not mess anything up. Instead, he launched his infamous “Great Society” programs, which introduced the cancer of modern welfare systems into American communities. The classic liberal solution to any problem is to throw more taxpayer money at it. Johnson reasoned that if only he could give poor people free money, free housing, free food, and other goodies, they would rise from poverty into a thriving middle class. Fifty-seven years later, let’s see what legacy Johnson’s War on Poverty left behind.

Welfare reform has been a hot-button issue for decades because we all see the problems in the system. As it turns out, when you give people free stuff as a reward for not working, they are actually less likely to want to go out and get a job. For those in poverty who do work, they carefully monitor their hours to ensure that they do not accidentally make enough money to lose government benefits. Not only is there no incentive to rise out of poverty, but there is actually an incentive to stay in poverty. In this sad way, the very weapons Johnson deployed in his war were turned against him.

Unfortunately, this tragic tale is not unique to LBJ. Socialism is always sold with the stated goal of helping the impoverished, and the very opposite always happens. No matter what income bracket you find yourself in, socialism is not a good deal for you. The only equality it offers is equal suffering. Don’t resort to leftist gimmicks to fix our nation’s problems. The free market still works!

What You Need to Know is we are in a proxy war with Russia. Until now, we’ve been able to at least try to say we have given Ukraine defense weapons … END_OF_DOCUMENT_TOKEN_TO_BE_REPLACED

What You Need to Know is a lesson on documents and double standards. Suddenly everyone has classified documents and everyone is spinning the stories … END_OF_DOCUMENT_TOKEN_TO_BE_REPLACED

What You Need to Know is to thank the Freedom 20 who took up the House Speaker fight last week. Get the list here — it only takes 3-5 minutes … END_OF_DOCUMENT_TOKEN_TO_BE_REPLACED

What You Need to Know is Trump is stronger than Biden. Our American leaders sending tanks and weapons to escalate the war in Ukraine aren’t in line … END_OF_DOCUMENT_TOKEN_TO_BE_REPLACED

For Immediate Release: January 26, 2022Contact: Ryan Hite, Communications Director Solution Staring Us In the Face to Save American Lives: Shut the … END_OF_DOCUMENT_TOKEN_TO_BE_REPLACED

What You Need to Know is the House GOP Must Exercise Power of the Purse. We’re back to following the money this week, this time in Congress! House … END_OF_DOCUMENT_TOKEN_TO_BE_REPLACED

Phyllis Schlafly Eagles · #WYNK: Trump is Stronger Than Biden | January 27, 2023 #ProAmericaReport The following is a transcript from the Pro … END_OF_DOCUMENT_TOKEN_TO_BE_REPLACED