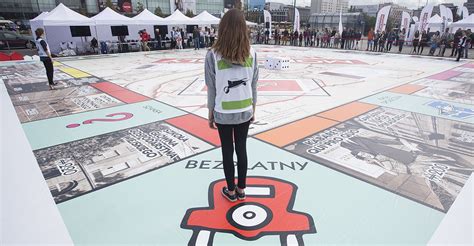 The thought police and social justice warriors have permeated nearly every area of society, it seems. From college campuses to business campuses and the halls of Congress to city halls, the new “woke” agenda informs us that everything we know about biology, logic, and most rational thought is all flat wrong. There have been many casualties in this social justice culture war, but the latest victim may be a step too far for most Americans.

Family game night is now no longer just that, but an opportunity to ‘reeducate’ your family on the fabricated gender pay gap.

Never mind that U.S. law already mandates equal pay for equal work (and has for some time) or that numbers disprove the liberal notion of a wage gap at all! No, game-maker Hasbro is jumping into the fray.

Hasbro has produced hundreds of variations on their classic game “Monopoly,” but in September they released a brand new “Ms. Monopoly” to celebrate female innovators and entrepreneurs. The game features aesthetic changes that are expected of new Monopoly versions, renaming properties, changing tokens, and adding modern touches to the classic real-estate game.

But the real rub for Ms. Monopoly comes in the rule book, where Hasbro has decided that women will make 20% more than men, to teach players about the disparity between men’s and women’s paychecks.

The new rules will dole out a starting $1,900 to women compared to $1,500 for men, and female players will collect $240 for passing “Go,” compared to the standard $200 for men. The heavy-handed game is meeting criticism, from all over the political spectrum.

Ironically, in the long list of celebrated innovations by women, Hasbro failed to recognize one very famous female inventor.

Elizabeth Magie patented “The Landlord’s Game” in 1904 and 1924 — a patent later purchased from her by Parker Brothers. They converted this game to the Monopoly we know today, and attributed its creation to none other than a man named Charles Darrow.

Game makers would do well to stick with making games and not with going “woke” with debunked liberal narratives.

What You Need to Know is the House GOP Must Exercise Power of the Purse. We’re back to following the money this week, this time in Congress! House … END_OF_DOCUMENT_TOKEN_TO_BE_REPLACED

Phyllis Schlafly Eagles · February 3 | "Woman" Is the Word of the Year The internet is a powerful tool that most of us use every day. … END_OF_DOCUMENT_TOKEN_TO_BE_REPLACED

What You Need to Know is Tucker is allowing the will of the people to be heard! When a huge block of Republicans and so-called conservatives are … END_OF_DOCUMENT_TOKEN_TO_BE_REPLACED