Another tragic shooting at a public school leads to another round of liberal demands for gun control.  But missing from their clamor is how this shooting by a former football player occurred at the very same high school where the Supreme Court censored prayer at football games in a ruling in 2000.

The ACLU insisted that student-led prayer be banned at this same high school, and the Court ruled 6-3 in favor of the ACLU and against the school in Santa Fe Independent School District v. Doe.  Ever since, prayer has not been allowed over the loudspeakers at games, prayer that the shooter would have heard because he played in many football games there.

Liberals are notably quiet in commenting on how prayer was eliminated at this same school by judicial activism from the Supreme Court.  The gun control typically proposed would not have stopped this crime, because it was perpetrated by a shotgun, which is not semi-automatic, and a revolver. 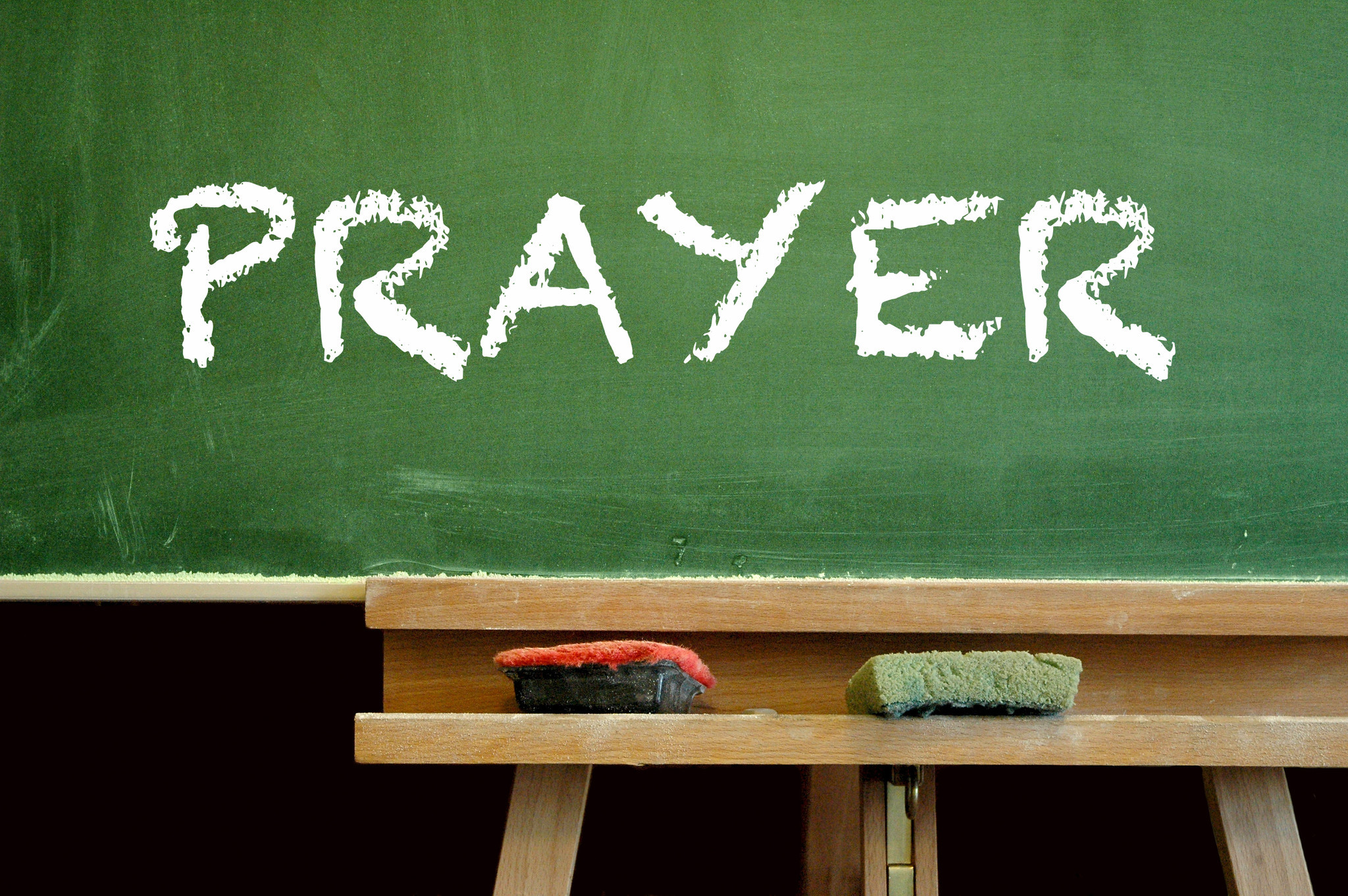 The student killer should have attracted immediate scrutiny for how he would wear a black trench coat on hot Texan days, and had postings on Facebook that included a “Born to Kill” t-shirt and images of Satan and atheistic communism.  Likewise, the former student who shot up Marjory Stoneman Douglas High School in Parkland, Florida, was widely known to be a risk for violence, and multiple complaints about him to law enforcement fell on deaf ears before he massacred 17.

Had either student been profiled based on his public behavior, then both tragedies might have been averted, or at least curtailed.  A reasonable dress code would have prevented hiding a shotgun in a black trench coat on a hot day, or at least allowed immediate preventive action to be taken.

Nobody wants airport-style security at every entrance to a public school, but no one wants more carnage either.  Yet rather than suggest workable approaches to prevent copycat incidents, senseless attempts to blame President Trump fill the airwaves.

Entering stage left is Jimmy Kimmel, the late-night comedian who broke the record for the lowest Oscars audience ever when he hosted it in March.  He insisted that Trump and the GOP are somehow “cowardly” because they supposedly “care more about the support of the NRA than they do about children.”

But none of the usual liberal remedies such as banning assault rifles, a ban on high capacity magazines, stricter background checks, tougher mental health screening, or closing the so-called gun show loophole would have prevented this tragedy.  Yet that hasn’t stopped gun controllers from proposing the same litany of legislation.

Knee-jerk appeals to political correctness might boost Kimmel’s career after tanking in his Oscars performance.  In his record-setting ratings failure for the annual show, Kimmel paid homage to the feminist Me Too movement without challenging the industry for the hypersexual content of so many of its movies.

“The only way we can make a meaningful impact,” Kimmel pontificated, “is if we vote for politicians who will do something,” without saying what that “something” might be.  If he meant banning shotguns and revolvers in Texas, perhaps Kimmel himself was too “cowardly” to propose something so absurd.

An assistant secretary of education in the Obama administration suggested that parents keep their kids out of school until Congress passes “background checks for all gun purchases, a ban on assault weapons and high capacity magazines, and funding for gun research.”

His former boss Arne Duncan, who was Obama’s longest-serving Cabinet member, tweeted: “This is brilliant.  What if no children went to school until gun laws changed to keep them safe?”

Not attending public school is something some conservatives have been saying for years, after witnessing the rapid deterioration in culture and values there.  It is ironic that Obama’s Secretary of Education might finally be right for the wrong reason.

But missing from the script is any criticism of Facebook for how it has been the common denominator for many of these school shootings.  The killers use Facebook to publicize their wanton desires in seeking their “15 minutes of fame,” to paraphrase Andy Warhol.

Meanwhile, if anyone hoped that the courts would defend the Second Amendment based on Justice Scalia’s 5-4 decision in D.C. v. Heller, that optimism has proven to be unfounded.  Only one Supreme Court Justice, Clarence Thomas, defends the Second Amendment there, and he alone dissented in criticizing his colleagues’ refusal to review a pro-gun control decision from the Ninth Circuit.

Make no mistake: if the Democrats take control of Congress and have the votes to block Trump’s nominees for judges, courts will toss out the Second Amendment by permitting severe restrictions on gun ownership, and mandatory gun registration to be followed by gun confiscation.  This has already happened in Great Britain and Australia, followed by predictable rises in non-gun crimes.

What You Need to Know about the Projection Racket. What is the projection racket? It’s when the left and media work together to project onto their … END_OF_DOCUMENT_TOKEN_TO_BE_REPLACED

For Immediate Release: October 6, 2022Contact: Ryan Hite, Communications Director After Reporting a Mom to Her Law Enforcement Employer and the … END_OF_DOCUMENT_TOKEN_TO_BE_REPLACED

What You Need to Know is the impeachment fails — many Senators deserve our thanks in stopping this waste of time. Romney, however, has solidified … END_OF_DOCUMENT_TOKEN_TO_BE_REPLACED

Phyllis Schlafly Eagles · December 2 | The Past, Present, and Future of the War on Christmas Haul out the holly and bring out the boxing gloves. … END_OF_DOCUMENT_TOKEN_TO_BE_REPLACED

Phyllis Schlafly Eagles · December 1 | We Need More Badges Herschel Walker had an iconic moment in a debate with Sen. Raphael Warnock when he … END_OF_DOCUMENT_TOKEN_TO_BE_REPLACED