Phyllis Schlafly was a firm believer in the fact that pro-life people are also pro-science. She called the ultrasound machine the greatest tool for the pro-life cause because it allows mothers to see their unborn children through the power of science for the first time. When each unborn child’s DNA was found to be unique from the point of conception, science once again seemed to affirm the pro-life arguments Phyllis always held to. That doesn’t even include the unique fingerprints, brains, hearts, and other organs that form within the first few weeks of pregnancy. 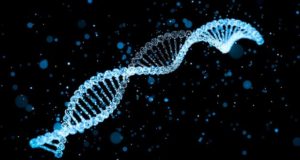 When each unborn child’s DNA was found to be unique from the point of conception, science once again seemed to affirm the pro-life arguments Phyllis always held to.

However, pro-abortion Democrats do not care about science any more than they care about human dignity. They motivate the masses to act out of fear and intimidation. That fact was on full display in the state of New York, where Governor Andrew Cuomo signed a bill making the murder of an unborn child legal right up until the point of birth in most cases. Other liberal states are hopping on this bandwagon of death because they fear what President Trump’s Supreme Court will do to the archaic Roe v. Wade decision. They cling so tightly to the dollars brought in by abortion mills that they would gladly sacrifice a lost generation of American children in order to boost their profit margins and political capital. All they have to do is energize their base with scare tactics about women being oppressed.

This kind of fear-based legislation should not dictate the future of our nation. Only a machine as vile as the liberal Democrats could turn something as innocent as a baby into something to be feared. Let us as a nation turn back to science when we consider the idea of life. Every human life has value. Faith says this and science affirms it as an undeniable truth. Americans have embraced this concept since our Founding Fathers first penned the words “life, liberty, and pursuit of happiness.” I hope you will join me in urging liberals to stop living in the dark ages. Do not sentence innocent children to their deaths out of convenience. Now is the time to embrace science and the life that it affirms.

What You Need to Know is Minnesota is now the most unrestricted state in America on abortion. Governor Walz signed into law an awful bill yesterday … END_OF_DOCUMENT_TOKEN_TO_BE_REPLACED

Phyllis Schlafly Eagles · February 3 | "Woman" Is the Word of the Year The internet is a powerful tool that most of us use every day. … END_OF_DOCUMENT_TOKEN_TO_BE_REPLACED

What You Need to Know is Tucker is allowing the will of the people to be heard! When a huge block of Republicans and so-called conservatives are … END_OF_DOCUMENT_TOKEN_TO_BE_REPLACED