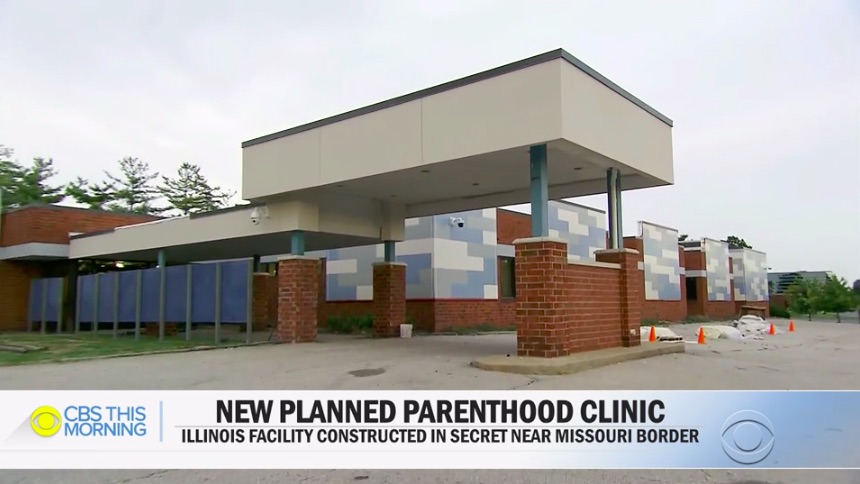 Pro-life warriors everywhere can rejoice knowing that Planned Parenthood is on the run. Efforts like the highly successful Heartbeat Bill have threatened their ability to operate their abortion mills in multiple states. However, we shouldn’t deceive ourselves into believing our fight is over. The nation’s largest abortion giant won’t go down without a fight. I’ve said for a long time that Planned Parenthood would resort to whatever deceptive underhanded tactics they had to in order to stay in business. I’m sorry to say that they’ve proven me right.

Pro-lifers throughout Missouri and Illinois were shocked to hear the news that Planned Parenthood was building a giant abortion facility after months of secret construction in the Metro Saint Louis area. They’re calling it a “mega-clinic” that can kill as many as eleven thousand babies per year. The people of Fairview Heights, Illinois were never given the chance to protest the killing factory being built in their own town. Planned Parenthood built the facility under the name of a shell company to make sure no one knew what they were really building. Abortions were being offered at the facility within weeks of the building’s true purpose being made public.

As disgusting as this move is, Planned Parenthood had plenty of reason to hide their plans. They know they are out of touch with American values. If the people of that area had known what was going on in their town, they would have fought tooth and nail. The only reason Planned Parenthood is building the facility in the first place is because courageous Missouri legislators are driving them out of business on the Missouri side of the river. The abortionists are relying on the pro-choice Chicago Democrats to make infanticide an option for the people of Saint Louis.

There are two lessons for pro-life warriors to take from this tragic news. First, take heart in the fact that Planned Parenthood knows they can’t win if they fight in the open. Second, know that we can never stop fighting until abortion becomes both illegal and unthinkable in every state.

What You Need to Know is Mom first! Life begins at conception. But what if the pro-life movement reframed the battle. What if we advertised that life … END_OF_DOCUMENT_TOKEN_TO_BE_REPLACED

What You Need to Know is we are in a proxy war with Russia. Until now, we’ve been able to at least try to say we have given Ukraine defense weapons … END_OF_DOCUMENT_TOKEN_TO_BE_REPLACED

For Immediate Release: January 26, 2022Contact: Ryan Hite, Communications Director Solution Staring Us In the Face to Save American Lives: Shut the … END_OF_DOCUMENT_TOKEN_TO_BE_REPLACED