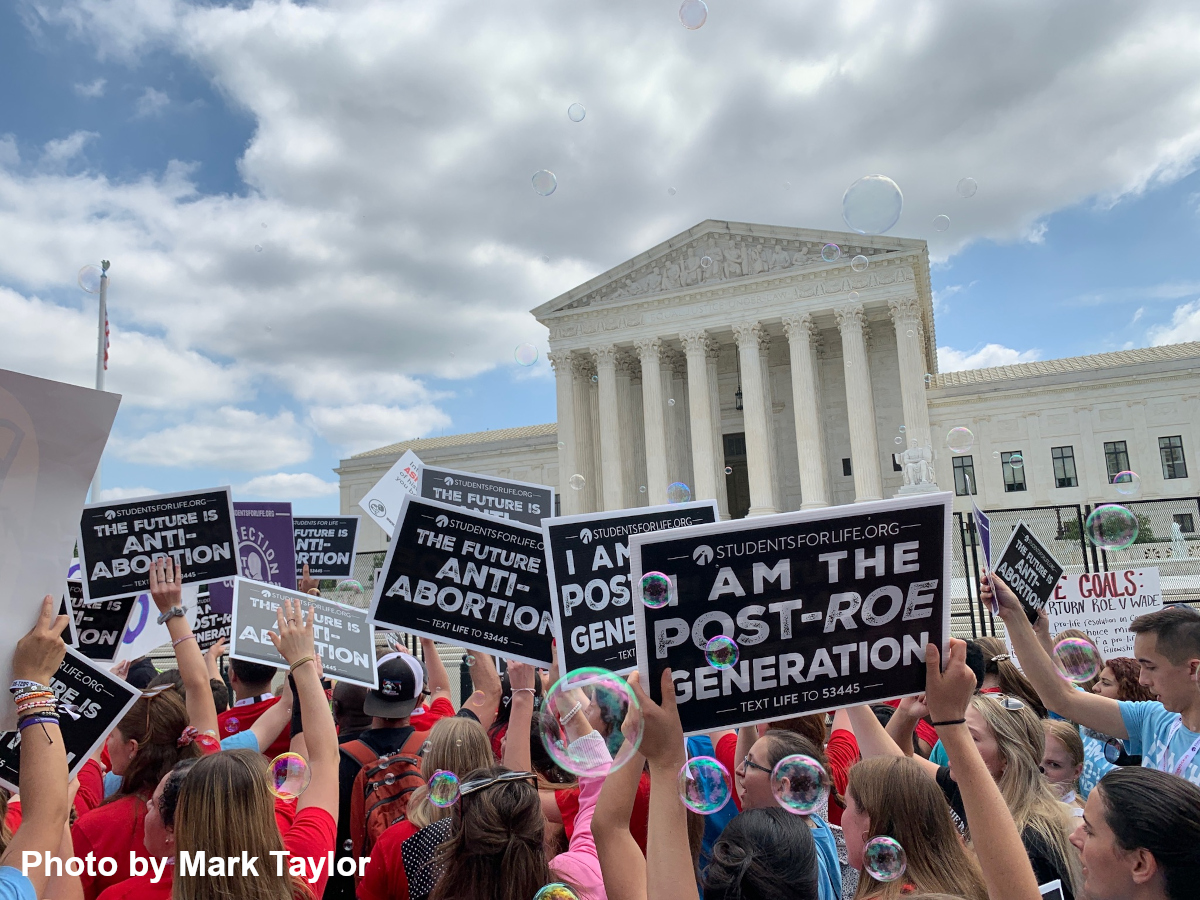 America has always been a place where life is valued, going back to our founding documents. Thomas Jefferson wrote of the American value of life in the Declaration of Independence. He penned the famous words “We hold these truths to be self-evident, that all men are created equal, that they are endowed by their Creator with certain unalienable Rights, that among these are Life, Liberty and the pursuit of Happiness.” When the abortion issue took center stage in 1973, many Americans wondered how the Roe v. Wade decision could be made compatible with American values. However, it is clear that abortion and American values can never co-exist.

Abortionists cannot hide behind a globalist worldview either. The sad truth is that America has less restrictions on abortions than most other countries in the world. The United States is one of only four countries that allow late term abortions for any reason. That puts us in the company of countries like Communist China and North Korea. Most countries have severe restrictions on abortion or ban it altogether. In most European countries, it is impossible to get an abortion past 12 weeks except in narrow circumstances. The United States should not betray our own values. The American people should not have to kowtow to the whim of a few judicial supremacists. More Americans than ever oppose abortion. It is time for the voice of the people to be heard.

What You Need to Know is President Biden is Targeting Republicans! President Biden has given a speech saying that if anyone supports Trump they are … END_OF_DOCUMENT_TOKEN_TO_BE_REPLACED

Phyllis Schlafly Eagles · August 31 | Men and Abortion Among the many good things to come out of the Dobbs decision by the Supreme Court, the … END_OF_DOCUMENT_TOKEN_TO_BE_REPLACED

Phyllis Schlafly Eagles · #WYNK: It's 1894 In 2022 | September 30, 2022 #ProAmericaReport The following is a transcript from the Pro America … END_OF_DOCUMENT_TOKEN_TO_BE_REPLACED