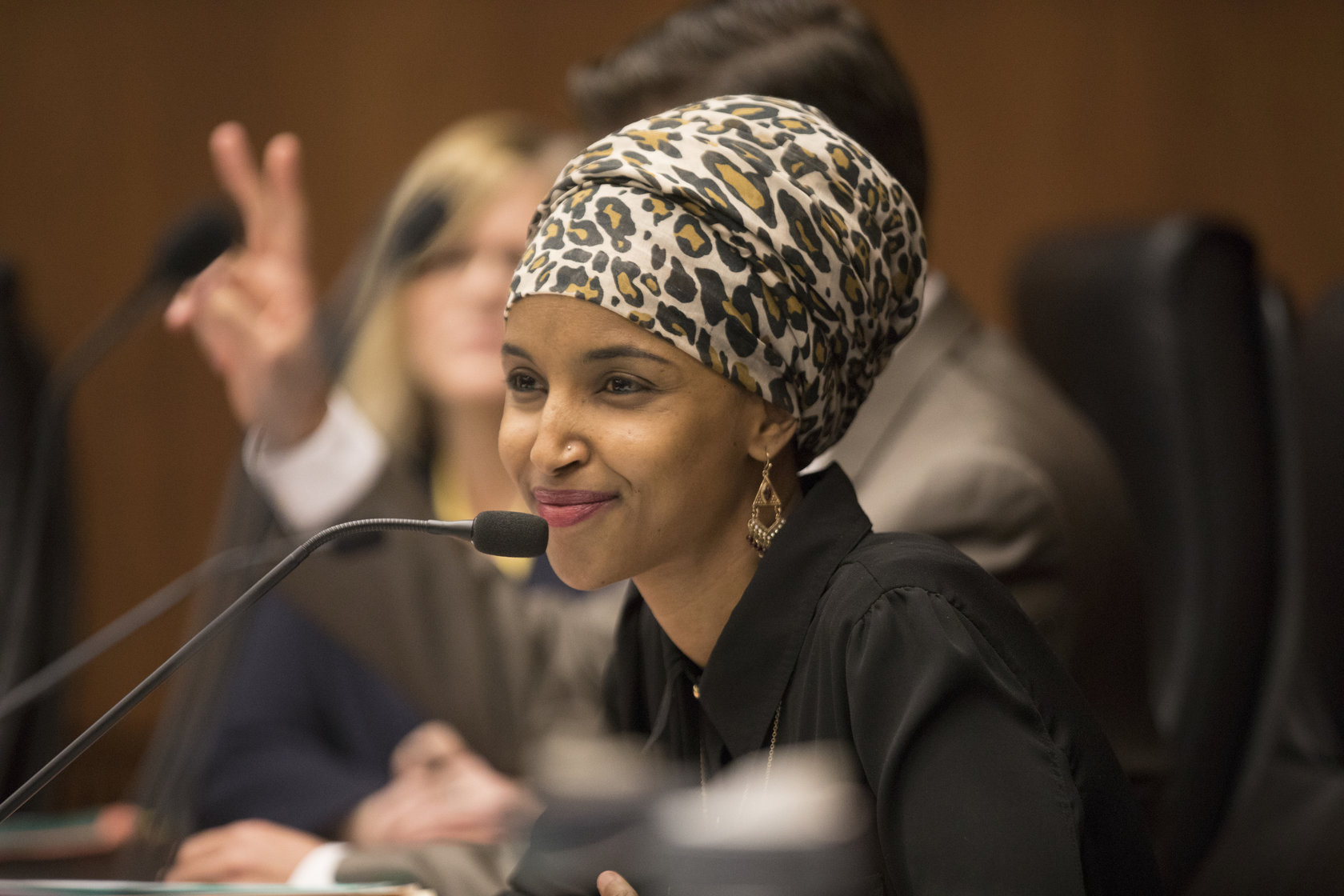 Americans already knew President Donald Trump as a celebrity and entertainer before liberals began smearing him. That gives him the same Teflon quality Ronald Reagan had. Critics have to pretend Trump has somehow changed, but everyone knows he hasn’t. Then they try to overcome that by calling him ugly names like “racist.”

A recent blizzard of false accusations of racism are for Trump’s tweets suggesting those who dislike the United States should return to their country of origin. Trump’s comments harken back to a popular bumper sticker in the 1970s that most adults probably saw a lot of back in the day. They said “America: Love it or Leave it.”

Trump tweeted an invitation for haters of America to “go back and help fix the totally broken and crime infested places from which they came.”  Trump doubled down by calling a small group of leftist congresswomen “a bunch of communists” and “anti-America.”

These tweets were aimed at a group of now-infamous young congresswomen known as the “Squad.” They insist the President is somehow lawless as he tries to secure the border and seek the removal of criminal aliens.

But Trump’s policies have been supported by Democrats in the past, even by some of the current Democratic presidential candidates. The Squad contemptuously refers to our Commander-in-Chief as the mere “occupant” in the White House. Nancy Pelosi has tried to rein in these out-of-control Democrats, only to be called a racist herself.

One of the most prominent members of the Squad is an immigrant from Somalia, where American soldiers were killed and dragged through the streets while Bill Clinton was president. Yet, tens of thousands of Somalis were transplanted to Minnesota, creating a community large enough to elect a congresswoman from their native land, Ilhan Omar.

Omar has been highly critical of American policies on multiple issues. Of course, it’s entirely her right to be critical if she wants to be, but her outspokenness makes it fair game for Trump to criticize her in return.

Trump has every right to critique Omar or any other member of Congress without being falsely accused of racism. That’s the only path for free and fair discourse.

What You Need to Know is Mom first! Life begins at conception. But what if the pro-life movement reframed the battle. What if we advertised that life … END_OF_DOCUMENT_TOKEN_TO_BE_REPLACED

Phyllis Schlafly Eagles · #WYNK: Biden's Ego Will Be His Undoing | January 13, 2023 #ProAmericaReport The following is a transcript from the Pro … END_OF_DOCUMENT_TOKEN_TO_BE_REPLACED

What You Need to Know is Rand Paul's wife is right! Senator Rand Paul was attacked a few years ago by his neighbor who was left-leaning. When Nancy … END_OF_DOCUMENT_TOKEN_TO_BE_REPLACED

What You Need to Know is Rand Paul's wife is right! Senator Rand Paul was attacked a few years ago by his neighbor who was left-leaning. When Nancy … END_OF_DOCUMENT_TOKEN_TO_BE_REPLACED

Phyllis Schlafly Eagles · #WYNK: Trump is Stronger Than Biden | January 27, 2023 #ProAmericaReport The following is a transcript from the Pro … END_OF_DOCUMENT_TOKEN_TO_BE_REPLACED

What You Need to Know is Trump is stronger than Biden. Our American leaders sending tanks and weapons to escalate the war in Ukraine aren’t in line … END_OF_DOCUMENT_TOKEN_TO_BE_REPLACED

Phyllis Schlafly Eagles · #WYNK: Documents and Double Standards | January 24, 2023 #ProAmericaReport The following is a transcript from the Pro … END_OF_DOCUMENT_TOKEN_TO_BE_REPLACED

For Immediate Release: January 26, 2022Contact: Ryan Hite, Communications Director Solution Staring Us In the Face to Save American Lives: Shut the … END_OF_DOCUMENT_TOKEN_TO_BE_REPLACED