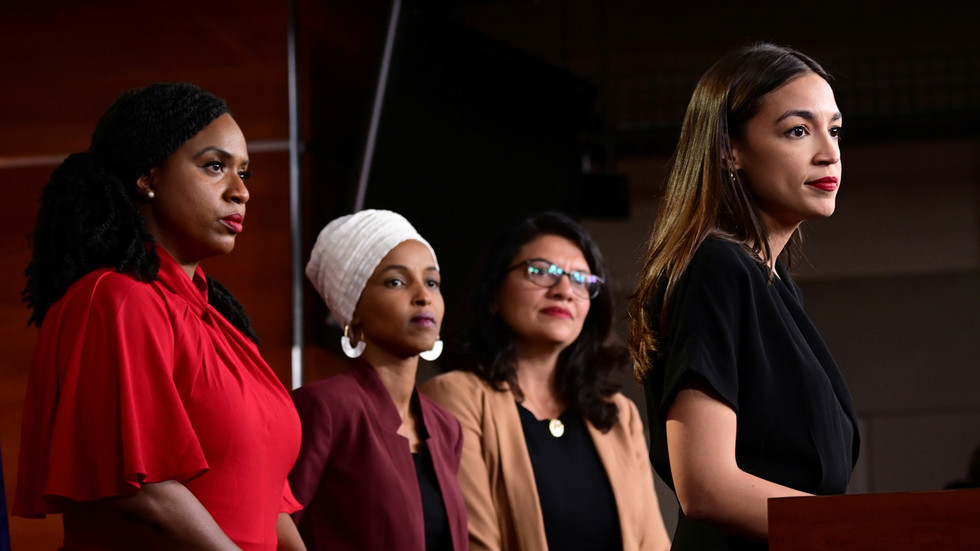 President Trump is a master at controlling the political narrative. With just a single tweet, he can change the news cycle for days or weeks. That’s how he made Democrats jump to his bidding by attacking a handful of extreme leftists for being “a bunch of communists.”

Trump’s tweets were a natural response to the inflammatory rhetoric of the “Squad,” a group of four congresswomen known to be disrespectful of the president.  In order of notoriety, the Squad consists of Representatives Alexandria Ocasio-Cortez (D-NY), Ilhan Omar (D-MN), Rashida Tlaib (D-MI), and Ayanna Pressley (D-MA). Just to give you an idea of how they like to spend their time, they held a joint press conference just to call President Trump “blatantly racist.”

The famous rookie congresswoman Alexandria Ocasio-Cortez was just as quick to accuse her fellow Democrat Nancy Pelosi of racism. Trump himself felt compelled to defend Speaker Pelosi against the smear.

Ocasio-Cortez is the kind of congresswoman we should all expect from a culture of safe spaces. She thinks anything she doesn’t agree with has to be the result of racism. There’s an important distinction to be made here. Disputes about immigration policy are not racism.  It is not racist to try to Make America Great Again, or to urge someone to leave America if she does not like it here.

Of course, everyone does like it here. Billions of people around the world desperately want to come here. President Trump is right to call out the opponents of border security and our free market system. There’s nothing racist about it.

Ayanna Pressley may be the least famous member of the Squad, but her recent comments about race were the most startling.  “We don’t need black faces that don’t want to be a black voice,” she said, and “We don’t need queers that don’t want to be a queer voice.” I hope you hear the subtext in what she’s saying. Because what Congresswoman Pressley seems to be saying is that all black people have to think exactly the same way about politics. If not, they simply aren’t “needed” in our society.

Now you tell me, who’s the real racist here?

Phyllis Schlafly Eagles · May 23 | Leftism Weakens America Thanks in large part to the culture of the mainstream media, many people have tunnel … END_OF_DOCUMENT_TOKEN_TO_BE_REPLACED

What You Need to Know Feminists don’t what they are doing! They are about to make another marketing error by utilizing all the wrong imagery and … END_OF_DOCUMENT_TOKEN_TO_BE_REPLACED

What You Need to Know is The People Are Rising! The political civil war in this country is in the Democrat party — San Francisco recalls 3 school … END_OF_DOCUMENT_TOKEN_TO_BE_REPLACED

Phyllis Schlafly Eagles · May 9 | How To Remake A Political Party Remaking a political party is difficult, but essential now as the entrenchment of … END_OF_DOCUMENT_TOKEN_TO_BE_REPLACED

What You Need to Know is the Border is about to be totally open! In just a few days we are going to see around 18,000 illegal aliens crossing our … END_OF_DOCUMENT_TOKEN_TO_BE_REPLACED