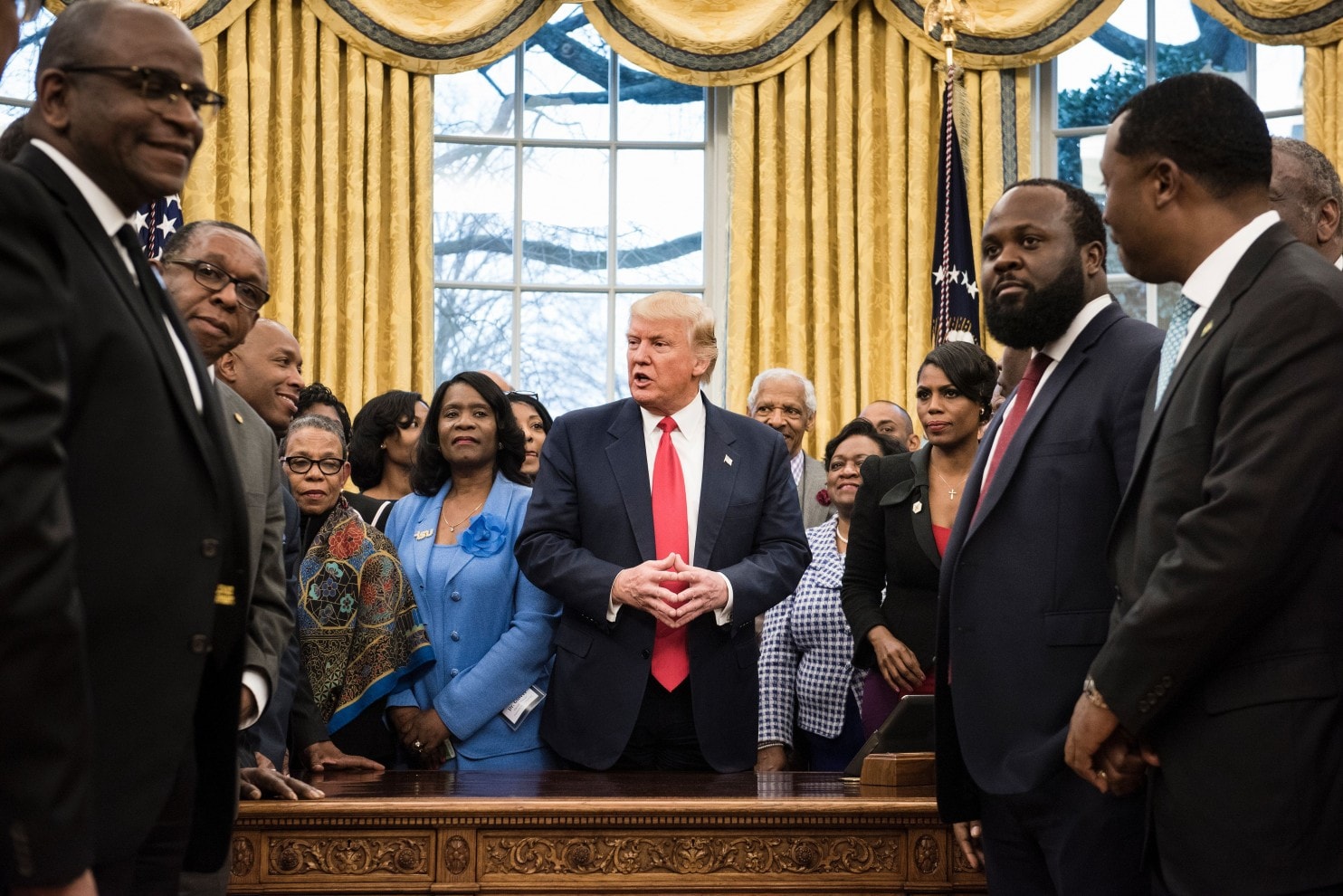 For decades, the case of the famous black boxer Jack Johnson had been bandied about by politicians of every party and every race. Johnson was wrongly imprisoned in 1912 for violating a law that hadn’t even gone into effect yet. President Donald Trump posthumously pardoned Jack Johnson, which was something even Barack Obama didn’t have the courage to do. With this one symbolic move, Trump made it clear that he would fight for black Americans everywhere.

Far more than just restoring the good name of this one man, Donald Trump enacted real criminal justice reform that has freed citizens of all colors, but especially black Americans. He wasn’t afraid to work with Republicans, Democrats, and anyone who wanted to see real change take place. Donald Trump also secured increased spending for historically black colleges and universities (HBCU) to demonstrate his belief that a quality education is the best way for black young people to achieve their full potential.

During the first years of his presidency, blacks were the prime beneficiaries of Donald Trump’s efforts to bring jobs to impoverished communities. By bringing manufacturing jobs back to American shores and stopping the influx of cheap illegal immigrant laborers, black unemployment plummeted lower than it ever had been in our history.

As the China virus swept through our nation, President Trump stepped up to protect the rights of children in black communities. He championed school choice for impoverished areas where many parents would find virtual learning to be difficult or impossible.

Even in the midst of rampant rioting in American cities, President Trump has shown himself to be a friend of the thousands of law-abiding black business owners and others who were terrorized by the violent crimes in their streets. While preserving the autonomy of states and municipalities, Trump offered full support for protecting black-owned businesses that were commonly targeted by rioters. He wanted black small business owners to be able to thrive and grow into true American success stories. In fact, he wants every person of every color to have a shot at their version of the American dream. President Donald Trump is a true friend to black Americans.

What You Need to Know is Rand Paul's wife is right! Senator Rand Paul was attacked a few years ago by his neighbor who was left-leaning. When Nancy … END_OF_DOCUMENT_TOKEN_TO_BE_REPLACED

What You Need to Know is Rand Paul's wife is right! Senator Rand Paul was attacked a few years ago by his neighbor who was left-leaning. When Nancy … END_OF_DOCUMENT_TOKEN_TO_BE_REPLACED

Proving once again that he is in touch with ordinary Americans, Donald Trump selected education for the first video message of his 2024 presidential … END_OF_DOCUMENT_TOKEN_TO_BE_REPLACED

Phyllis Schlafly Eagles · #WYNK: Trump's Record is Baked In | January 30, 2023 #ProAmericaReport The following is a transcript from the Pro … END_OF_DOCUMENT_TOKEN_TO_BE_REPLACED

Phyllis Schlafly Eagles · February 8 | Leftist Hollywood's Downward Spiral Looking back on 2022, it is plain to see that Democrat-dominated … END_OF_DOCUMENT_TOKEN_TO_BE_REPLACED

The Deep State in Washington, D.C. just offered to debrief Trump Administration officials about the hot air balloons that have invaded our airspace … END_OF_DOCUMENT_TOKEN_TO_BE_REPLACED