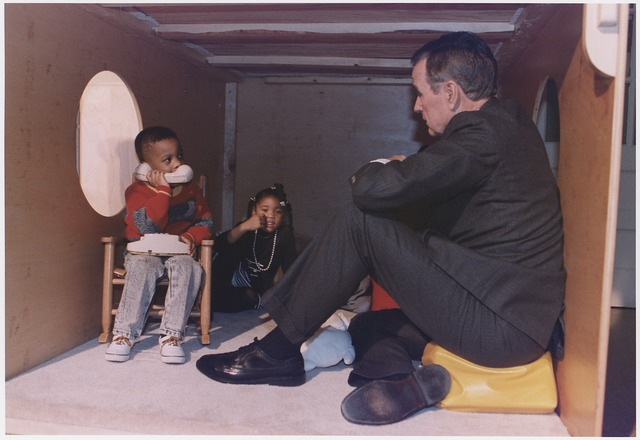 State legislatures all over the country are now getting a lot of pressure to adopt so-called pre-K, or pre-Kindergarten programs. The alleged purpose is to close the gap between kids from high-income and low-income households, but there is no evidence that pre-K can accomplish that. The liberals like to say that pre-K “investments” (that’s the left’s synonym for taxes) save money later on in education. But every study shows that Head Start and all the early interventions don’t achieve what they promise. They “fade out” at least by the third grade. The Department of Health and Human Services made its own Head Start Impact Study that tracked 3- and 4-year-olds from their entrance into Head Start through the end of the third grade. The conclusion was that Head Start had little to no effect on the participating children.

The principal education goals of the George W. Bush Administration were to raise U.S. scores and to close the gap between high-income and low-income students. But the only thing pre-K accomplished was to provide daycare services for single moms, the majority of whom voted for Obama. Head Start was based on the assumption that government schools could compensate children for the disadvantage of being poor. It’s time to face the fact that many children are poor mainly because they don’t live in a nuclear family with their own father and mother.

We should not “invest” any more taxpayer money in pie-in-the-sky projects that make adults feel sanctimonious but do no long-term good for the kids. The problem we should address is the decline in marriage. There is no substitute for the enormous advantage to children who grow up in a home with their own mother and father. A better formula for helping kids to achieve in school would be to stop giving out financial handouts that operate as incentives to women who have babies outside marriage and then turn to Big Brother Government for financial support. Pre-K is another anti-marriage incentive.

For Immediate Release: May 10, 2022Contact: Ryan Hite, Communications Director Concerned Parents Are the Driving Force of Local and Midterm … END_OF_DOCUMENT_TOKEN_TO_BE_REPLACED

Phyllis Schlafly Eagles · May 16 | The Trickle-Down Effect of Bad Policies Good news arrived in the district court of the District of Columbia, … END_OF_DOCUMENT_TOKEN_TO_BE_REPLACED

What You Need to Know is American drug overdose deaths hit a new record. We are up to 107,000 Americans who have died in the last year because of … END_OF_DOCUMENT_TOKEN_TO_BE_REPLACED

What You Need to Know is how the left controls the Narrative Machine. Check out these two headlines — Senate bid to save Roe v. Wade falls to GOP-led … END_OF_DOCUMENT_TOKEN_TO_BE_REPLACED