The Christmas season is a time for children — and also a time to explode the myth of the alleged population explosion. Our birthrate today is only two children per family. We have already reached Zero Population Growth, and the birth rate is still falling. All over the country, hospitals have drastically reduced the size of their maternity wards or closed them down entirely. All those grade schools, which we built at such expense a few years ago, have declining enrollments. We face a future of becoming a nation of old people, instead of a country which has the vigor and dynamism of youth.

Somehow, a whole generation has been victimized into believing that people are pollution and that it’s patriotic not to have children. It is a good thing that such anti-children propaganda was not rampant in the early days of our country. If our ancestors hadn’t been hardy parents who had large families, America would still be a weak, little nation of a few million people huddled along the Atlantic coast.

Amitai Etzoni, Professor of sociology at Columbia University, in a recent study on population concluded: “We have been conditioned by years of intensive campaigns to view population growth as a source of many evils, including crowding, tough competition over ever scarcer resources, war, low standards of living, and so on. But as with most propagandistic campaigns, the fight for smaller families has looked away from the less attractive facets of the goal.”

Among the “less attractive facets,” Professor Etzoni lists an aging population making heavier demands for assistance to the elderly on a smaller number of producers; a contracting, declining economy, with more disputes over dividing the wealth because there is less to divide; and increased ethnic and racial strains. He calls attention to the fact that “if there will be fewer young producers and more older consumers, there will be less to go around.”

Two other countries which are almost as densely populated as the Netherlands are Belgium and Japan TM and they are also very prosperous. These three countries lack mineral wealth, but they are rich in a more important resource, namely, hard-working people. Their prosperity offers a striking contrast to India which has only half the population density, and China, which has only one-fourth the population density of the Netherlands.

The population-explosion mythmakers are spreading a big lie, they are promoting national decline, and they are depriving their victims of the glorious fun of children at Christmas.

What You Need to Know is Joe Biden is bottoming out. It’s just epic and astonishing how badly the administration is failing to adjust to the fallout. … END_OF_DOCUMENT_TOKEN_TO_BE_REPLACED 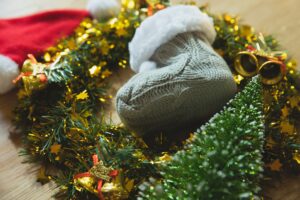 Phyllis Schlafly Eagles · December 22 | The Christmas Miracle of José Feliciano In the spirit of the Christmas season, I would like to tell you a … END_OF_DOCUMENT_TOKEN_TO_BE_REPLACED

If the education establishment wants to know why public schools don't get much respect from our citizenry, they need look no further … END_OF_DOCUMENT_TOKEN_TO_BE_REPLACED

Robert Strange McNamara belongs on the daytime soap operas. Better yet, his histrionics belong on Donahue or Geraldo or Sally Jesse Raphael. We are … END_OF_DOCUMENT_TOKEN_TO_BE_REPLACED

The dramatic exit last Friday by Rep. John Katko (R-NY), who announced he would not run for reelection, may have shocked liberals but was no surprise … END_OF_DOCUMENT_TOKEN_TO_BE_REPLACED