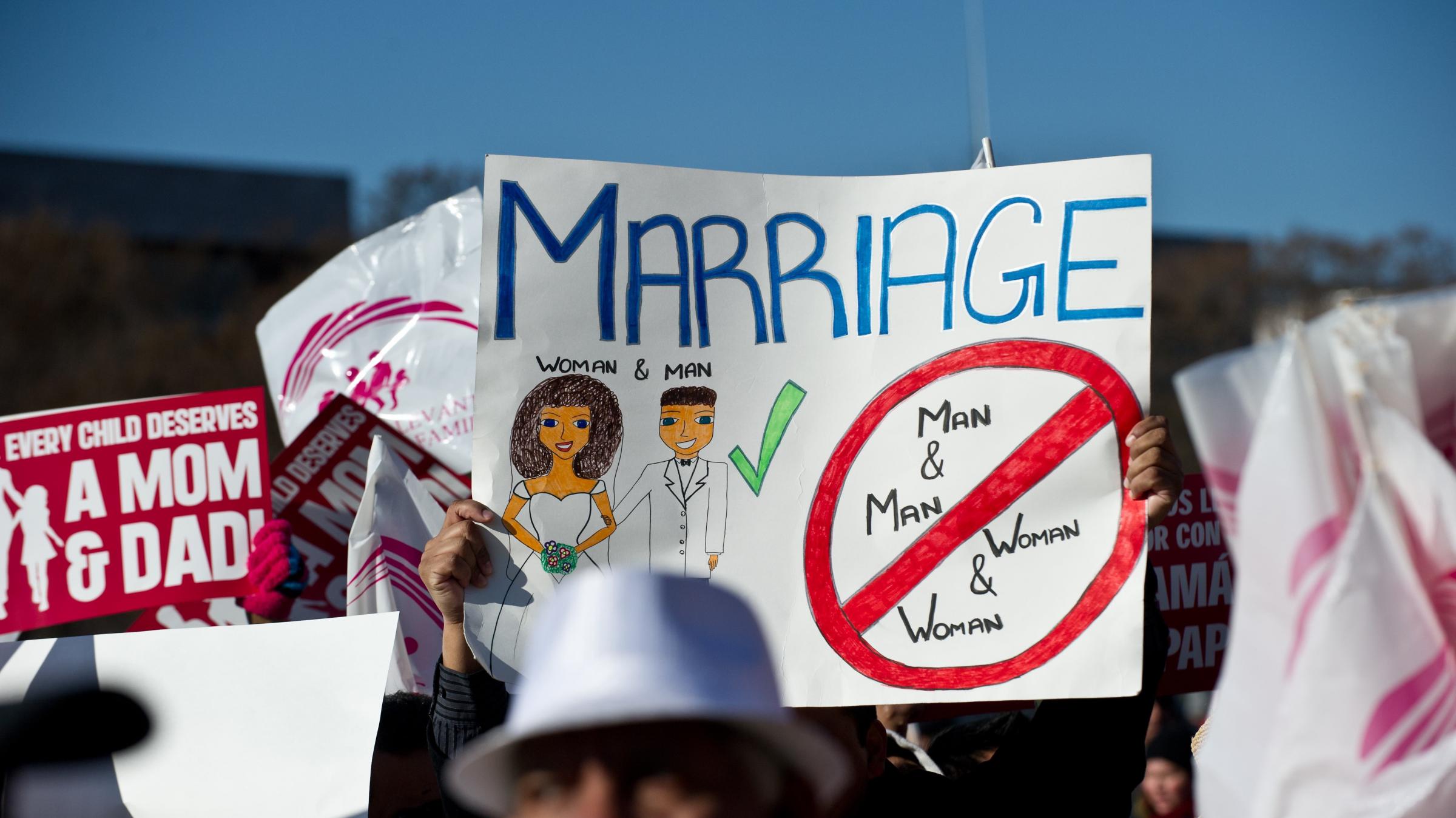 The institution of marriage as the union of one man and one woman has been fundamental to America ever since the founding of our nation.  The very first national Platform adopted by the Republican Party, in 1856, condemned polygamy and slavery as the “twin relics of barbarism.”

In recent years, there have been widespread attacks on marriage as the union of one man and one woman.  The gay rights attack, calling for laws to recognize same-sex couples, has received the most publicity.  The radical feminists have always been very anti-marriage, which is why they called their movement women’s liberation.  Liberation means liberating women from marriage, and so the feminists were the chief lobbyists for the unilateral divorce laws that were passed by all 50 states during the 1970s. While both those groups seek to change marriage by changing our laws, a third attack is coming from some libertarians who want to change marriage by denying government the right to set any standards or benefits for marriage.  These libertarians believe that marriage should be only a private contract between two people and that the terms of this union should be none of the government’s business.

I believe government has a proper role in protecting marriage and that government should defend its proper definition.  The primary purpose of government exercising control over marriage is to establish clear responsibility of the father as well as the mother for caring for those little bundles of helpless infants who appear when men and women do what comes naturally.

If the government fails to set standards for who may be married and allows personal contracts to be the only criterion, there would be no grounds to deny marriage to those who want to marry a child, or a sibling, or more than one wife, practices that are widespread in some other countries.  Yes, the government has a very important role in setting the definition and the standards for marriage.

Phyllis Schlafly Eagles · February 3 | "Woman" Is the Word of the Year The internet is a powerful tool that most of us use every day. … END_OF_DOCUMENT_TOKEN_TO_BE_REPLACED

What You Need to Know is about classified documents and presidential power! Joe Biden’s unmasking may be coming, thanks to the GOP House. The DOJ has … END_OF_DOCUMENT_TOKEN_TO_BE_REPLACED

What You Need to Know is Tucker is allowing the will of the people to be heard! When a huge block of Republicans and so-called conservatives are … END_OF_DOCUMENT_TOKEN_TO_BE_REPLACED