Today is the birthday of one of the most remarkable and successful women in modem history: Margaret Thatcher. She was born on October 13, 1925. She was the first and so far the only woman Prime Minister of the United Kingdom. Her influence on England is comparable to that of Queen Victoria or of Queen Elizabeth the First. Margaret Thatcher certainly was not a feminist. She proudly announced that she owed nothing to the feminist movement. 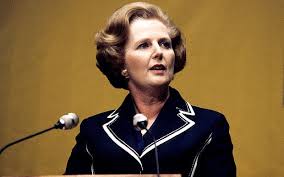 I had the pleasure of meeting Margaret Thatcher and I was impressed with her understanding of the principles that made America a great country. Here are some of her words from an interview she gave on a trip to the United States in 1996: "The Ten Commandments are addressed to each and every person. This is the origin of our common humanity and of the sanctity of the individual. Each one has a duty to try to carry out those commandments. You don't get that in any other political creed.… It is personal liberty with personal responsibility."

Continuing with Margaret Thatcher's words: We expect individuals to show "Responsibility to parents, to children, and to God. This really binds us together in a way that nothing else does. If you accept freedom, you've got to have principles along with responsibility. You can't do this without a biblical foundation. Your Founding Fathers came over with that. They came over with the doctrines of the New Testament as well as the Old. They looked after one another, not only as a matter of necessity, but as a matter of duty to their God. There is no other country in the world which started that way."

Margaret Thatcher was a staunch friend of President Ronald Reagan and they cooperated so successfully in bringing the Cold War to victory for Western civilization without firing a shot.