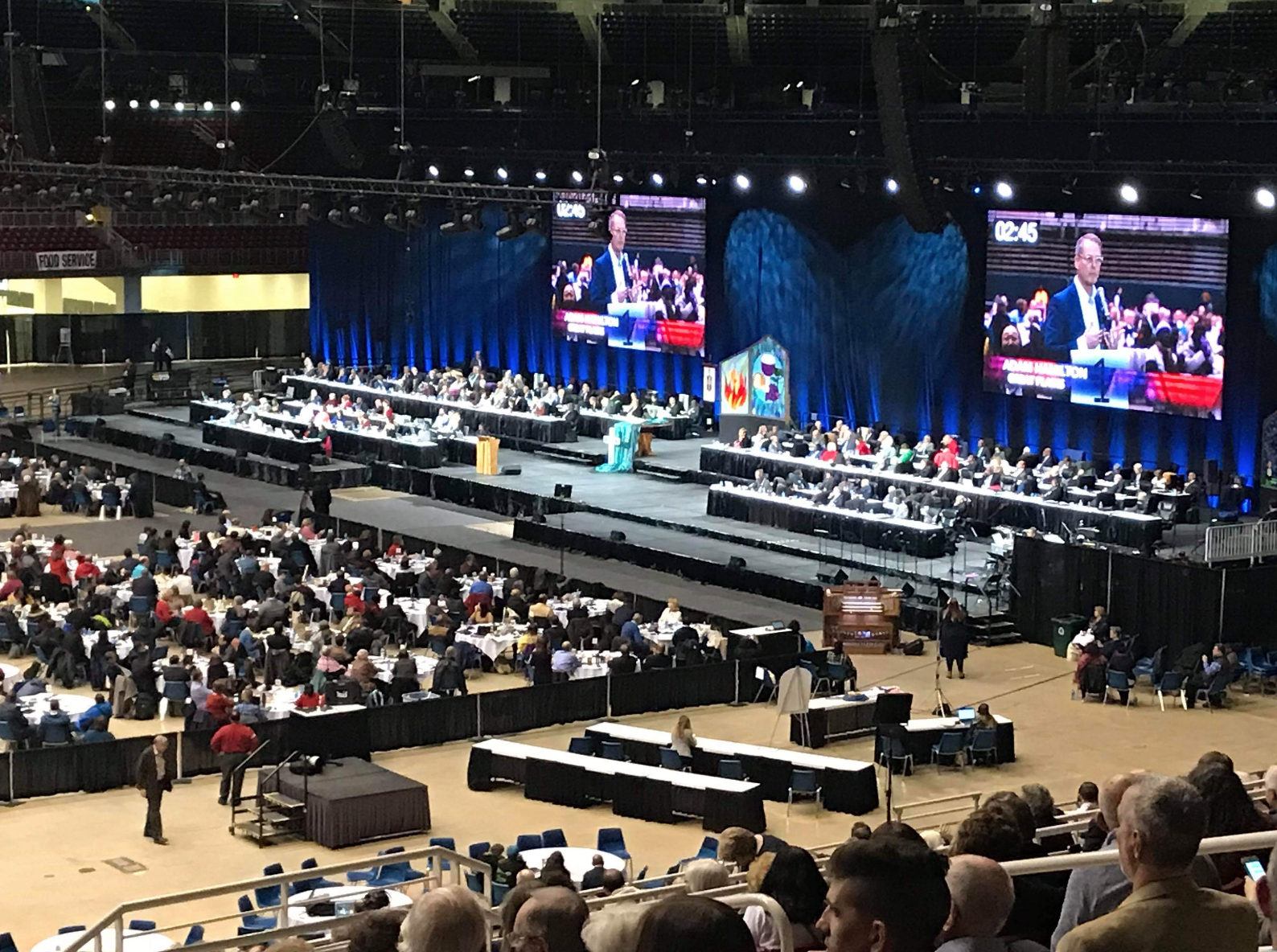 Two days after New Year’s, a group of Methodists announced a brokered settlement allowing the United Methodist Church to adopt same-sex marriage and ordain openly LGBTQ clergy.  If approved at its upcoming international conference in May, conservatives would have to accept this doctrinal change or get out.

A supermajority vote would be required before a conservative congregation could split off and continue with the traditional doctrine. The settlement offers them $25 million in church funds to leave, so this is clearly a clever way for the liberal side to buy off just enough opponents to take control of the entire church for themselves.

Why aren’t the liberals who lost the election by 6 percentage points the ones leaving instead? They don’t have the numbers, but they are doing a deceptive takeover to use church funds to buy themselves a majority.

If you are a history buff, you might recall how in the Russian Revolution of 1917 the victorious minority called themselves Bolsheviks which means majority and unfairly labeled their opponents as Mensheviks which means minority.  When Leftists are in the minority, they look for other ways to win. This buyout is a prime example of such deceptiveness. It even includes a $39 million payment on the issue of race, which is completely irrelevant to the marriage dispute. In all likelihood, it’s a thinly-veiled attempt to win over traditional African congregations.

Christianity Today, the same liberal magazine which called for President Trump to resign, quickly blessed the settlement. It declares that the deal is somehow “an answer to prayer.” In reality, the settlement is not a “schism” as it is being promoted.  It is an attempt to pay conservatives to leave their own church in order to allow the liberal minority to take over. That’s the way the left wins, even when they don’t have a majority.

Phyllis Schlafly Eagles · February 3 | "Woman" Is the Word of the Year The internet is a powerful tool that most of us use every day. … END_OF_DOCUMENT_TOKEN_TO_BE_REPLACED

What You Need to Know is about classified documents and presidential power! Joe Biden’s unmasking may be coming, thanks to the GOP House. The DOJ has … END_OF_DOCUMENT_TOKEN_TO_BE_REPLACED

What You Need to Know is Tucker is allowing the will of the people to be heard! When a huge block of Republicans and so-called conservatives are … END_OF_DOCUMENT_TOKEN_TO_BE_REPLACED