Feminists are forever whining about equal pay and the so-called pay gap between wages paid to men and women. Well, we’ve had the equal pay law since 1971 and there’s a big government agency to enforce the law and punish violators. Now the first thing to remember is that the law does not require that everybody 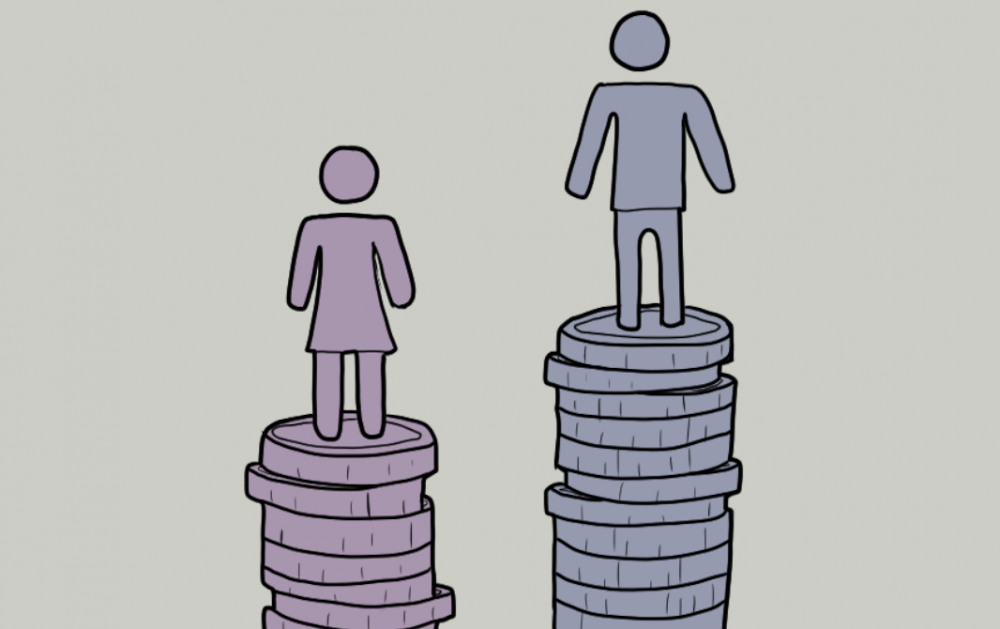 be paid the same; that’s communism. We believe in equal pay for equal work. Perhaps an even more important reason for women’s lower pay is the choices that women make in their personal lives, such as having children.

Women with children earn less, because they take more time off of the workforce, but childless women earn about the same as men.

Another fact is the influence of hypergamy, which means that women typically choose a husband or boyfriend who earns more than she does. Funny thing, men don’t seem to have that same preference for a higher-earning wife. While women prefer to have a higher-earning partner, men generally prefer to be the higher earning partner in a relationship. This simple but profound difference between the sexes has powerful consequences for the so-called pay gap.

Suppose the pay gap between men and women were magically eliminated. If that happened, simple arithmetic suggests that half of women would be unable to find what they regard as a suitable husband.

Now let’s look at preferences college courses. When you read a college catalogue, you find that there are no gender separations in courses of study.

There are no male math or female math courses. But not nearly as many women as men choose math; women generally choose college courses that pay less in the labor mark such as psychology or sociology. Those are choices that women themselves make. Those choices contribute to the pay gap.

Phyllis Schlafly Eagles · August 31 | Men and Abortion Among the many good things to come out of the Dobbs decision by the Supreme Court, the … END_OF_DOCUMENT_TOKEN_TO_BE_REPLACED

What You Need to Know is Facebook is part of the Narrative Machine! Mark Zuckerberg admits that the FBI gave them a heads up back in 2020 that there … END_OF_DOCUMENT_TOKEN_TO_BE_REPLACED

What You Need to Know is The Narrative Machine is Obsessed with Trump! First, it used to be called the Trump Exhaustion Syndrome now the left is … END_OF_DOCUMENT_TOKEN_TO_BE_REPLACED