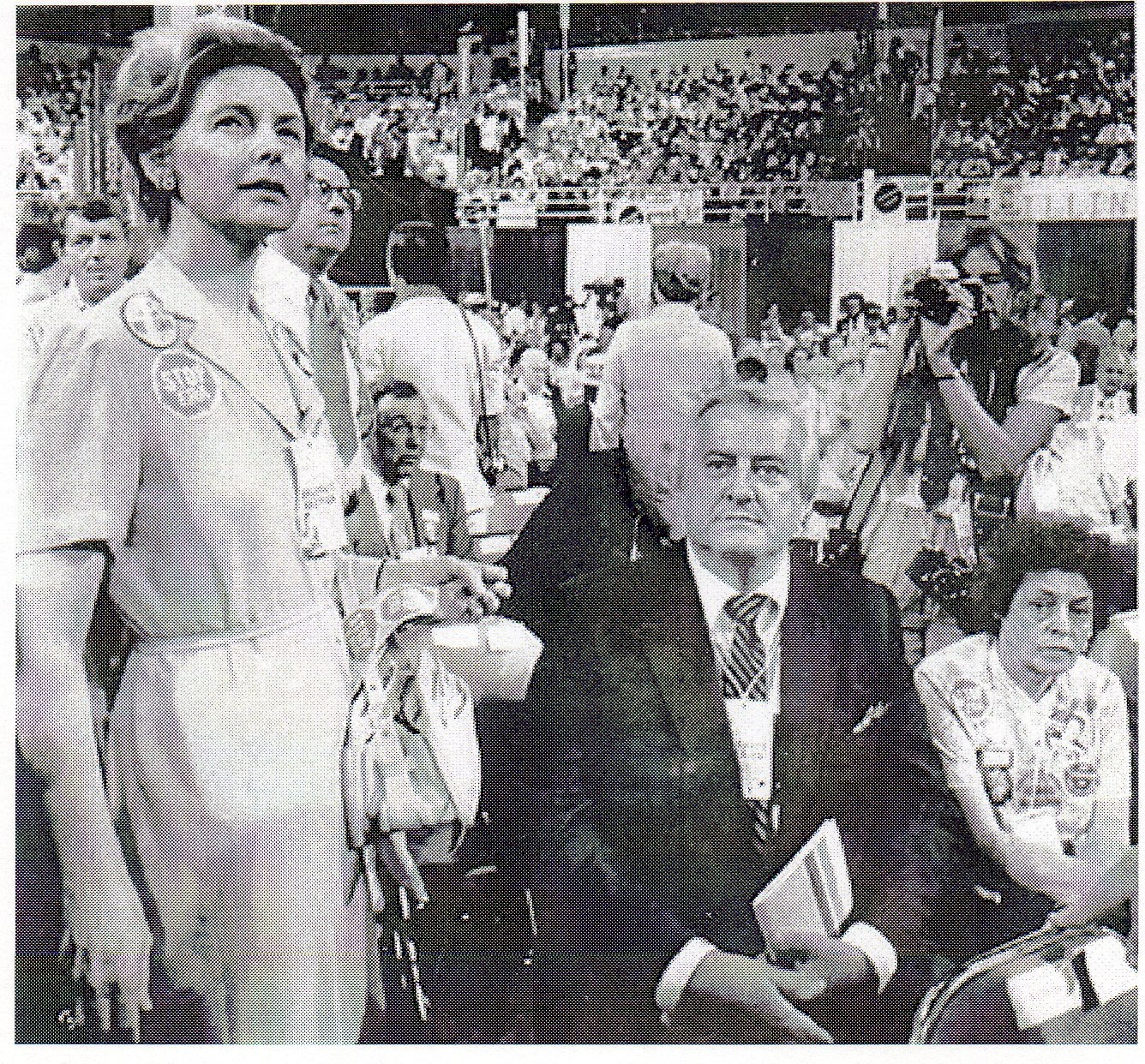 The Hyde Amendment has long been the single most important pro-life legislation at the federal level, originally enacted in 1976 and upheld on a 5-4 vote by the U.S. Supreme Court in 1980.  The amendment, which is an annual rider to the federal budget, prohibits the use of federal taxpayer dollars to fund abortion.

The late Congressman Henry Hyde, an ally of Phyllis Schlafly from Illinois, championed this ban against forcing taxpayers to subsidize abortion at the federal level.  This prohibition has been a mainstay of the Republican National Platform for decades, where Phyllis and Henry worked together tirelessly to preserve this pro-life plank of the GOP.

But it is in jeopardy now, as opponents of the unborn want Republican Senators to accept federal funding of abortion and thereby ostracize the pro-life issue from the halls of the Capitol.  The Senate is secretly plotting, behind closed doors, to “repeal and replace” Obamacare without including a ban on taxpayer-funded abortion, and pro-life organizations are being told to accept it.

The pro-life issue is a thorn in the side of the Senate leadership, as it interferes with their desire to pass what they want without regard for the interests of the unborn.  The pro-life issue hampers the cronyism preferred by senators who want to pick their friends, rather than pro-life nominees, to fill the more than 100 vacancies on the federal judiciary.

Majority Leader Mitch McConnell, a career politician who has been in the Senate for more than three decades, just gave his buddy Amul Thapar a lifetime appointment on the U.S. Court of Appeals for the Sixth Circuit, despite the lack of any pro-life record by Judge Thapar.  Meanwhile, McConnell’s wife, Elaine Chao, became one of the first confirmed Cabinet members back in January, without the resistance by senators which nearly every other nominee of President Trump received.

While McConnell held prompt votes for his family and friends, he does everything he can to duck and avoid the pro-life issue, while pretending to be for the unborn at election time.  Other senators also brag about having a so-called “100% pro-life voting record,” but that is only because they doggedly prevent any real votes from occurring on the issue.

Despite the pro-life mandate by the electorate last November, federal taxpayer funding of Planned Parenthood has continued with no end in sight, even after the shocking revelations of atrocities committed against the unborn by that organization. McConnell rushed through a continuing resolution in April that gave the pro-abortion side everything they wanted on the issue.

The House version to repeal and replace Obamacare, which passed on May 4, eliminated some of its worst parts and also prohibited the use of taxpayer funds to subsidize abortion under Obamacare.  But senators are quietly attempting to remove that ban in the version they seek to pass by July 4.

As senators often do whenever the issue of abortion comes up, they try to deflect the issue to someone else to decide it for them.  This time they outsourced the most important decision about the continuation of the Hyde Amendment to an unelected lawyer named Elizabeth MacDonough, who is the Senate parliamentarian.

The Senate can defer as much or as little as it likes to the parliamentarian.  But the Senate leadership wants her to say that the Hyde Amendment cannot be part of a reconciliation bill and that it can be filibustered by the Democratic minority.

McConnell showed that he can override the filibuster when he wants to, as he did in obtaining confirmation of Supreme Court Justice Neil Gorsuch.  The spectacle of McConnell and other Senate leaders trying to hide behind the skirt of an obscure parliamentarian to avoid voting on abortion is silly.

Obamacare, formally called the Affordable Care Act, subsidizes the purchase of health plans that cover abortion.  But Americans are overwhelmingly against compelling taxpayers to subsidize abortion, which is not health care.

If Senate leaders think they will be able to avoid the issue of abortion by deferring to a parliamentarian, they are sorely mistaken.  In September the money runs out and another continuing resolution will be required to avoid a government shutdown.

It was widely perceived on both sides of the aisle that Democrats walked all over Republicans in the last continuing resolution, not merely on abortion but on other issues, too.  President Trump has vowed to avoid a repeat of that fiasco again this fall.

Standing strong for the Hyde Amendment is essential to millions of pro-life Americans, so that they are not compelled to fund the taking of innocent life in the womb.  Any “repeal and replace” of Obamacare that does not preserve the 40-year tradition of the Hyde Amendment in prohibiting federal taxpayer-funded abortion would constitute an abdication of the pro-life principles of the Republican Party.

What You Need to Know is Minnesota is now the most unrestricted state in America on abortion. Governor Walz signed into law an awful bill yesterday … END_OF_DOCUMENT_TOKEN_TO_BE_REPLACED

For Immediate Release: January 26, 2022Contact: Ryan Hite, Communications Director Solution Staring Us In the Face to Save American Lives: Shut the … END_OF_DOCUMENT_TOKEN_TO_BE_REPLACED

What You Need to Know is the House GOP Must Exercise Power of the Purse. We’re back to following the money this week, this time in Congress! House … END_OF_DOCUMENT_TOKEN_TO_BE_REPLACED

Phyllis Schlafly Eagles · February 3 | "Woman" Is the Word of the Year The internet is a powerful tool that most of us use every day. … END_OF_DOCUMENT_TOKEN_TO_BE_REPLACED

What You Need to Know is Tucker is allowing the will of the people to be heard! When a huge block of Republicans and so-called conservatives are … END_OF_DOCUMENT_TOKEN_TO_BE_REPLACED