By February 1978, proponents of the Equal Rights Amendment were becoming desperate. Ratification of ERA had come to a stand-still. To regain momentum, the feminists turned to the same old liberal tactics to turn the tide in their favor. Phyllis Schlafly was keen enough to point out these tactics and expose them for the dirty tricks they were. As liberals get desperate today, drowning in a deluge of conservatism, they are turning to the same tactics. 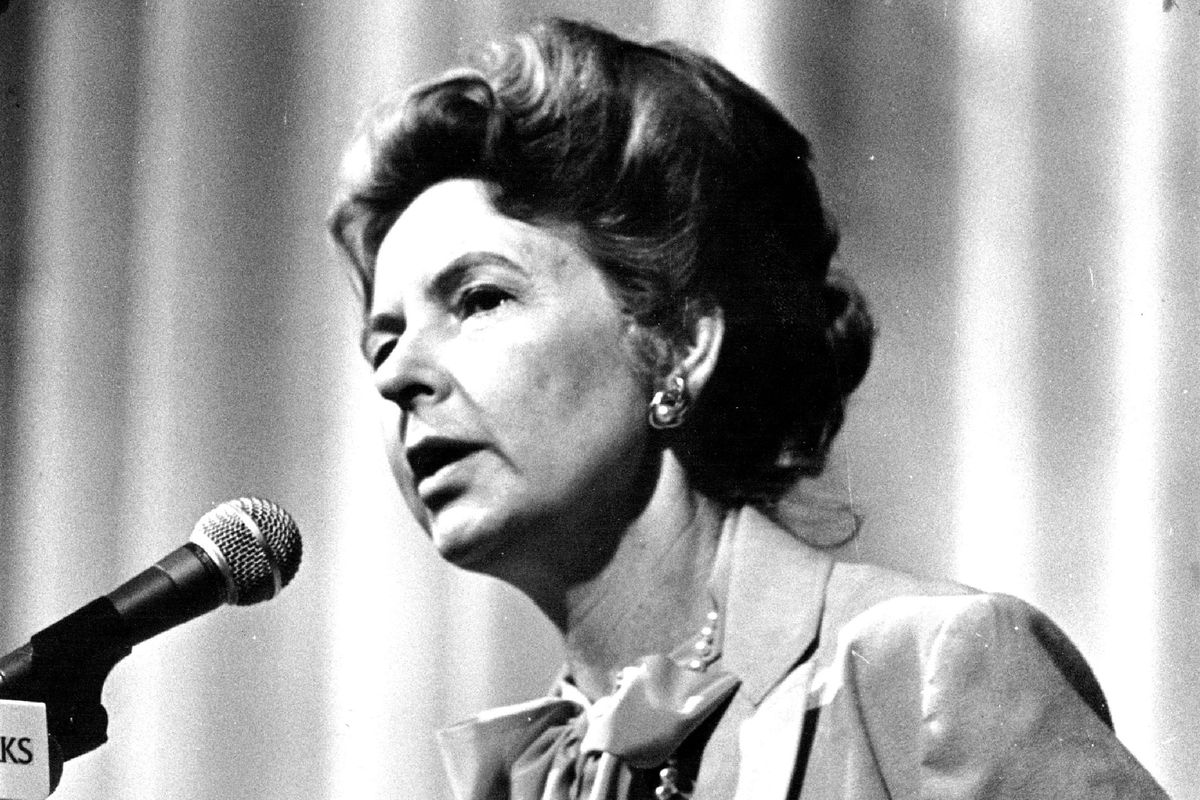 The first tactic Phyllis identified is the boycott. Feminists tried to punish states that would not ratify ERA by imposing a boycott. Not surprisingly, liberals are still using that tactic, especially with regard to the issue of transgenderism. However when liberals try to punish entire states for a policy they don’t like, people are left thinking as Phyllis Schlafly did in 1978, “If there were any merit to [it], its supporters would not need to resort to the tactics of tantrum and revenge.”

The second tactic Phyllis identified is changing the rules. In the case of ERA, Congress changed the rules to illegally extend the Constitutional deadline to ensure its ratification. Liberals today do the same thing with the courts. If they don’t like what the Constitution says, they simply petition to have their friends on the federal judiciary change it.

The third tactic Phyllis identified is federal funding. Feminists sought to revive their dying movement by holding a series of conferences with millions of taxpayer dollars. This proved conclusively that their movement could not exist without federal aid. Similarly, the liberals of today fight incessantly to secure hundreds of millions of dollars for such places as the abortion mill known as Planned Parenthood.

Whether it’s the feminists Phyllis battled in 1978 or the liberals we face today, there’s nothing new under the sun. They are still calling for boycotts, still changing the rules, and still begging for federal funding. Phyllis overcame these three tactics by using good strategy, clear speech, and strong facts. Let’s learn from her today so we can see these liberal agenda items join ERA on the ash heap of history.

Phyllis Schlafly Eagles · November 5 | The Gender Equality of Communism When you think of the communist Soviet Union, what do you think of? The … END_OF_DOCUMENT_TOKEN_TO_BE_REPLACED

If the education establishment wants to know why public schools don't get much respect from our citizenry, they need look no further … END_OF_DOCUMENT_TOKEN_TO_BE_REPLACED

Robert Strange McNamara belongs on the daytime soap operas. Better yet, his histrionics belong on Donahue or Geraldo or Sally Jesse Raphael. We are … END_OF_DOCUMENT_TOKEN_TO_BE_REPLACED

What You Need to Know is Kendi gets paid! Fairfax, Va. School District Spent $24,000 On Ibram Kendi Books For U.S. History Classes. And the … END_OF_DOCUMENT_TOKEN_TO_BE_REPLACED