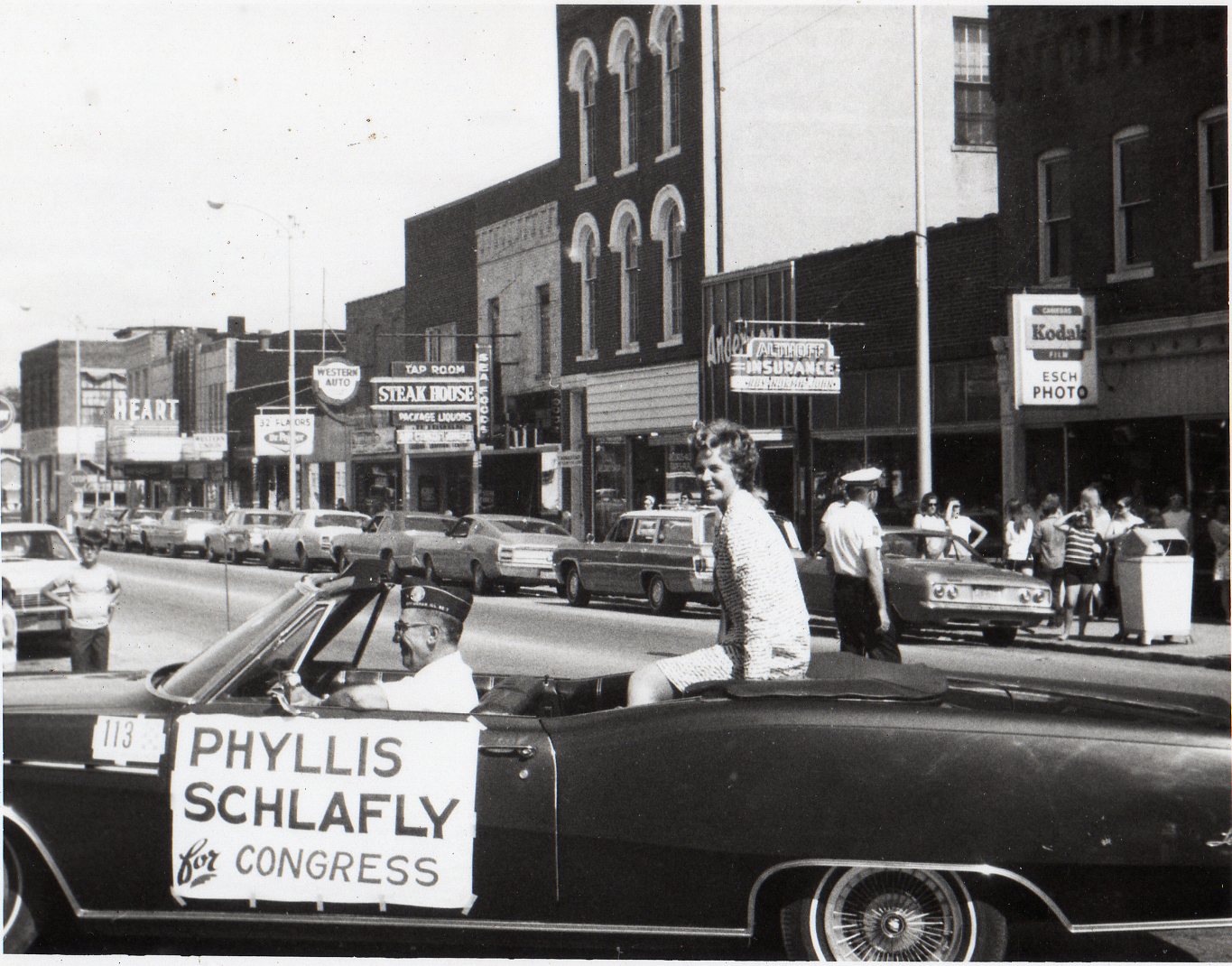 To some people, it might be said that Phyllis Schlafly lived a life of contradiction. Feminists said in debates that the very fact that Phyllis could publicly debate was a privilege she owed to the feminist movement. They said Phyllis was a liberated woman who fought against liberation. Phyllis didn’t see things that way. She repeatedly said that she saw absolutely nothing good coming from the women’s liberation movement.

One common claim of the feminists of the 1970s was that they were successors to the suffragettes. In the feminists’ eyes, to oppose them was to oppose women’s right to vote. That’s why they called themselves “Second Wave” feminists. The implication is that women’s suffrage was the first wave, followed by the pro-ERAers in the second wave.

Despite their claims, it’s difficult to establish an ideological link between the feminists of the 1970s and the suffragettes. One wanted liberation, the other wanted participation. One wanted unrestricted abortion and lesbian privileges, one just wanted a vote. Besides, Phyllis Schlafly said numerous times that she was entirely in favor of women’s suffrage. To tie her criticism of feminism to the suffragettes is intellectually dishonest.

Feminists also tried to foster their legitimacy by saying they were needed to overcome discrimination in higher education. However, Phyllis Schlafly was living proof to the contrary. She went to Washington University and Harvard in the 1940s, long before the women’s liberation movement came on the scene. Phyllis’s mother went to college before her. In Phyllis’s mind, it was clear women didn’t need liberation to go to school.

As Phyllis saw it, the women’s liberation movement had to be advocating for “liberation” from something, and that something must be “husband, home, and family.” The feminists wanted women to take on the added burden of providing for themselves rather than honoring the traditional family where the husband is responsible to support his wife. That made the ERA more of an “Extra Responsibilities Amendment” than an “Equal Rights Amendment.” If that’s what the women’s libbers were pushing, it’s no wonder Phyllis Schlafly said she didn’t owe anything to them. Women are much better off without the feminist movement.

What You Need to Know is we are in a proxy war with Russia. Until now, we’ve been able to at least try to say we have given Ukraine defense weapons … END_OF_DOCUMENT_TOKEN_TO_BE_REPLACED

What You Need to Know is a lesson on documents and double standards. Suddenly everyone has classified documents and everyone is spinning the stories … END_OF_DOCUMENT_TOKEN_TO_BE_REPLACED

What You Need to Know is to thank the Freedom 20 who took up the House Speaker fight last week. Get the list here — it only takes 3-5 minutes … END_OF_DOCUMENT_TOKEN_TO_BE_REPLACED

What You Need to Know is the House GOP Must Exercise Power of the Purse. We’re back to following the money this week, this time in Congress! House … END_OF_DOCUMENT_TOKEN_TO_BE_REPLACED

Phyllis Schlafly Eagles · February 3 | "Woman" Is the Word of the Year The internet is a powerful tool that most of us use every day. … END_OF_DOCUMENT_TOKEN_TO_BE_REPLACED