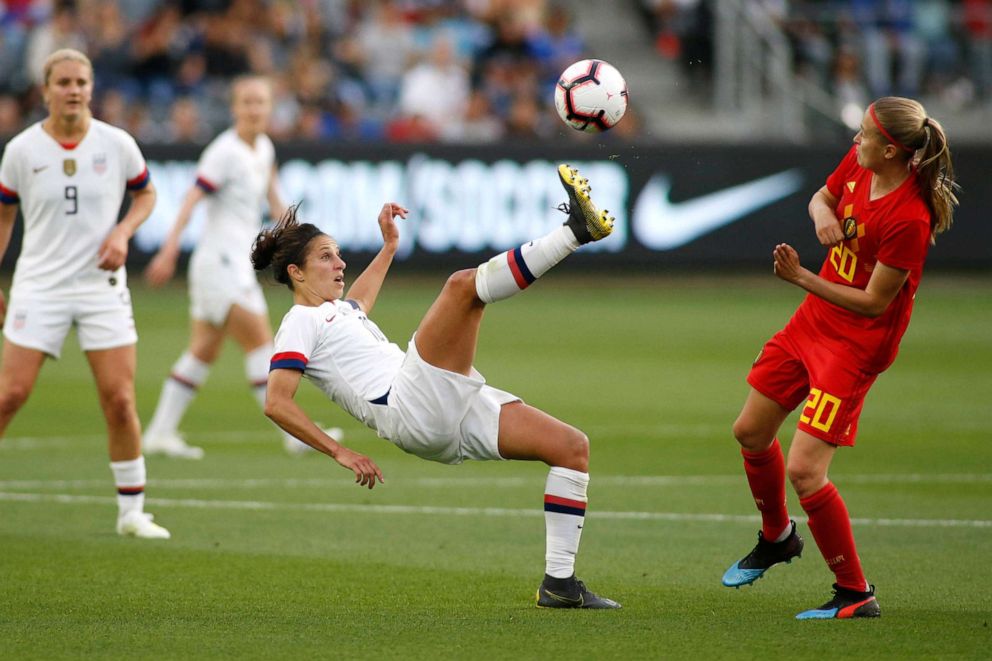 Everybody’s heard about America’s record-breaking national women’s soccer team, but the biggest record broken by the team was not on the field, but in the hype they received from the media.  No sports team has ever benefited from so much free publicity. Americans have never really been interested in soccer as a spectator sport, but they sure are eating up the politics.

Empty seats plagued the French stadium where the matches were played for the Women’s World Cup. The American television audience for the finals was 38% lower than four years ago.  Some attribute the viewership decline in the finals to the fact that the game was scheduled midday on a Sunday, but American football never has a problem attracting fans at that time.

But let’s not allow facts to stand in the way of the liberals’ narrative for this situation.  Their real game here is for “pay equity,” a demand that women be paid as much as men. Of course, they aren’t talking about being paid for doing the same job, but for doing different jobs. The men are faster, stronger, and more athletic in playing soccer, but the women demand to be paid as much. The men’s team draws in far more views, not to mention more money in advertising and merchandise. Despite these cold hard business facts, the women soccer players sued the United States Soccer Federation in order to be paid as much as men.

Paying women the same would mean reducing the pay of men’s soccer players based on a judge setting salaries, rather than the free market doing that.  From there it is an easy corner kick to have judges change the salaries across the United States for everyone, with men taking the hit.

There is a political goal line for Team Feminist on this, too.  They want the White House, the Senate, and the Supreme Court to be run by women. They want businesses to be run by women. And, by the way, they do not mean conservative women. Making the ridiculously logic-deficient appeals for the women’s soccer team is only their way of moving the ball a little further down the field for Team Feminism.

What You Need to Know is the House GOP Must Exercise Power of the Purse. We’re back to following the money this week, this time in Congress! House … END_OF_DOCUMENT_TOKEN_TO_BE_REPLACED

Phyllis Schlafly Eagles · February 3 | "Woman" Is the Word of the Year The internet is a powerful tool that most of us use every day. … END_OF_DOCUMENT_TOKEN_TO_BE_REPLACED

What You Need to Know is Tucker is allowing the will of the people to be heard! When a huge block of Republicans and so-called conservatives are … END_OF_DOCUMENT_TOKEN_TO_BE_REPLACED