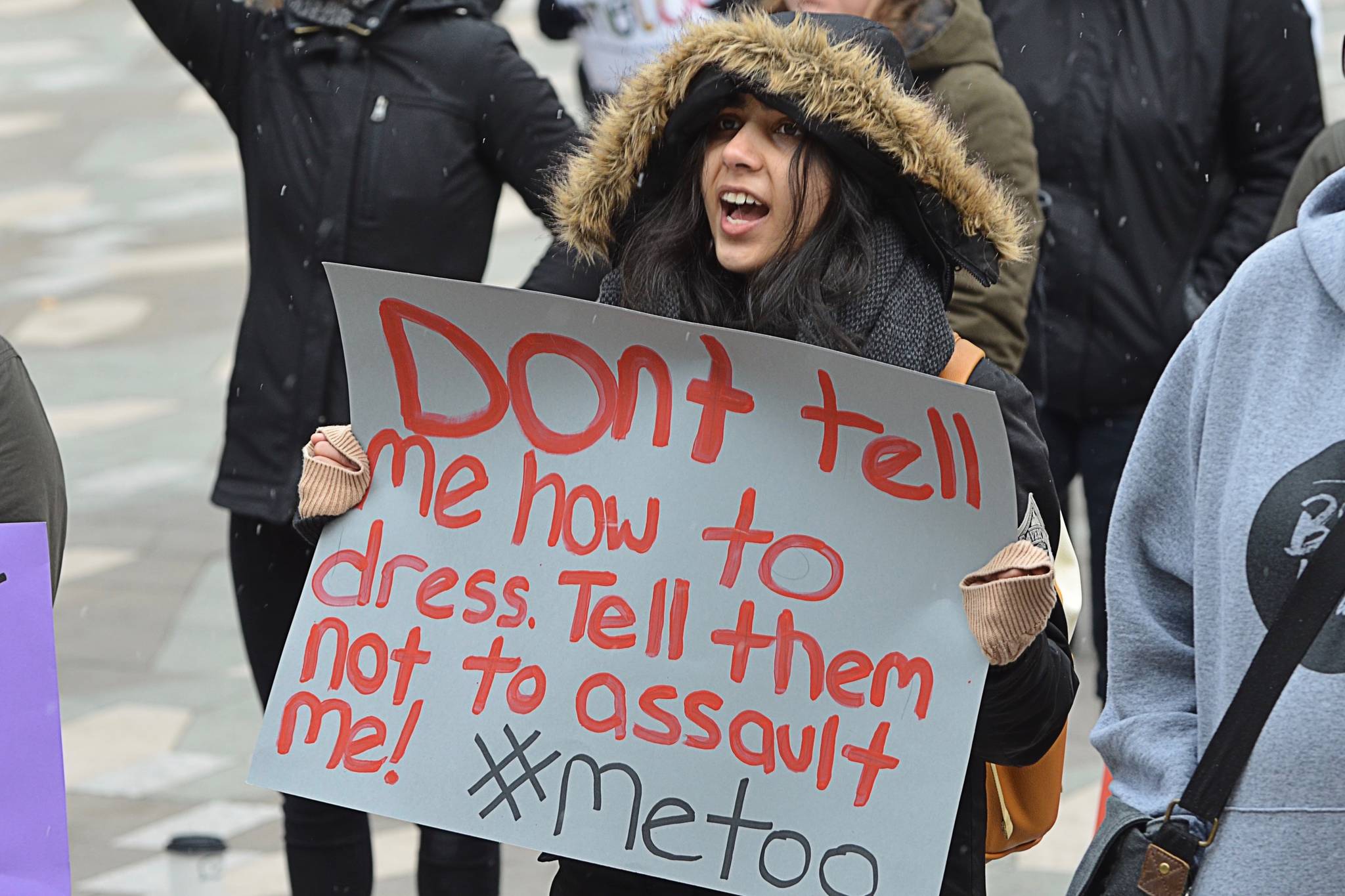 In an October Interview, Hillary Clinton flatly denied that her husband Bill’s White House indiscretions were an abuse of power. She also said that he was right not to resign amid the scandal – despite being impeached on perjury and obstruction charges. This statement adds nicely to her total defense of her husband over the years, despite many proven and many more credible allegations against him.  It also adds irony to her comments just weeks earlier that Justice Brett Kavanaugh’s accusers should be given the benefit of the doubt, and Kavanaugh’s seat on the court undermined the image of a fair judiciary. 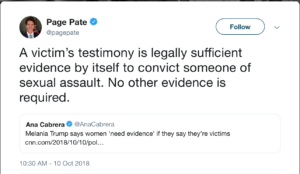 There it is, straight from the #MeToo defenders… The Fifth Amendment to the U.S. Constitution, defending due process, no longer matters.

You see, Hillary believes that #MeToo should apply only to others, not her husband. This view is prolific among Democrats, and the reason it’s shocking when any Democrat gets swept up in the #MeToo hatred. The fact is, the radical feminist movement started and perpetuated by liberals like Hillary Clinton has now grown into a fully-matured social justice movement. #MeToo has become a behemoth too big to control, and the democrats are starting to feel the heat come right back at them.

This spiral out of control is a big reason that confirming Justice Brett Kavanaugh was so important. His hearings were a test for just how far unsubstantiated claims can go toward ruining good men and shifting the course of government itself. If these unsubstantiated claims are allowed to rule Senate proceedings or any other official body, then radical left wing feminists have total clearance to mow down anyone in their path. No more due process. No more legal structure defending the innocent.

Adding to this, a former law professor from the University of Georgia tweeted in response to Melania Trump saying women “need really hard evidence” if they claim to be victims, CNN legal analyst Page Pate (a man) tweeted “A victim’s testimony is legally sufficient evidence by itself to convict someone of sexual assault. No other evidence is required.”

There it is, straight from the #MeToo defenders… The Fifth Amendment to the U.S. Constitution, defending due process, no longer matters. In the era of feminist accusations, evidence and facts literally no longer matter.

What You Need to Know is life matters across the board because it’s a great gift from God. The moment we’re in for the life movement is really key, … END_OF_DOCUMENT_TOKEN_TO_BE_REPLACED

What You Need To Know about Biden’s worst week as President. Andrea Kaye, guest host of the #ProAmericaReport, explains how this has been the worst … END_OF_DOCUMENT_TOKEN_TO_BE_REPLACED

What You Need To Know is common sense is being thrown out the window. Guest host Andrea Kaye explains that In Missouri, there are lines of people … END_OF_DOCUMENT_TOKEN_TO_BE_REPLACED

Phyllis Schlafly Eagles · November 5 | The Gender Equality of Communism When you think of the communist Soviet Union, what do you think of? The … END_OF_DOCUMENT_TOKEN_TO_BE_REPLACED

If the education establishment wants to know why public schools don't get much respect from our citizenry, they need look no further … END_OF_DOCUMENT_TOKEN_TO_BE_REPLACED

Robert Strange McNamara belongs on the daytime soap operas. Better yet, his histrionics belong on Donahue or Geraldo or Sally Jesse Raphael. We are … END_OF_DOCUMENT_TOKEN_TO_BE_REPLACED