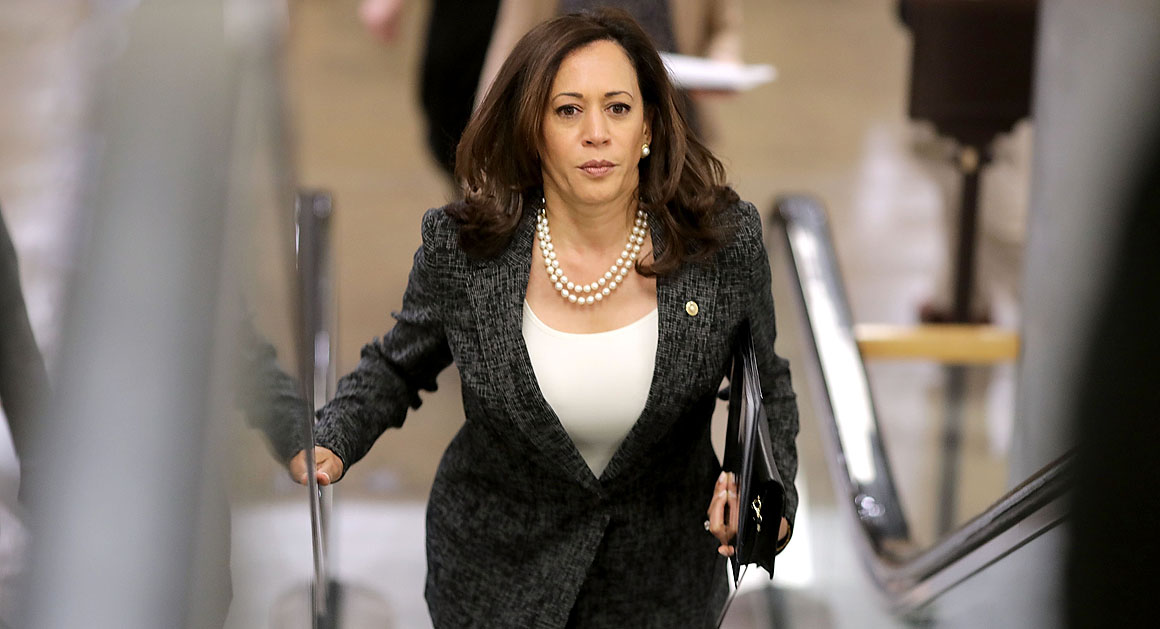 Senator Kamala Harris is one in a long line of Democrat presidential hopefuls gnawing at the bit to take a swing at President Trump next November. She is a multi-racial woman positioning herself as the most “diverse” candidate in the Democratic field.  She married a California lawyer at age 50 and has no children. When you toss the California liberal vibe with her lack of family and her former job as the attorney general in California, you have a mix that is sure to be a tough sell to the steelworkers and coal miners in Pennsylvania. There’s just no relatability there.

On top of her relatability issue, Kamala Harris is hurting herself with a radical plan to shift wages from gritty blue collar jobs to soft, safe jobs. To overcome the purported pay gap between men and women, she wants to hit companies with fines of 1% of their profits for every 1% in wage difference between more dangerous male jobs and less dangerous women’s jobs.

Harris’s proposal covers almost every bad idea opposed by Phyllis Schlafly, all in one package.  The theory of “comparable worth” was discredited in the 1980s. Kamala renamed it “equal pay” so she can pretend men and women are being paid unequally for the same work. In the real world, we know men are paid more than women because they tend to work longer hours and take more dangerous jobs. Women are more likely to work part-time or leave the workforce for years at a time so they can raise their children. There’s nothing wrong with women making those choices, but that doesn’t entitle them to make extra money above their value on the open market.

Kamala Harris’s proposal is not really about making things fair for men and women. It’s all about putting more taxes on hardworking Americans. Her fines would steal $180 billion over 10 years. Like other socialist schemes being floated by Democratic candidates, Sen. Harris’s proposal would bring the Trump jobs boom to a screeching halt.  It would be particularly hurtful to the men working blue-collar jobs rightly compensated for the higher risk and unpleasant working conditions they endure.

What You Need to Know is the House GOP Must Exercise Power of the Purse. We’re back to following the money this week, this time in Congress! House … END_OF_DOCUMENT_TOKEN_TO_BE_REPLACED

Phyllis Schlafly Eagles · February 3 | "Woman" Is the Word of the Year The internet is a powerful tool that most of us use every day. … END_OF_DOCUMENT_TOKEN_TO_BE_REPLACED

What You Need to Know is Tucker is allowing the will of the people to be heard! When a huge block of Republicans and so-called conservatives are … END_OF_DOCUMENT_TOKEN_TO_BE_REPLACED