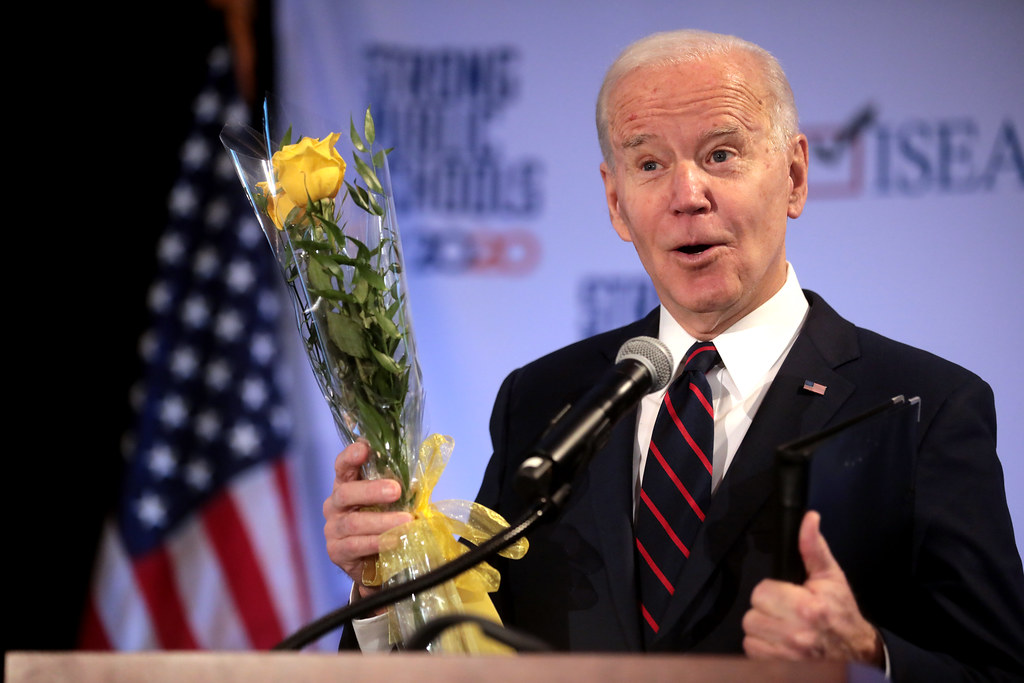 Even the debate moderators were stunned when Joe Biden pledged out of the blue to pick a woman as his running mate.  It was a calculated move designed to put President Trump in a box, while embarrassing Bernie Sanders. Biden is vulnerable with female voters and he knows it. You don’t have to search the internet long to find videos of Biden hugging and kissing women in ways making them uncomfortable. A female running mate is exactly what he needs to deflect this issue. Senators Kamala Harris, Elizabeth Warren, and Amy Klobuchar are all perfect fits to be Biden’s female human shield.

With a female running mate to provide cover for his own problems with women, Biden hopes to make gender a top issue in the presidential race. Apparently his over-paid advisors didn’t pay attention in 2016. Biden wants to double down on the gender rhetoric this time around. In addition to picking a woman for vice president, Biden also promised to appoint “the first black woman” to the Supreme Court.

He may even toss in his support for the failed feminist fantasy called the Equal Rights Amendment. If you read Article V of the Constitution, you’ll see the president has no role in amending the Constitution, but it clearly has some part in presidential politics. ERA was the final point of contention between Ronald Reagan and Jimmy Carter during their only debate in 1980.

Reagan was totally prepared to take on this issue. He defended his opposition to ERA by saying ERA supporters could have worked on revising any discriminatory laws rather than trying to mess with the Constitution. In practice, ERA would invalidate the Violence Against Women Act which Joe Biden brags that he wrote and passed in 1994. Gender distinctions would not be allowed in any federal or state law if ERA were to become a part of the Constitution.

Mark my words, Joe Biden will do everything he can to paint himself as the ideal candidate for women voters. Pledging to pick a female running mate is only the first step. None of his positioning can take away the fact that only conservative principles give women and girls the freedom to be all that they can be.

What You Need to Know is the House GOP Must Exercise Power of the Purse. We’re back to following the money this week, this time in Congress! House … END_OF_DOCUMENT_TOKEN_TO_BE_REPLACED

For Immediate Release: January 26, 2022Contact: Ryan Hite, Communications Director Solution Staring Us In the Face to Save American Lives: Shut the … END_OF_DOCUMENT_TOKEN_TO_BE_REPLACED