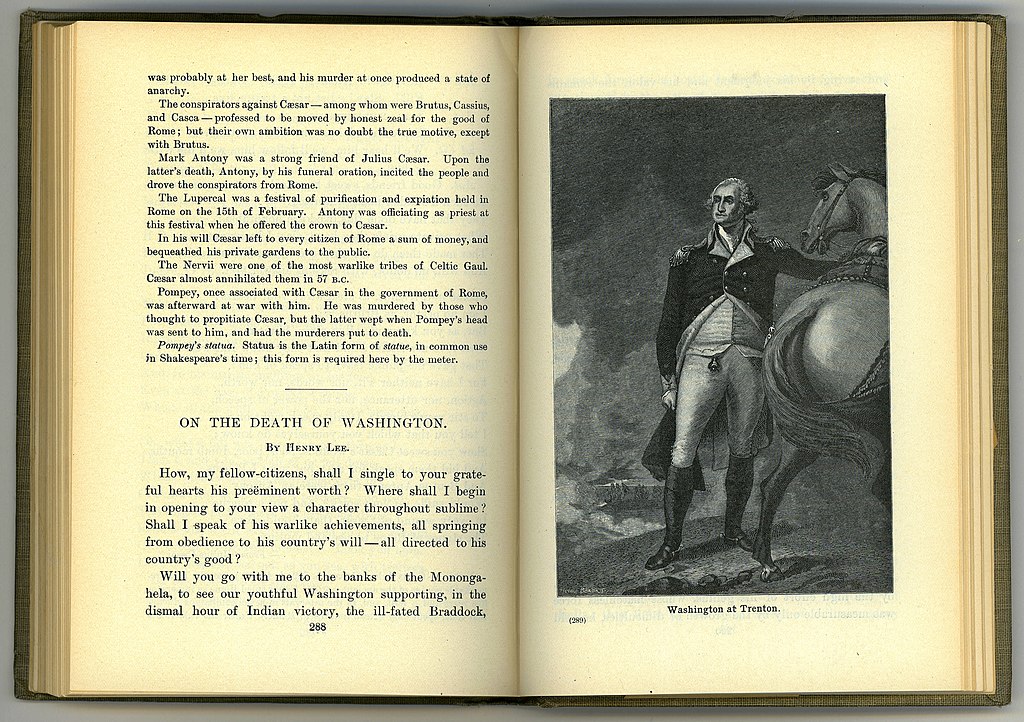 Phyllis Schlafly Eagles · May 4 | Who Sold a Million Books a Year?

Any modern author would be thrilled to sell a million books.  I am forever thrilled that I sold 3-1/2 million copies of my book, “A Choice Not An Echo,” in 1964.  That was the book that launched the conservative movement because it described the shenanigans of the so-called Kingmakers who were dictating our nominees for U.S. President.  But we are all outpaced by William McGuffey who sold a million copies a year for 100 years of his McGuffey Readers.  Generations of schoolchildren read them, making them some of the most influential books of all time.   William McGuffey, who died on May 4, 1873, was a professor at the University of Virginia, and then president of Ohio University, and he obviously understood how to teach small children to read and to get them reading age-appropriate stories that taught good morals, good manners, and good lessons about American history.  The McGuffey Readers became the mainstay of American education for generations.

In the foreword of McGuffey’s Reader published in 1836, McGuffey wrote: “The Christian religion is the religion of our country.  From it are derived our prevalent notions of the character of God, the great moral Governor of the universe.  On its doctrines are founded the peculiarities of our free institutions.”  In McGuffey’s 5th Reader, published in 1879, McGuffey included a lesson by William Ellery Channing entitled “Religion: The only Basis of Society.”  How powerless conscience would become without the belief of a God.  Erase all thought and fear of God from a community, and selfishness and sensuality would absorb the whole man. … Man would become what the theory of atheism declares him to be.”

It is so unfortunate that wholesome stories that teach good moral lessons are no longer taught in our public schools.

Today, you can get Phyllis Schlafly’s great reading programs, for first readers or older learners, based on phonics, and everything you need in a logical, sequential system of phonics, with complete, easy instructions, each all in one book.

Get First Reader for young learners

Get TurboReader for older children and adults.

Phyllis Schlafly Eagles · May 19 | Boys and Girls and Grades? ** Previously recorded by Phyllis Schlafly // May 2015 ** Colleges claim they … END_OF_DOCUMENT_TOKEN_TO_BE_REPLACED

For Immediate Release: May 10, 2022Contact: Ryan Hite, Communications Director Concerned Parents Are the Driving Force of Local and Midterm … END_OF_DOCUMENT_TOKEN_TO_BE_REPLACED

Phyllis Schlafly Eagles · May 16 | The Trickle-Down Effect of Bad Policies Good news arrived in the district court of the District of Columbia, … END_OF_DOCUMENT_TOKEN_TO_BE_REPLACED

Phyllis Schlafly Eagles · May 5 | How Effective Is Social Justice Military Recruitment? As Covid subsides, the tyranny that exploited it continues. … END_OF_DOCUMENT_TOKEN_TO_BE_REPLACED

Phyllis Schlafly Eagles · April 29 | When Will We Cancel Darwin? For those of you who haven’t heard, cancel culture is the latest trend among … END_OF_DOCUMENT_TOKEN_TO_BE_REPLACED

What You Need to Know is the Border is about to be totally open! In just a few days we are going to see around 18,000 illegal aliens crossing our … END_OF_DOCUMENT_TOKEN_TO_BE_REPLACED