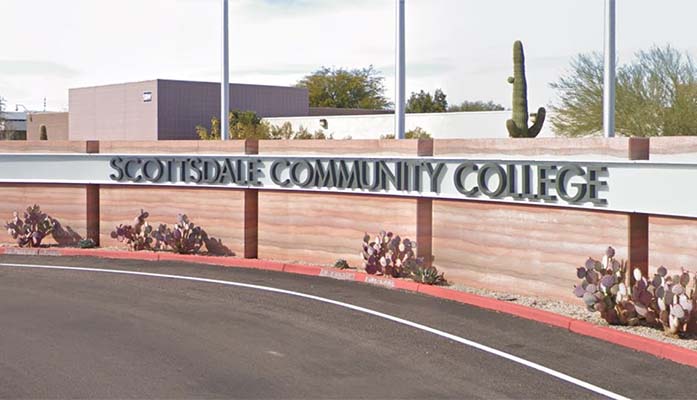 If you’ve listened to many of these Phyllis Schlafly Commentaries, I’m sure you’ve heard me talk about the leftist agenda on many college campuses. At Phyllis Schlafly Eagles, we consider it an important part of our mission to call out this agenda so parents can be more informed about where they’re sending their kids off to every autumn. However, today I’d like to applaud a college for standing up for what’s right in spite of terrible pressure from the left. Scottsdale Community College rightly defended a professor who didn’t ignore radical Islam when teaching his students about contemporary terrorism.

On a quiz, Dr. Nicholas Damask asked his students “Who do terrorists strive to emulate?” The obvious answer to this question is “Mohammad,” but the politically correct left was still outraged. They also objected to such questions as “Terrorism is [blank] in Islam” and “Where is terrorism encouraged in Islamic doctrine and law?” Factually speaking, it is undeniable that terrorism is justified within the context of jihad in Islam. Likewise, the Medina verses in the Qur’an clearly encourage terroristm against non-Muslims. Despite these historical facts, Professor Damask received a stream of death threats and other messages too vile to be repeated here. One even called for a shooting on Scottsdale Community College’s campus.

As you might expect from the liberals in academia, the school initially promised that Professor Damask would be forced to apologize for the questions. However, that didn’t deter the conservative professor, who doubled down by citing specific primary source documents proving his point. Eventually, Chancellor Steven Gonzales apologized to Dr. Damask and issued a statement to the public about the importance of academic freedom. The statement asserts that “Education at our institution is open to all individuals regardless of their beliefs or backgrounds…. We also expect our students and faculty to engage fully with the ideas and perspectives of others, even when they disagree with each other.” I applaud Chancellor Gonzales for taking this bold step. The freedom to make civil arguments backed up by facts should be the foundation of every institution of higher learning in America.

Phyllis Schlafly Eagles · February 3 | "Woman" Is the Word of the Year The internet is a powerful tool that most of us use every day. … END_OF_DOCUMENT_TOKEN_TO_BE_REPLACED

Proving once again that he is in touch with ordinary Americans, Donald Trump selected education for the first video message of his 2024 presidential … END_OF_DOCUMENT_TOKEN_TO_BE_REPLACED