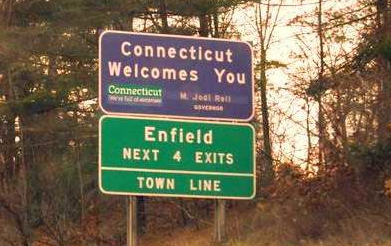 What would you call an adult who asks eighth graders very personal questions about their sexual likes and dislikes? If you are a dad like me, you probably call that person a creep. No adult has the right to ask hyper-sexual questions of eighth graders and then instruct the kids not to tell their parents about what was discussed. Normal people call that grooming, but your local school board might call that teaching.

This exact scenario played out in Enfield, Connecticut, where a public school gave eighth graders a sex questionnaire using pizza toppings as euphemisms for sexual acts. The children were told to build their favorite type of pizza using what sexual acts they were comfortable with. Outraged parents flooded to the next school board meeting to voice their concerns. Laughably, the response from the school board was that the assignment was given “by accident.” They actually claimed to have accidentally shared the wrong page from the curriculum.

The parents of Enfield can decide what they want to believe, but I don’t buy that story for one second. These creeps asked children about their sexual preferences and then claimed it was all a mistake like a bad episode of “To Catch A Predator.” However, let’s humor them and pretend that what they are saying is true. If they really did hand out the wrong page from the curriculum, parents should be asking why their schools are using this creepy curriculum in the first place. Any curriculum that treats this sick behavior as normal cannot be trusted to teach our children.

Either way, the first thing parents need to do is stop treating this like it is normal. These adults should not be asking children about sexual preferences, period. It does not matter if they are teachers, this is still creepy. Any “our little secret” relationship between teachers and students is dangerous and unhealthy. They want you to think that you are alone for thinking so, but any parent with half an ounce of common sense will agree with you. Do what the parents of Enfield did. Band together, rise up, and make your voices heard.

Phyllis Schlafly Eagles · May 19 | Boys and Girls and Grades? ** Previously recorded by Phyllis Schlafly // May 2015 ** Colleges claim they … END_OF_DOCUMENT_TOKEN_TO_BE_REPLACED

For Immediate Release: May 10, 2022Contact: Ryan Hite, Communications Director Concerned Parents Are the Driving Force of Local and Midterm … END_OF_DOCUMENT_TOKEN_TO_BE_REPLACED

What You Need to Know is Montpelier is going Woke. Soledad O’Brien is now on the board of directors of Montpelier, James Madison’s home. She is part … END_OF_DOCUMENT_TOKEN_TO_BE_REPLACED

What You Need to Know is the Border is about to be totally open! In just a few days we are going to see around 18,000 illegal aliens crossing our … END_OF_DOCUMENT_TOKEN_TO_BE_REPLACED