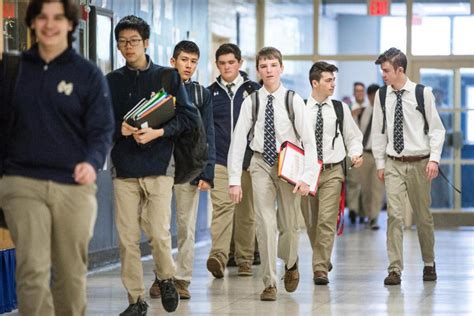 One of the longtime goals of the feminist movement has been to eliminate all single-sex schools and make all schooling  from kindergarten  through college coed. The feminists claim, without any proof, that single-sex classes discriminate against girls.

The feminists have succeeded in making  most colleges coed. However, the No Child Left Behind Act allows public schools to have voluntary single­ gender classes under certain conditions, and hundreds of public schools have introduced this option because it seems to stimulate improvement on national tests.

You’ve heard that the feminists believe in “choice”? Don’t believe it; when it comes to single-sex classes, they don’t want to allow any choice whatsoever. The feminists, with their good friends the ACLU, have filed suit in a number of  cases to get the schools to cancel the single-sex classes.

Nobody requires kids to be in single-sex classrooms; those classes are just offered as an option, but the  feminists  and the  ACLU want to eliminate the choice.

It’s important to point out that it’s not merely separating boys and girls into separate rooms that is helpful. Different curricula and teaching methods should be adopted to reflect the different interests and needs of boys and girls. I discovered this difference with my own grandchildren. All the children in my family are taught to read at home at age 5 using my First Reader. My daughter taught her twin daughters easily at age 5, but their brother, two years younger, resisted the teaching. He saw absolutely no utility in learning how to read. It wasn’t on his agenda for fun things to do.

We finally realized that the girls were reading fairy tales and stories about princesses and pretty clothes, and that had no interest for the boy. It was only after the boy discovered he could read about exciting adventures and battles that he became willing to be taught how to read.

Phyllis Schlafly Eagles · February 3 | "Woman" Is the Word of the Year The internet is a powerful tool that most of us use every day. … END_OF_DOCUMENT_TOKEN_TO_BE_REPLACED

What You Need to Know is Tucker is allowing the will of the people to be heard! When a huge block of Republicans and so-called conservatives are … END_OF_DOCUMENT_TOKEN_TO_BE_REPLACED

What You Need to Know is Minnesota is now the most unrestricted state in America on abortion. Governor Walz signed into law an awful bill yesterday … END_OF_DOCUMENT_TOKEN_TO_BE_REPLACED

What You Need to Know is the House GOP Must Exercise Power of the Purse. We’re back to following the money this week, this time in Congress! House … END_OF_DOCUMENT_TOKEN_TO_BE_REPLACED