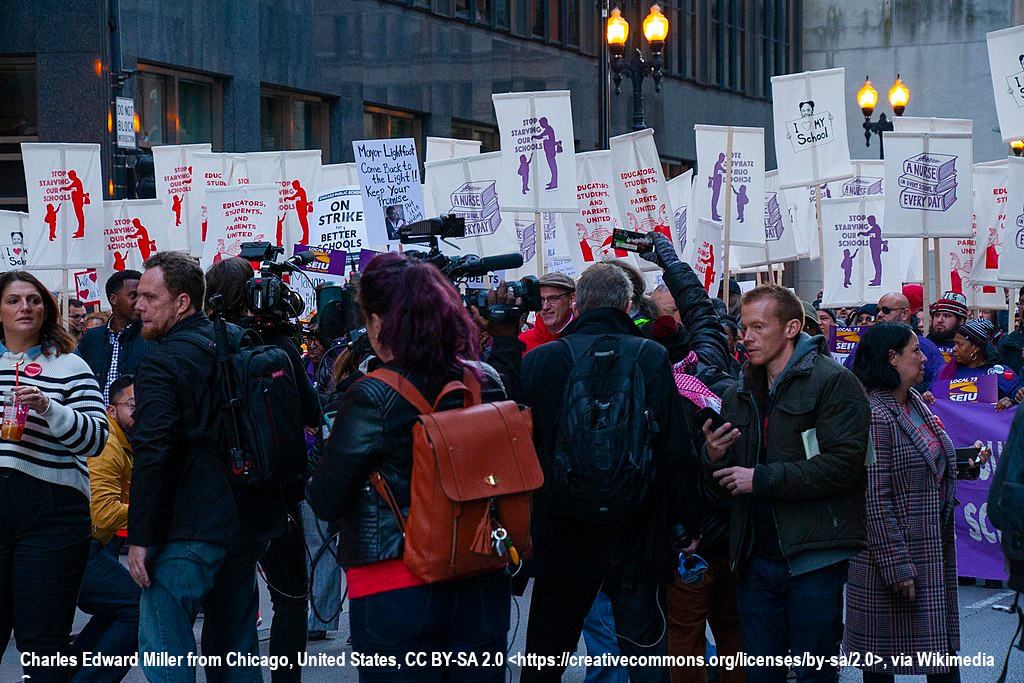 Phyllis Schlafly Eagles · February 11 | Parent Asks Teachers Union: "Why Are They So Special?"

On the second day after coming back to school for the year, the Chicago Teachers Union voted to refuse to teach in-person on the following day. This late-night decision left the school district scrambling to adjust plans, and working parents were left wondering what they were supposed to do with their children the next day. One mom named Tonya Patterson was quoted as saying, “I understand they want to be safe, but I have to work. I don’t understand why they are so special.” Those words were echoed in chorus by parents throughout the Chicago area who themselves had to go to work and wondered why teachers were unwilling to do the same.

In Patterson’s case, she was forced to drop her child off at school even though classes were not being taught. Some school employees who were kind enough to actually come to work were providing emergency child care for desperate parents. While I applaud these employees who had the courage to do what is right when 90% of their colleagues were not doing the same, I can’t help but wonder if the union realized exactly what their callous decision would mean. For those schools providing emergency childcare, it is likely that there was even more person-to-person contact than if students had all been seated at their own desks for regular classes. Refusing to teach in-person did not keep people safe from Covid. It only made the virus spread around daycares rather than the classrooms. If you think illness spreads more slowly in daycares than in schools, you are sorely mistaken.

It all comes back to what Tonya Patterson said. “I have to work. I don’t understand why they are so special.” Teachers unions need to learn a lesson themselves. They should take shutdowns and remote so-called “learning” off the table. The rest of the world is going back to work. We aren’t going to shut down again. Any elected official who supports keeping healthy kids stuck at home is very quickly going to be stuck at home themselves when they lose their job in the next election cycle.

Phyllis Schlafly Eagles · July 1 | The High Stakes of Parental Responsibility If you are not a stranger to the Phyllis Schlafly Radio Commentaries, … END_OF_DOCUMENT_TOKEN_TO_BE_REPLACED

What You Need to Know is Biden is marching toward America Last. Even as our continue to get entangled in NATO and their picking a fight with Putin. … END_OF_DOCUMENT_TOKEN_TO_BE_REPLACED

What You Need to Know is about Carson v. Makin. This decision ruled that you cannot focus and discriminate against private schools — Supreme Court … END_OF_DOCUMENT_TOKEN_TO_BE_REPLACED

Phyllis Schlafly Eagles · June 30 | Pro-Life Without Exceptions: Life of the Mother Enemies of the pro-life movement know that they can never win … END_OF_DOCUMENT_TOKEN_TO_BE_REPLACED

Phyllis Schlafly Eagles · June 29 | Pro-Life Without Exceptions: Health of the Mother Empty emotional appeals are the only way for pro-choicers to … END_OF_DOCUMENT_TOKEN_TO_BE_REPLACED

What You Need to Know is Republicans cave on gun rights. Senate Republicans have put on full display the ruling class uniparty by compromising with … END_OF_DOCUMENT_TOKEN_TO_BE_REPLACED

Phyllis Schlafly Eagles · #WYNK: Happy birthday to America! | July 1, 2022 #ProAmericaReport The following is a transcript from the Pro America … END_OF_DOCUMENT_TOKEN_TO_BE_REPLACED