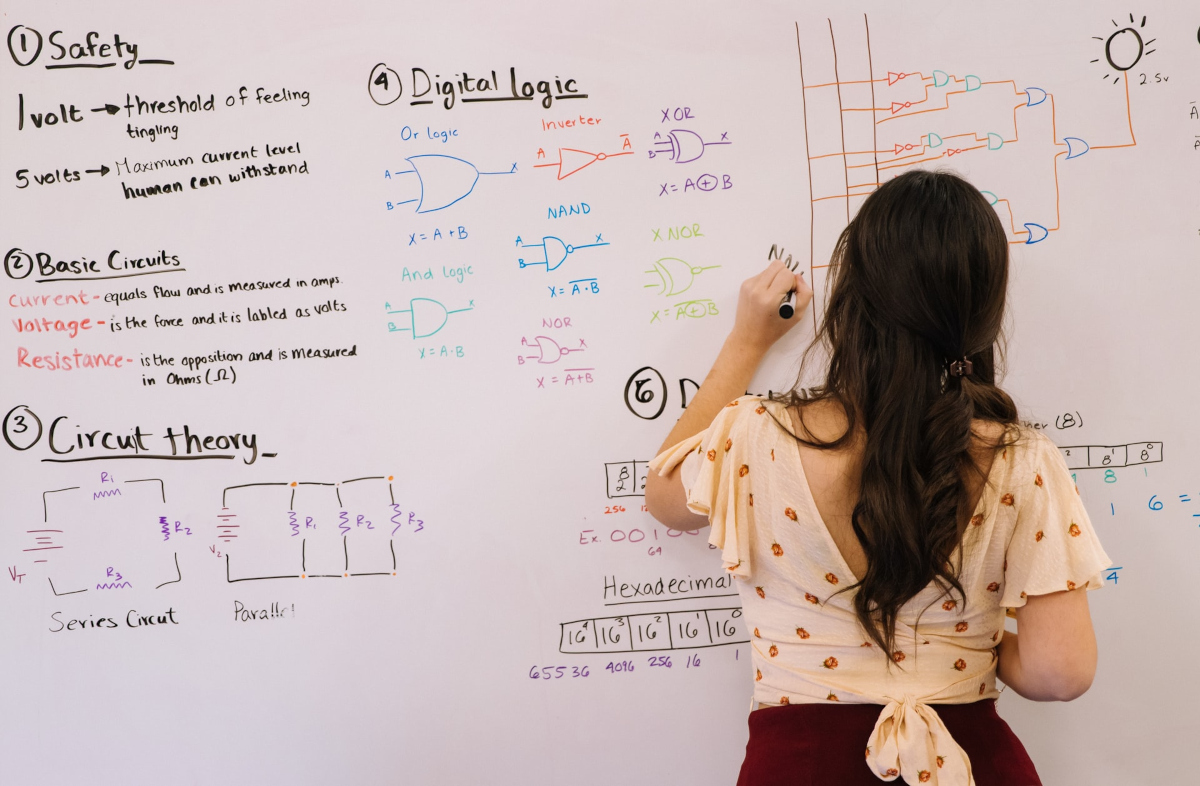 Phyllis Schlafly Eagles · May 19 | Boys and Girls and Grades?

Colleges claim they grant admissions based on academic merit, and girls come out of high school with better grades than boys. But that doesn’t always mean they are smarter or more capable of doing college work or more likely to succeed after graduation.  Boys do far better on average than girls on the SAT test for mathematics, which means that boys are better prepared than girls for STEM majors in college. This has been true every year for more than 40 years.

Nearly twice as many boys as girls attain very high scores on the Math SAT, with an immense difference at the high end. But the job market for STEM graduates is not as attractive as it used to be, due to corporations’ preference for hiring lower-paid, easy-to-control foreigners on H-1B visas. Many smart American guys decide that the high cost of an engineering degree is not worth it.

A shocking 46 percent of recent college graduates work in jobs that do not require any college degree. Boys are more likely than girls to look at the cost-benefit tradeoff of going to college. The imbalance of so many more women at colleges has been a factor in the various sex scandals that have made news in the last couple of years.

So, what’s the solution? One solution might be to impose the duty on admissions officers to arbitrarily admit only half women and half men. Another solution might be to stop granting college loans, thereby forcing students to take jobs to pay for their tuition and eliminate time for parties, perhaps even wiping out time for fraternities and sororities.

I went through college while working a 48-hour-a-week manual-labor job and I don’t regret a minute of it; it was a great learning experience. I received nearly all A’s (long before the phenomenon of grade inflation) because I devoted 100 percent of my available time to studying for the courses I was taking.

Phyllis Schlafly Eagles · July 1 | The High Stakes of Parental Responsibility If you are not a stranger to the Phyllis Schlafly Radio Commentaries, … END_OF_DOCUMENT_TOKEN_TO_BE_REPLACED

What You Need to Know is Biden is marching toward America Last. Even as our continue to get entangled in NATO and their picking a fight with Putin. … END_OF_DOCUMENT_TOKEN_TO_BE_REPLACED

What You Need to Know is about Carson v. Makin. This decision ruled that you cannot focus and discriminate against private schools — Supreme Court … END_OF_DOCUMENT_TOKEN_TO_BE_REPLACED

What You Need to Know about the Jan. 6th Show Trials! On Thursday, the January 6th hearings will begin. NBC News correspondent Yamiche Alcindor … END_OF_DOCUMENT_TOKEN_TO_BE_REPLACED

Phyllis Schlafly Eagles · May 23 | Leftism Weakens America Thanks in large part to the culture of the mainstream media, many people have tunnel … END_OF_DOCUMENT_TOKEN_TO_BE_REPLACED

Phyllis Schlafly Eagles · #WYNK: Happy birthday to America! | July 1, 2022 #ProAmericaReport The following is a transcript from the Pro America … END_OF_DOCUMENT_TOKEN_TO_BE_REPLACED