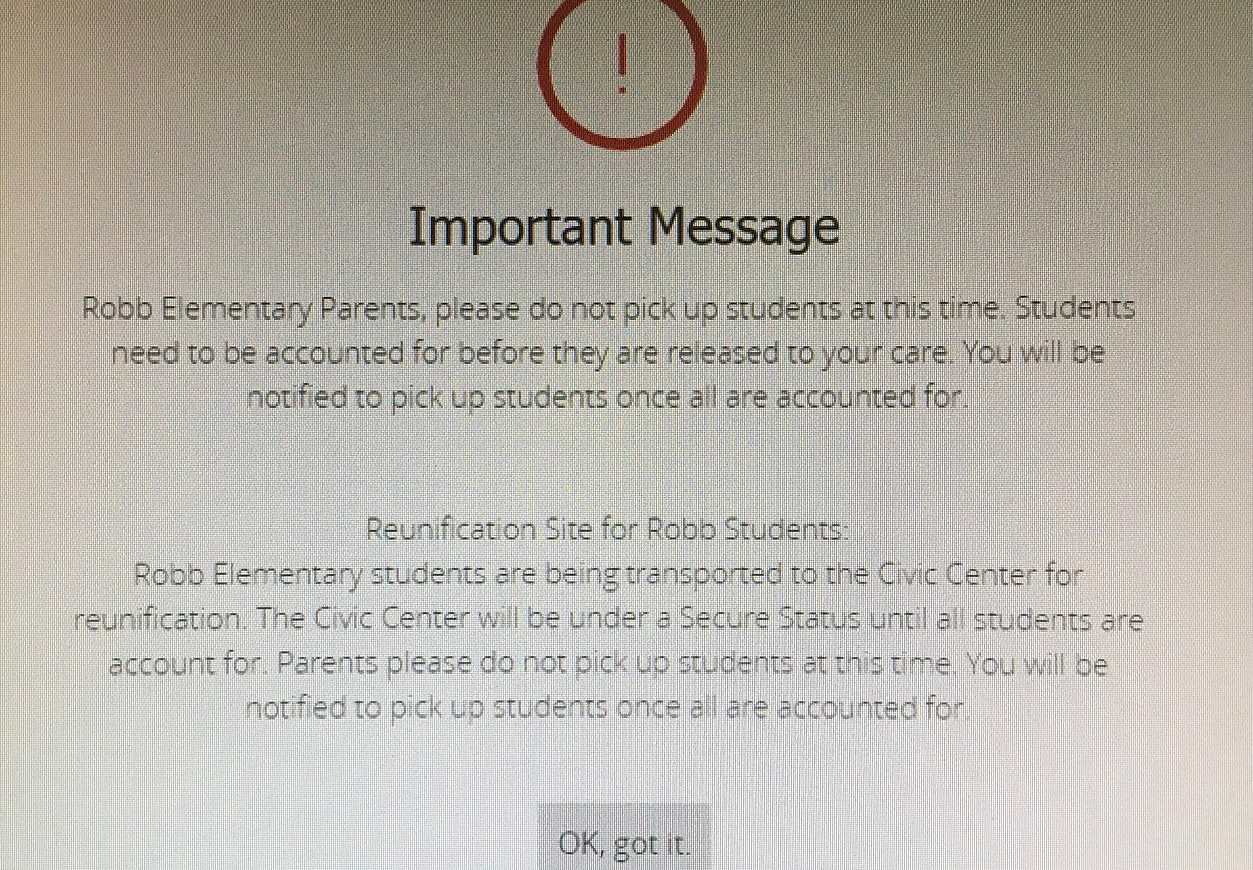 Border patrol agents were the heroes who risked their own lives to intercede during the shooting at the Uvalde elementary school, located only 70 miles from the border. These agents defied requests by local police to stand down, and they stormed the classroom to save lives by killing the assailant. These heroes recognized this as a suicide mission, because the 18-year-old shooter had barricaded himself inside to kill whoever tried to stop him. Warped by playing many hours of violent video games as teenage shooters do, the assailant probably sought to rack up his “score” by killing as many as possible.

One of these valiant border patrol agents took a bullet to his head as fired by the assailant before the agents killed him. The bullet pierced the agent’s baseball cap and the skin of his scalp and he needed four stitches later to patch his wound. The agent was wearing a baseball cap because their unit rushed in to save the children rather than waiting for the gear that would ordinarily be worn in these sorts of encounters.

Yet our national conversation is missing the expected national praise for these border patrol agents who put themselves in peril to save children. Biden should be immediately granting them Presidential Medals of Honor. President Trump would have already done that by now. Our border agents should know that their heroism will be recognized, especially when they go above and beyond the call of duty. Instead, an unhelpful blame game against local law enforcement is being played by the media.

Has the border patrol become such a political punching bag that the left can’t even be bothered to praise those that courageously put themselves at risk of death to protect the innocent? If not even that level of heroism is commendable enough to merit commendation, how far has our society fallen. I would take it a step even further. Border patrol agents should be lauded for the job they do every day. They work to keep Americans safe and to keep drugs off the streets. I applaud all border patrol agents, but especially the brave agents who showed true heroism in Uvalde, Texas.

Phyllis Schlafly Eagles · July 27 | Lawfare: A Perversion of Justice The Department of Justice refuses to accept any oversight or accountability, … END_OF_DOCUMENT_TOKEN_TO_BE_REPLACED

Phyllis Schlafly Eagles · August 9 | What Would A Real J6 Hearing Look Like? The Special Commission on January 6 wants to turn their hearings into … END_OF_DOCUMENT_TOKEN_TO_BE_REPLACED

By launching a surprise attack on President Trump’s home in Florida, while Trump was away, the Biden Administration has breached even its own low … END_OF_DOCUMENT_TOKEN_TO_BE_REPLACED

Phyllis Schlafly Eagles · #WYNK: Lies of Climate Change | August 8, 2022 #ProAmericaReport The following is a transcript from the Pro America … END_OF_DOCUMENT_TOKEN_TO_BE_REPLACED