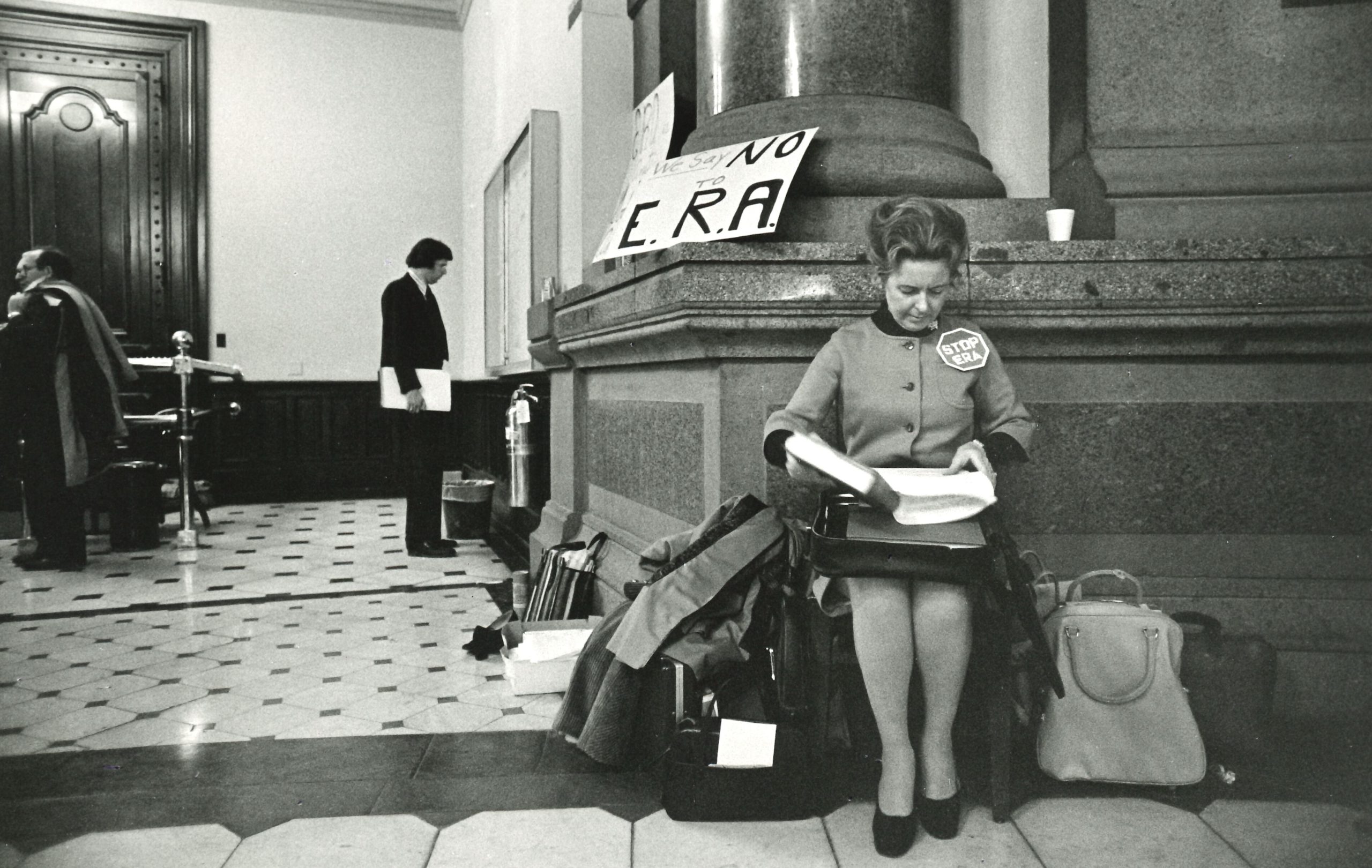 It seems like the feminists in Hollywood are trying to make Americans believe that Phyllis Schlafly wanted all women to get married, stay home for their entire marriages, and devote all attention to their children. Yet, the truth is different. Phyllis’s mother Odile worked as a librarian to support her family when Phyllis’s father lost his job in the Great Depression. And Phyllis herself was no slouch either. She was a published author, congressional candidate, and powerful political force before the fight over the Equal Rights Amendment even began. If exclusive matrimony and motherhood for all women was Phyllis Schlafly’s prescription, she would have been contradicting herself.

The problem with Hollywood’s characterization is it’s taking Phyllis’s position totally out of context. The very first line of the iconic February 1972 issue of her Phyllis Schlafly Report newsletter says “Of all the classes of people who ever lived, the American woman is the most privileged. We have the most rights and rewards, and the fewest duties.” Phyllis’s reasoning for this ultimately boiled down to one word: choice. America affords women the choice to get married or not, to have children or not, to volunteer or not, and to take on a career or not.

Phyllis Schlafly was fond of saying that she never told “all women” to do anything. She did say getting married and having children was the most fulfilling thing for most women. However, she fully embraced the fact that this wasn’t the way for everyone.

Feminists want to take away the right of women to be full-time homemakers. Their venomous rhetoric calls the home a “comfortable concentration camp” and wives “unpaid prostitutes.” That’s what the feminists think. They sometimes make lip service to homemakers, but the feminist policies call for families with homemakers to incur huge tax penalties. They have zero respect for the real right of choice.

Phyllis famously said she “had it all, but not all at once.” Educated at Washington University and Harvard, married with six children, she became a legendary political activist. Her time on this earth was full and fulfilling, but she had different focuses for different seasons of life. And she wished the very same for others. She wanted every woman to have the chance to pursue her dreams with the full freedom that America offers.

What You Need to Know is the House GOP Must Exercise Power of the Purse. We’re back to following the money this week, this time in Congress! House … END_OF_DOCUMENT_TOKEN_TO_BE_REPLACED

Phyllis Schlafly Eagles · #WYNK: Trump is Stronger Than Biden | January 27, 2023 #ProAmericaReport The following is a transcript from the Pro … END_OF_DOCUMENT_TOKEN_TO_BE_REPLACED