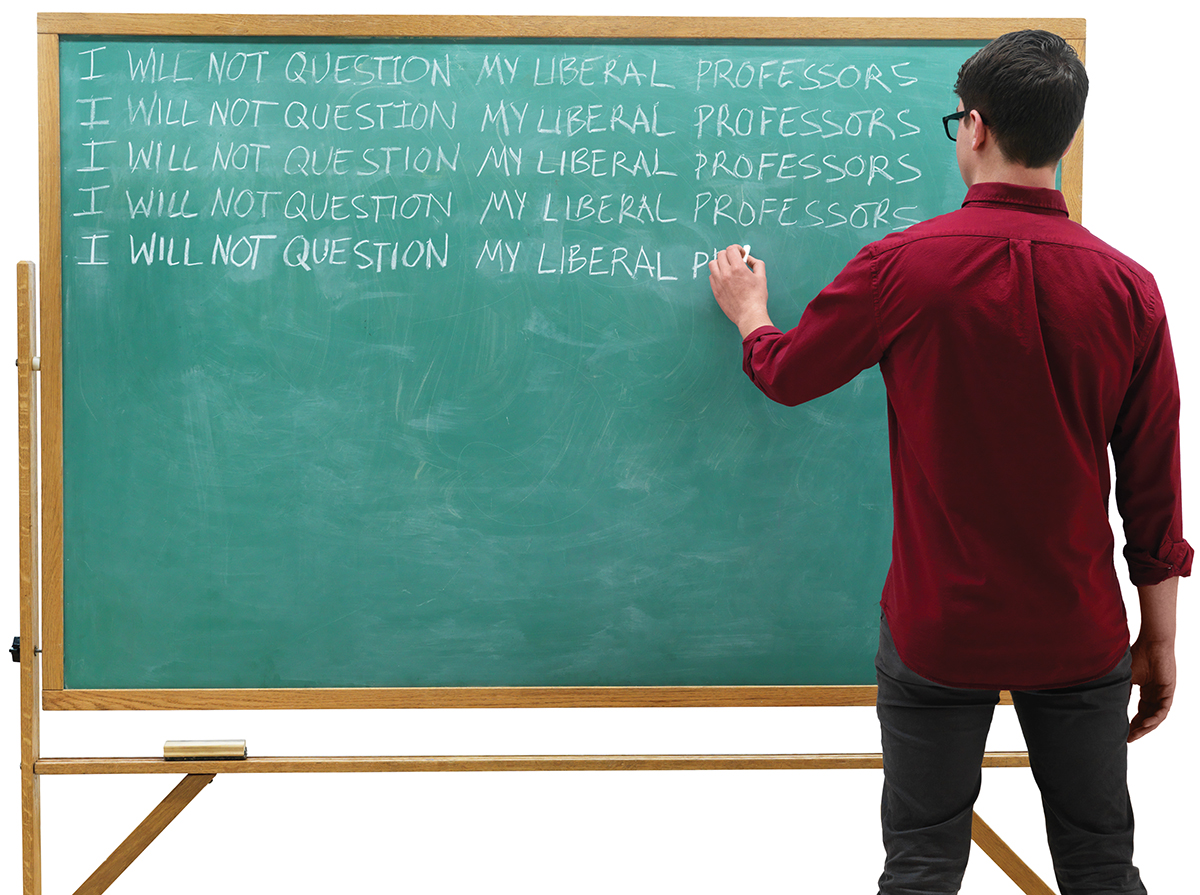 If your son or daughter is taking college courses at home, you might feel a lot better than if they were hundreds of miles away on some distant college campus. However, do not be fooled into thinking that liberal indoctrination cannot happen over Zoom. If you are spending your money to pay the hefty price of tuition, you ought to know what your children are being taught. Here are a few examples of how liberal professors are using your tuition dollars and your tax dollars to make your kids hate America.

An associate professor named Elizabeth Kolsky at Villanova University in Pennsylvania marked Independence Day this year by writing about how the American Revolution “contributed to the worldwide spread of white supremacy.”

A professor named Rudy Busto at the University of California-Santa Barbara used a class on Asian American Religion to preach about what he calls “The Error of American Exceptionalism.” As evidence that America is not exceptional, he pointed to the Vietnam War, the 9/11 terrorist attacks, and the number of COVID-19 cases in America.

A student named Jeremy Rowley at the University of Wyoming published an editorial in the college newspaper saying that Americans “need to get over it” when it comes to the 9/11 terrorist attacks. He blames suburban families for showing too much patriotism when they should be working to fix Americans flaws, among which he lists the long-discredited gender pay gap.

A professor named Stephen Mosher at Ithaca College in New York took a step even further than Colin Kaepernick by saying that the Star-Spangled Banner should be banned from sports events because it instills what he calls “hyper-patriotism.” Mosher also called the beloved Irvin Berlin number ‘God Bless America’ a “warmongering song.”

When nonsense like this is being taught to college students, it should be no wonder that Gallup polls show that American young people are less patriotic than they have ever been. As little as 33% consider themselves proud to be Americans. Conservatives need to work harder to counter this phony narrative. There is nothing “academic” about the liberal screeds of these anti-American professors.

What You Need to Know is about classified documents and presidential power! Joe Biden’s unmasking may be coming, thanks to the GOP House. The DOJ has … END_OF_DOCUMENT_TOKEN_TO_BE_REPLACED

What You Need to Know is Tucker is allowing the will of the people to be heard! When a huge block of Republicans and so-called conservatives are … END_OF_DOCUMENT_TOKEN_TO_BE_REPLACED

What You Need to Know is Minnesota is now the most unrestricted state in America on abortion. Governor Walz signed into law an awful bill yesterday … END_OF_DOCUMENT_TOKEN_TO_BE_REPLACED

Phyllis Schlafly Eagles · February 3 | "Woman" Is the Word of the Year The internet is a powerful tool that most of us use every day. … END_OF_DOCUMENT_TOKEN_TO_BE_REPLACED