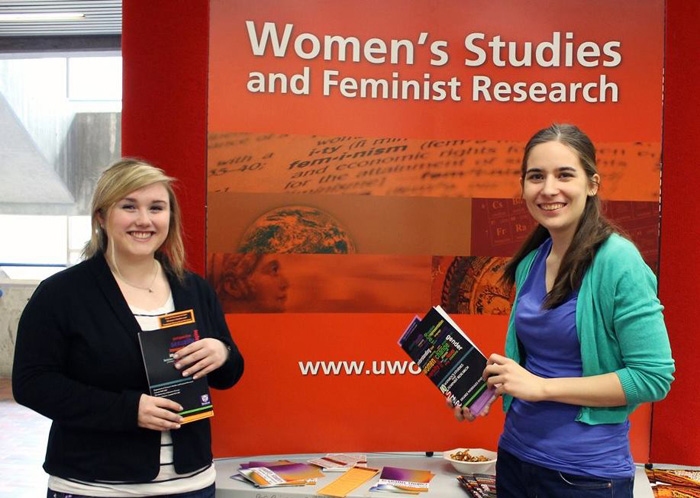 University departments called Women’s Studies are surely one of the strangest parts of any college campus. They teach that gender is not a fact of nature or biologically determined, but is socially constructed. They think that gender is a social or environmental classification that people determine by ascribing qualities of masculinity and femininity to people. Women’s Studies instructors consider it a fact of life that women have been subordinated and discriminated against by an unjust male patriarchy and need government action by legislatures and courts to give women their just due.

At Columbia University, students who hope to be teachers are expected to adopt this radical view of American society and to attack the legitimacy of the social order. The courses dish out a running attack on capitalism and the free-market system. Even at the University of Miami in Ohio, the Women’s Studies department makes clear that its courses are organized around radical feminist theory. To get a degree in Women’s Studies, the first requirement for the senior thesis is that it “must incorporate feminist perspectives.” If any course syllabus promises to include “critical thinking,” that means criticizing men and the patriarchy.

The University of Texas uses required texts that take as their starting point the patriarchal structure of society. Twenty-five points of a student’s final grade are determined by a gender journal in which students question norms about sexuality. Typical readings assigned at the University of Arizona reveal the bias of the courses: “Capitalist Patriarchy and the Case for Socialist Feminism,” “Sexual Democracy: Women, Oppression and Revolution,” and “The Radical Future of Liberal Feminism.”

I hope you are not wasting your tuition dollars on ridiculous courses like that.

What You Need to Know is about classified documents and presidential power! Joe Biden’s unmasking may be coming, thanks to the GOP House. The DOJ has … END_OF_DOCUMENT_TOKEN_TO_BE_REPLACED

What You Need to Know is Tucker is allowing the will of the people to be heard! When a huge block of Republicans and so-called conservatives are … END_OF_DOCUMENT_TOKEN_TO_BE_REPLACED

What You Need to Know is Minnesota is now the most unrestricted state in America on abortion. Governor Walz signed into law an awful bill yesterday … END_OF_DOCUMENT_TOKEN_TO_BE_REPLACED

What You Need to Know is the House GOP Must Exercise Power of the Purse. We’re back to following the money this week, this time in Congress! House … END_OF_DOCUMENT_TOKEN_TO_BE_REPLACED

Phyllis Schlafly Eagles · February 8 | Leftist Hollywood's Downward Spiral Looking back on 2022, it is plain to see that Democrat-dominated … END_OF_DOCUMENT_TOKEN_TO_BE_REPLACED

The Deep State in Washington, D.C. just offered to debrief Trump Administration officials about the hot air balloons that have invaded our airspace … END_OF_DOCUMENT_TOKEN_TO_BE_REPLACED