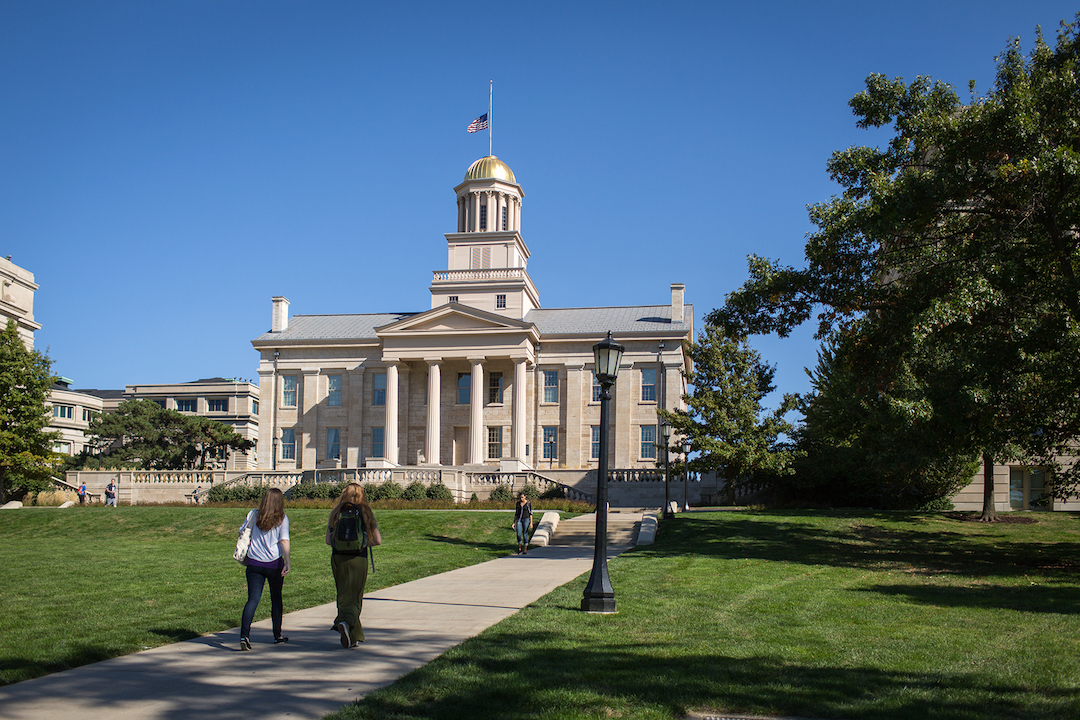 Some students just can’t seem to understand a lesson no matter how many times you teach it to them. It’s very sad to see. It’s especially sad when the student is the University of Iowa. In an important federal court ruling, the University of Iowa was taught a valuable lesson in respecting religious freedom for the second time. Earlier this year, a student group called Business Leaders in Christ won their case when the University of Iowa tried to penalized them for excluding non-Christians from their leadership. After a federal judge ruled that it was unconstitutional for them to target only religious groups for this harassment, the school set their sights on another student group called InterVarsity Christian Fellowship. Before long, the school found themselves in court once again being chewed out for continuing the same unconstitutional conduct they had just been reprimanded for.

As sad as this situation is, I’m not hopeful the University of Iowa learned their lesson this time. So-called “places of higher learning” are getting dumber and dumber when it comes to respecting the basic freedoms of students. They are blinded by their white-hot hatred of Christianity. As long as there are students publicly living out their faith on campus, the academic social justice police will never be satisfied.

Parents need to be wary of where they send their sons and daughters. Just because you spend a hundred thousand dollars on a degree doesn’t mean you are getting what you pay for. Oftentimes, your money is going to fund liberal diversity initiatives and thought-police-style abolishment of conservative views. Sometimes it’s as overt as this discrimination against Christians by the University of Iowa, but often it’s a lot more subtle than that. In many cases, parents don’t even know what their kids are getting into until it’s too late.

Whether you are a Christian parent or a Christian student, don’t let yourself be bullied by the intimidation tactics of the academic elites. The case earlier this year with Business Leaders for Christ and this most recent case with the InterVarsity Christian Fellowship prove that Christians can still fight for their constitutional rights and win.

What You Need to Know is Rand Paul's wife is right! Senator Rand Paul was attacked a few years ago by his neighbor who was left-leaning. When Nancy … END_OF_DOCUMENT_TOKEN_TO_BE_REPLACED

Phyllis Schlafly Eagles · #WYNK: Biden is Lawless and Dividing | August 25, 2022 #ProAmericaReport The following is a transcript from the Pro … END_OF_DOCUMENT_TOKEN_TO_BE_REPLACED

What You Need to Know about the Projection Racket. What is the projection racket? It’s when the left and media work together to project onto their … END_OF_DOCUMENT_TOKEN_TO_BE_REPLACED

For Immediate Release: October 6, 2022Contact: Ryan Hite, Communications Director After Reporting a Mom to Her Law Enforcement Employer and the … END_OF_DOCUMENT_TOKEN_TO_BE_REPLACED

Phyllis Schlafly Eagles · November 23 | Tables Turn on Immigration Crisis When referring to Republicans, Democrats talk about how no one is above … END_OF_DOCUMENT_TOKEN_TO_BE_REPLACED

What You Need to Know is Fauci retires from the Covid Industrial Complex! He’s sneaking out under the cover of Thanksgiving and a no-news week. He … END_OF_DOCUMENT_TOKEN_TO_BE_REPLACED