The national news media haven’t discovered it, but the issue that is bringing out hundreds of citizens who never before attended political meetings is Common Core (CC). More precisely, it is the attempt of Barack Obama’s Department of Education to force all states and schools to adopt specified national education standards for each grade level that will dictate what all kids learn and don’t learn.

It’s not only public schools that must obey the fed’s dictates. Common Core will control the curriculum of charter schools, private schools, religious schools, Catholic schools, and homeschooling.

The control mechanism is the tests. Kids must pass the tests in order to get a high school diploma, admittance to college, or a GED. If they haven’t studied a curriculum based on Common Core, they won’t score well on the tests.

Common Core cannot be described as voluntary. Since CC is so costly to the states (estimated at $15 billion for retraining teachers and purchase of computers for all kids to take the tests), CC is foisted on the locals by a combination of bribes, federal handouts, and as the price for getting a waiver to exempt a state from other obnoxious mandates such as No Child Left Behind.

He said the CC standards are two years behind international expectations by the 8th grade, and fall further behind in grades 8 to 12. The CC math standards downgrade the years when algebra and geometry are to be taught.

Parents will have a hard time helping their children with their math homework. CC standards call for teaching kids to add columns of figures from left to right instead of right to left.

CC advocates claim that the new standards will make students college-ready. That promise is a play on words: students will be ready only to enter a two-year nonselective community college.

Common Core means government agencies will gather and store all sorts of private information on every schoolchild into a longitudinal database from birth through all levels of schooling, plus giving government the right to share and exchange this nosy information with other government and private agencies, thus negating the federal law that now prohibits that. This type of surveillance and control of individuals is the mark of a totalitarian government.

Common Core reminds us of how Communist China gathered nosy information on all its schoolchildren, stored it in manila folders called dangans, and then turned the file over to the kid’s employer when he left school.

The New York Times once published a picture of a giant Chinese warehouse containing hundreds of thousands of these folders. That was in the pre-internet era when information was stored on paper; now data collection and storage are efficiently managed on computers in a greater invasion of privacy.

Common Core is encrusted with lies. It is not, as advertised, “state” written; it is a national project created in secret without any input from teachers or state legislatures. It is not “internationally benchmarked”; that never happened.

The readings assigned in the CC English standards are 50 percent “informational” texts instead of great American and English literature and classics. The result is that CC standards are very political.

The suggested readings include a salestalk for government health care (such as ObamaCare) and global warming propaganda (including a push for Agenda 21). Some of the fiction suggested is worthless and even pornographic, presumably chosen to reflect contemporary life. Another suggested reading favorably describes Fidel Castro and his associates without any indication they are tyrants, Communists, and mass murderers.

We should take a bit of advice from our neighbor to the north. Canada has no national standards (all standards are adopted locally) and not even any national Department of Education.

CC advocates admit the standards cannot be changed or errors corrected because they are already printed and copyrighted. Bills to repeal CC have been filed in Oklahoma, Kansas, Michigan, Missouri, Alabama, South Dakota and Georgia, and Indiana Governor Mike Pence just signed a law to “pause” the CC implementation and hold public hearings.

On May 11, 2013, the Governor signed the Indiana Common Core bill. This bill requires the State Board to take no further actions to implement any common core standards and calls for the state board, the legislative study committee, and the office of management and budget to conduct “comprehensive evaluations” of the common core standards. In addition, the state board of education is to hold at least three public meetings. 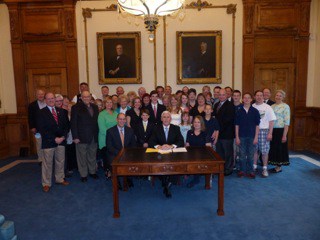 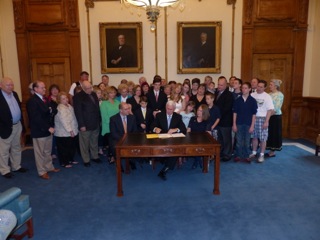 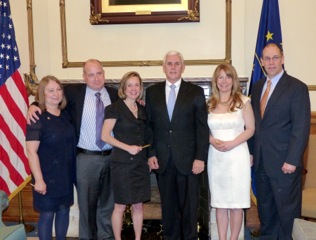 What You Need To Know is the SCOTUS victory is overshadowed by how we got here in the first place. Guest Host Andrea Kaye breaks down the High Court’s … END_OF_DOCUMENT_TOKEN_TO_BE_REPLACED

What You Need To Know is our U.S. Supreme Court is supposed to uphold the constitution. These justices are supposed to be the most brilliant minds in … END_OF_DOCUMENT_TOKEN_TO_BE_REPLACED

What You Need to Know is Pelosi, pills, and pain. Pelosi has failed us again: she is the only dictator in American political life. She dominates the … END_OF_DOCUMENT_TOKEN_TO_BE_REPLACED

What You Need to Know is we are in a unique moment and Donald Trump is stepping up to it. Even some of the rabid leftists have to admit that President … END_OF_DOCUMENT_TOKEN_TO_BE_REPLACED

What You Need to Know is the fraudulent idea that impeachment requires delivery to the Senate was planted by Pelosi’s camp to trick Americans.  … END_OF_DOCUMENT_TOKEN_TO_BE_REPLACED

If the education establishment wants to know why public schools don't get much respect from our citizenry, they need look no further … END_OF_DOCUMENT_TOKEN_TO_BE_REPLACED

Robert Strange McNamara belongs on the daytime soap operas. Better yet, his histrionics belong on Donahue or Geraldo or Sally Jesse Raphael. We are … END_OF_DOCUMENT_TOKEN_TO_BE_REPLACED

What You Need to Know about the Drums of War. The drums of war are being pounded by media and Biden - don't fall for it! More and more American … END_OF_DOCUMENT_TOKEN_TO_BE_REPLACED