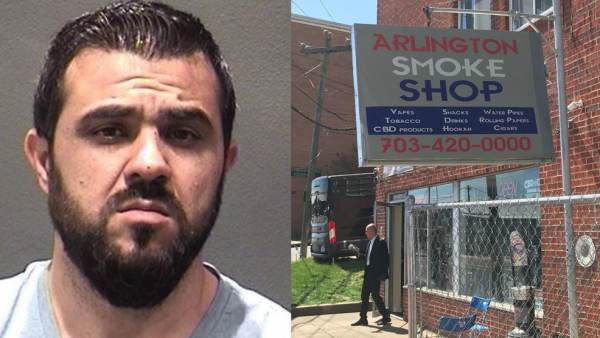 Imagine you had to sleep in the back room of your workplace because people in your apartment had COVID-19. As you sleep peacefully in this unfamiliar place, you are startled awake at 4:30 AM by a deafening noise. It sounds like a shotgun. You peek out of the room to see three masked men ransacking your store, then you look down at the registered pistol resting beside you. What would you do? This isn’t some pointless hypothetical. This was a very real situation that Hamzeh Abushariah of Arlington, Virginia found himself in. Hamzeh courageously chose to fire three shots to scare off the intruders. One of the intruders was wounded by the shots and they all fled.

You probably aren’t surprised to hear that someone was hauled off to jail after this encounter, but you might be surprised to hear who. That’s right, Hamzeh, the innocent store clerk who fired three warning shots to scare off the intruders was sent to jail without bail. He faces as much as twenty years in prison for defending himself. Police told him that he should have tried to sneak out the back rather than fire upon the intruders. The only problem was that the criminals’ stuff was sitting outside the back door. If Hamzeh went that way, he probably would have ended up shooting at them anyway. That didn’t matter in the eyes of the law.

Democrats act like self defense laws are an excuse for white people to hunt down and kill innocent minorities, but the facts of this case don’t jive with that narrative. Who’s more likely to need a gun for self defense, a rich white guy or a poor minority store clerk sleeping in the back room of a shop in a bad neighborhood? Hamzeh Abushariah can answer that question for you. Not giving him the means to defend himself is discrimination at its worst. People who live in low crime areas have a right to defend themselves, but they’re not likely to have to exercise that right. If we want to protect innocent poor people living high crime areas, we shouldn’t send them to jail for defending themselves.

Phyllis Schlafly Eagles · #WYNK: Trump is Stronger Than Biden | January 27, 2023 #ProAmericaReport The following is a transcript from the Pro … END_OF_DOCUMENT_TOKEN_TO_BE_REPLACED