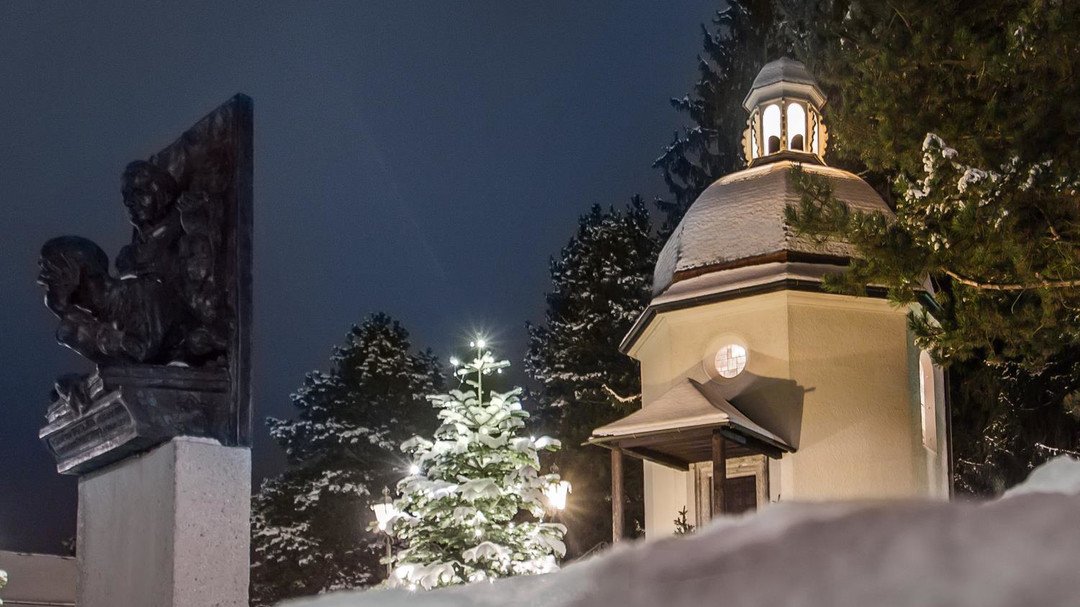 Two centuries ago, two unassuming men from Salzburg, Germany changed Christmas for all time. You might not recognize the names Joseph Mohr and Franz Gruber, but our world is undeniably brighter because of their actions on Christmas Eve 1818.

On the cold morning of December 24, 1818, Father Joseph Mohr went to the house of local schoolmaster Franz Gruber with a simple poem and a simple request. He wanted the words of his poem set to music. No one knows what inspired Mohr to write the poem or why he wanted a tune to accompany it. Some have speculated that the organ of Mohr’s church broke down and he was desperate for a carol that could be sung without accompaniment.

Regardless of the reason, Gruber agreed to Mohr’s request and came to him later that day with a simple tune requiring only a guitar for instrumentation. Supported by the church’s choir, Mohr and Gruber sang the song as a duet for the Christmas Eve Mass at Saint Nicholas church, introducing the world to what would become the most beloved Christmas carol of all time.

Despite the extreme popularity of their song, Mohr and Gruber lived simple lives and died largely unappreciated for their work. In time, many people forgot about them entirely. This forgetfulness is highlighted by a period of time where Gruber’s contribution to the song’s tune was put into question. It was not until an old manuscript bearing Mohr’s name was discovered in 1995 that the truth of the song’s humble beginnings was finally confirmed.

Silent Night is a song which stands the test of time because it resonates not just with the ears, but with the hearts of all mankind. Its simple tune and simple origin accentuate the longing within all of us for that time where “all is calm” and “all is bright.” The story of Father Mohr and Mr. Gruber testify to the truth that God does not require a masterful composer or a renowned lyricist to do His will. Our Heavenly Father only requires a willing heart and a desire to spread tidings of peace on earth, good will toward men.

Phyllis Schlafly Eagles · #WYNK: Trump is Stronger Than Biden | January 27, 2023 #ProAmericaReport The following is a transcript from the Pro … END_OF_DOCUMENT_TOKEN_TO_BE_REPLACED