The conservative movement started with Barry Goldwater in the presidential race of 1964. Bold men and women like Phyllis Schlafly emerged to lead a fight to make conservatism a powerful force in American politics. Although Goldwater prevailed over Establishment candidate Nelson Rockefeller in the Republican nomination, he was defeated in the general election by Lyndon B. Johnson. This defeat brought on a condition Phyllis called “Goldwater Syndrome,” which caused most conservatives to be “resigned to the conventional wisdom of the day that the American people would never elect anyone more conservative than Richard Nixon or Gerald Ford.” 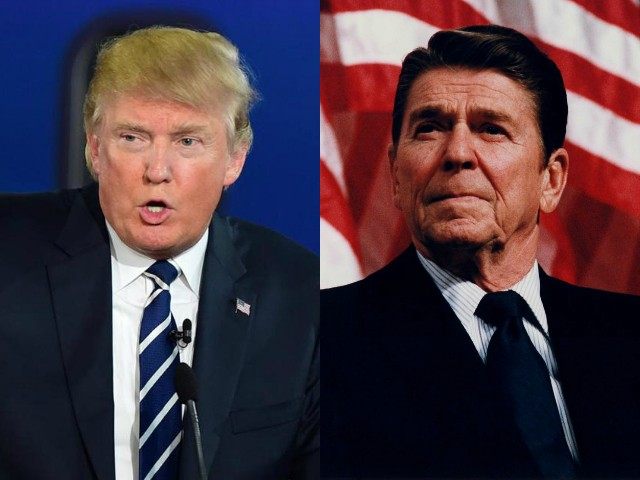 The conservative movement made a comeback with the advent of President Ronald Reagan. Rising from the ashes of the Goldwater defeat, Ronald Reagan and stalwarts like Phyllis Schlafly mobilized in greater force than ever before. Looking back on that victory, Phyllis asked “Did Ronald Reagan really turn millions of liberals into conservatives? Not likely. What he did was to articulate the many facets of conservatism and allow people who are conservative in different areas of life, and for different reasons, to say, ‘Ronald Reagan speaks for me.’” Phyllis knew that the key to conservative victory was not necessarily to win others over to our side, but to activate and mobilize the existing conservative army which is simply waiting for someone to tell them that they no longer have to be repressed by the political correctness of both party Establishments.

Phyllis Schlafly painted a bright future for conservatism in her prophetic July 1988 Phyllis Schlafly Report. Under the headline “America’s Future Is Conservative,” she predicted that conservatism was no fad, but a set of core principles held by many Americans who need only a strong leader to be fully unleashed. Her prediction came to fruition in 2016 with the success of the Trump campaign and his current administration. We would do well to follow in the footsteps of Phyllis Schlafly and fight through the best and worst of times in order to maintain the fact that history is indeed on the side of conservatives.

By Mason Mohon, Phyllis Schlafly Eagles Intern Abortion is the most controversial issue in the United States today, with both sides having great … END_OF_DOCUMENT_TOKEN_TO_BE_REPLACED

For Immediate Release: June 24, 2022Contact: Ryan Hite, Communications Director Now Is The Time to Stand Up for Moms and Babies Without … END_OF_DOCUMENT_TOKEN_TO_BE_REPLACED