“The Mooch,” as everyone called President Trump’s short-lived communications director Anthony Scaramucci, was a brilliant hire by the President to reassert his authority in a fractious White House. In mere days, the tough-talking Scaramucci showed that he was ready, willing, and able to enforce a new loyalty to the Trump agenda among Republicans both inside and outside the White House. Too many Republicans have been guilty of aiding and abetting the “fake news” industry in its relentless campaign to bring down Donald Trump. 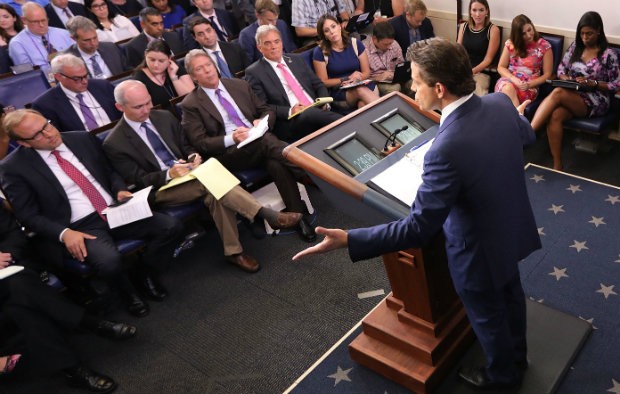 After Trump won the election last November, the Republican Establishment claimed more credit than it deserved and installed several GOP insiders in key positions in the White House. Reportedly those hires were demanded by Congress on the pretext that they would help to enact Trump’s agenda into law.

After completing the most important six months of President Trump’s first term, we saw that Trump’s appeasement of Capitol Hill had resulted in a pitiful lack of achievement by Congress, and worse. The same senators who failed to do their own jobs were working overtime to conduct a witch-hunt on behalf of the liberal media.

The Senate’s unjustified investigation of the president’s own family, including son Donald Trump Jr., who is not a government official, suggests a failure by Republicans around the president to fully defend him. One might say that the first obligation of advisers to a president is to protect him and his family against his political enemies. Scaramucci’s short time in the Administration and other appointees since seem to bring a new approach to the White House that rejects appeasement of the Establishment in D.C.

Too many Republicans, including Senate Majority Leader Mitch McConnell, have demonstrated that they are more interested in following “fake news” down the proverbial rabbit hole than in making America great again. The Mooch and other hires since should signal that the President will no longer defer to Republican leadership in Congress, but will instead go directly to the American people to move the agenda they voted for.

Phyllis Schlafly Eagles · #WYNK: How to Drain the Swamp in 2022 | May 13, 2022 #ProAmerica Welcome. Welcome, welcome!  Ed Martin here on the Pro … END_OF_DOCUMENT_TOKEN_TO_BE_REPLACED

Phyllis Schlafly Eagles · May 9 | How To Remake A Political Party Remaking a political party is difficult, but essential now as the entrenchment of … END_OF_DOCUMENT_TOKEN_TO_BE_REPLACED

What You Need to Know is the Border is about to be totally open! In just a few days we are going to see around 18,000 illegal aliens crossing our … END_OF_DOCUMENT_TOKEN_TO_BE_REPLACED