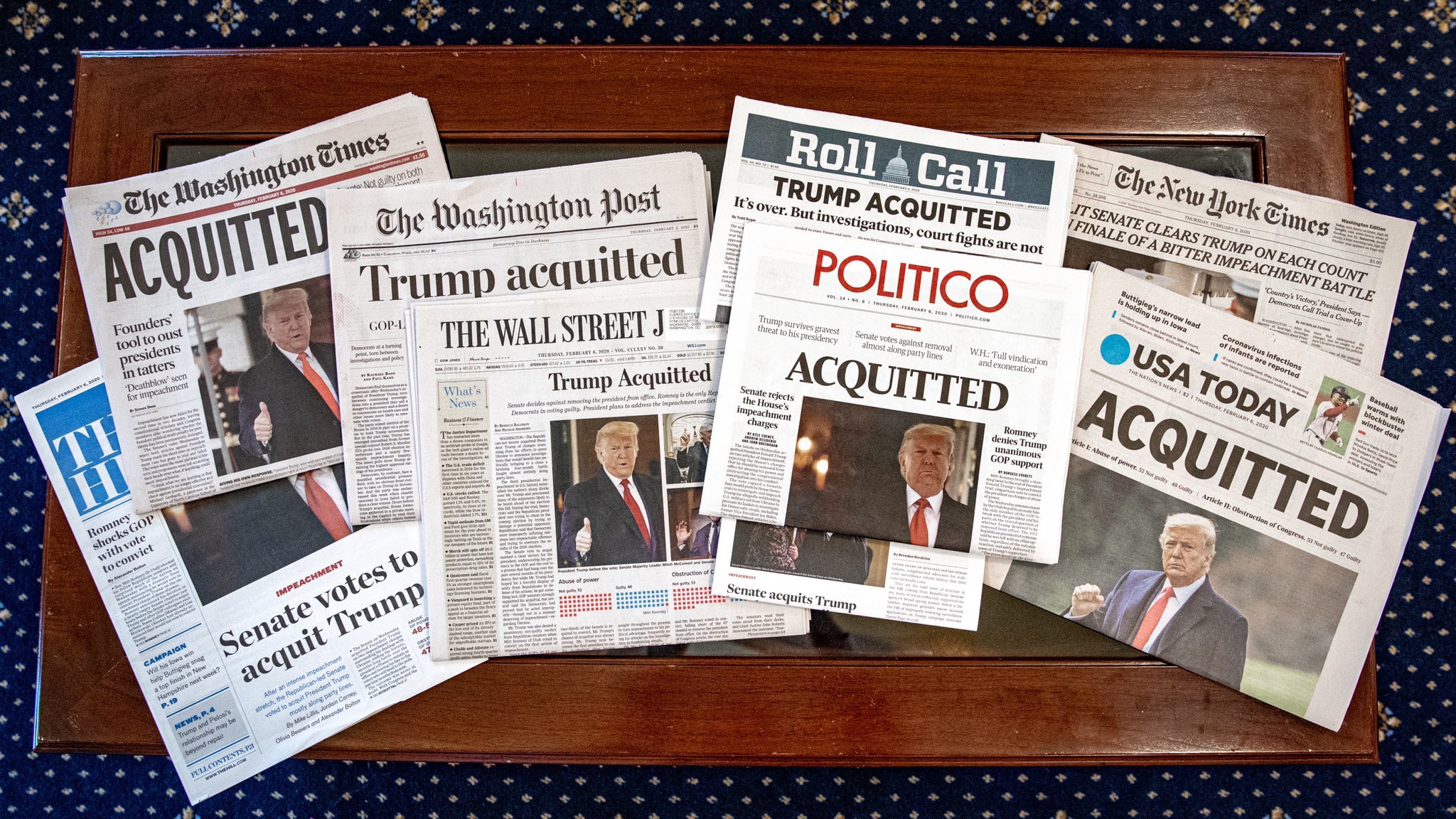 Democrats’ dangerous game of baselessly impeaching President Trump backfired on them like Wile E. Coyote chasing Road Runner. Even though Democrats knew from the very beginning that they would never get the votes to actually remove Trump from office, they hoped weaponizing the constitutional process would at least weaken him.

In reality, their pitiful attempt did the exact opposite. Trump gained political strength from his acquittal in the Senate just in time to boost his campaign for reelection.

Some politicians would have declared victory and celebrated by taking an extended vacation to celebrate the good fortune. That’s not what President Trump did.

Trump’s first act was to remove the Deep State bureaucrats who started it all, including the subordinate Ukrainian-born Lt. Col. Alexander Vindman. Trump rightly called Vindman “very insubordinate” for going outside the chain of command on foreign policy. If you were one of the three people who wasted time watching the impeachment proceedings, you saw this insubordination firsthand. Trump also removed Col. Vindman’s identical twin brother from his powerful position on the National Security Council. Then he recalled Gordon Sondland, the U.S. Ambassador to the European Union.

Removing these politicians isn’t about political revenge. It’s about draining the Swamp. That’s what Trump promised he would do. He has to use his authority as chief of the Executive Branch to remove the Deep State wherever he can. If agents of the Deep State make it easy on Trump by actively campaigning to impeach him, that just makes it easier to root them out.

Those firings were a no-brainer, but Trump didn’t stop there. Top Trump officials are rolling out a series of actions to combat the growing problem of sanctuary policies by Democrat-ruled states, counties, and cities which try to shelter illegal aliens from deportation by federal authorities. On top of that, Trump is building his legacy as the most pro-life president in American history. He is negotiating favorable trade deals and fighting for our economy, and leading on the Wuhan coronavirus crisis. Trump has always been a man who thrives most in the face of adversity, and the Democrats have no idea what their impeachment hoax has unleashed.

What You Need to Know is the Qatar-Europe NGO scandal continues! These global schemes with millions of dollars flowing through non-government … END_OF_DOCUMENT_TOKEN_TO_BE_REPLACED

What You Need to Know is Trump’s record is baked in. He’s already been torn apart every which way and his record stands with all the things you like … END_OF_DOCUMENT_TOKEN_TO_BE_REPLACED

Proving once again that he is in touch with ordinary Americans, Donald Trump selected education for the first video message of his 2024 presidential … END_OF_DOCUMENT_TOKEN_TO_BE_REPLACED

Phyllis Schlafly Eagles · #WYNK: Trump's Record is Baked In | January 30, 2023 #ProAmericaReport The following is a transcript from the Pro … END_OF_DOCUMENT_TOKEN_TO_BE_REPLACED

Phyllis Schlafly Eagles · #WYNK: Trump is Stronger Than Biden | January 27, 2023 #ProAmericaReport The following is a transcript from the Pro … END_OF_DOCUMENT_TOKEN_TO_BE_REPLACED

Phyllis Schlafly Eagles · February 3 | "Woman" Is the Word of the Year The internet is a powerful tool that most of us use every day. … END_OF_DOCUMENT_TOKEN_TO_BE_REPLACED