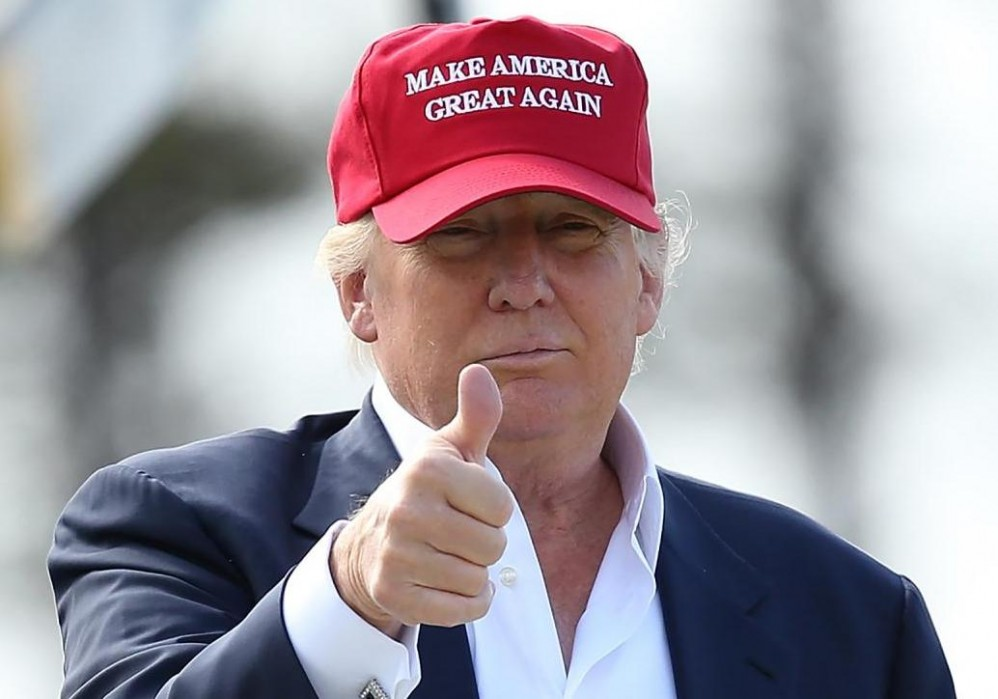 from the August 2016 Phyllis Schlafly Report

Donald Trump created a firestorm last month when he called the North Atlantic Treaty Organization (NATO) “obsolete” and suggested that the U.S. obligation to defend the borders of NATO’s 28 member countries should depend on whether those countries “fulfill their obligations to us.” In a series of columns written in 1997, 1998, and 1999, Phyllis Schlafly opposed NATO’s expansion to Eastern Europe. Excerpts from those columns appear below:

All during the Cold War, NATO had a precise mission: to prevent the Soviets from invading Western Europe. NATO’s job is finished; the Berlin Wall is history; all hands should be awarded medals and retired.

NATO is now a bureaucracy in search of a new mission. A deafening drumbeat is now demanding that NATO be put on life support by admitting the former Warsaw Pact countries to membership. The biggest question is, why should Americans commit to defend faraway European borders that have been the locus of ethnic, nationalist and religious disputes for hundreds of years? Make no mistake: NATO is a life-and-death U.S. promise to go to war to protect any of the other members.

We are now seeing a powerful push to keep America on an interventionist course despite the opposition of the American people. It’s called “global leadership,” which means that our armed services will serve as global policemen and global social workers, while the U.S. taxpayers will play global sugar daddy.

The chief advocate for NATO expansion is Strobe Talbott, Clinton’s personal foreign policy adviser and Rhodes scholar roommate. The recipient of the 1993 Norman Cousins Global Governance Award, Talbott’s world view calls for birthing what he calls “the global nation” to replace national sovereignty. President Bill Clinton made the NATO Expansion Treaty his primary foreign policy objective in his State of the Union Message.

NATO was the linchpin of the Cold War strategy to scare the old Soviet Union out of invading Western Europe. It succeeded. Nobody is worried any longer about Soviet troops marching into Western Europe.

The NATO Expansion Treaty would be a profound change in that mission. It is a life-and-death commitment to go to war to defend Eastern European borders, which ethnic factions have been fighting about for a thousand years. All those borders were established as a result of bloody battles. There is nothing sacred about them, and there is no reason why America should promise to go to war to preserve them.

When Madeleine Albright testified before the Senate Foreign Relations Committee, she admitted that this treaty commits us to defend not only the borders, but the NATO-defined “interests” of Eastern Europe. She urged that NATO extend its geographic reach beyond Europe to “the Middle East to Central Africa.”

The NATO Treaty means that NATO, not Congress, will decide when America goes to war. It will inflict us with one “Bosnia” after another, using our Armed Services as global policemen and global social workers in costly conflicts that are none of America’s business. The NATO Treaty is a repudiation of Ronald Reagan’s successful strategy of peace through strength, and its replacement by the Clinton-Albright strategy of repeatedly using our military forces under NATO or UN command.

The NATO Treaty also repudiates George Washington’s advice “to steer clear of permanent alliances with any portion of the foreign world,” and instead commits us to permanent involvement in foreign conflicts.

Behind the orchestrated propaganda for NATO Expansion is the $51 million that U.S. weapons contractors have spent on lobbying in the last two years. U.S. weapons manufacturers, which expect to make billions of dollars selling arms and military equipment to the new NATO nations, have funneled an additional $32.3 million to Congressional candidates. This political money went equally to Republicans and Democrats, which explains why support for NATO Expansion is “bipartisan.”

The U.S. weapons industry has already protected itself against the inability or unwillingness of the new NATO countries to fulfill their commitments. In 1996, the U.S. arms industry lobbied a bill through Congress to force American taxpayers to guarantee loans for weapons exports.

The NATO Expansion Treaty will put NATO-U.S. troops right along the border of Russia, and Russia sees that as, at best, a diplomatic slap in the face, and, at worst, a military threat. The Clinton Administration has repeatedly stated that the first round “will not be the last.” The Senate vote is not just about Poland, Hungary and the Czech Republic, but is just as much about Romania, Slovenia, Bulgaria, Lithuania, Latvia, Estonia, and all the countries that are queuing up to cash in on America’s financial generosity and military commitments.

Western Europe, which has grown wealthy on U.S. handouts over the past 50 years, is today’s “welfare queen.” The Senate should reject the NATO Expansion Treaty and terminate welfare for foreigners now.

Phyllis Schlafly Eagles · #WYNK: Trump is Stronger Than Biden | January 27, 2023 #ProAmericaReport The following is a transcript from the Pro … END_OF_DOCUMENT_TOKEN_TO_BE_REPLACED

What You Need to Know is Trump is stronger than Biden. Our American leaders sending tanks and weapons to escalate the war in Ukraine aren’t in line … END_OF_DOCUMENT_TOKEN_TO_BE_REPLACED

What You Need to Know is we are in a proxy war with Russia. Until now, we’ve been able to at least try to say we have given Ukraine defense weapons … END_OF_DOCUMENT_TOKEN_TO_BE_REPLACED

Phyllis Schlafly Eagles · December 9 | Are Supporters of America First Scrooges? It’s going to be a long, cold winter in the United States, but … END_OF_DOCUMENT_TOKEN_TO_BE_REPLACED

Phyllis Schlafly Eagles · #WYNK: We're In a Proxy War with Russia | January 25, 2023 #ProAmericaReport The following is a transcript from the … END_OF_DOCUMENT_TOKEN_TO_BE_REPLACED

What You Need to Know is a lesson on documents and double standards. Suddenly everyone has classified documents and everyone is spinning the stories … END_OF_DOCUMENT_TOKEN_TO_BE_REPLACED

What You Need to Know is to thank the Freedom 20 who took up the House Speaker fight last week. Get the list here — it only takes 3-5 minutes … END_OF_DOCUMENT_TOKEN_TO_BE_REPLACED

What You Need to Know is that Trump’s taxes are a nothingburger. The House has released the documents! The long-awaited Trump tax returns are out, and … END_OF_DOCUMENT_TOKEN_TO_BE_REPLACED

Proving once again that he is in touch with ordinary Americans, Donald Trump selected education for the first video message of his 2024 presidential … END_OF_DOCUMENT_TOKEN_TO_BE_REPLACED

Phyllis Schlafly Eagles · #WYNK: Trump's Record is Baked In | January 30, 2023 #ProAmericaReport The following is a transcript from the Pro … END_OF_DOCUMENT_TOKEN_TO_BE_REPLACED

What You Need to Know is Trump’s record is baked in. He’s already been torn apart every which way and his record stands with all the things you like … END_OF_DOCUMENT_TOKEN_TO_BE_REPLACED