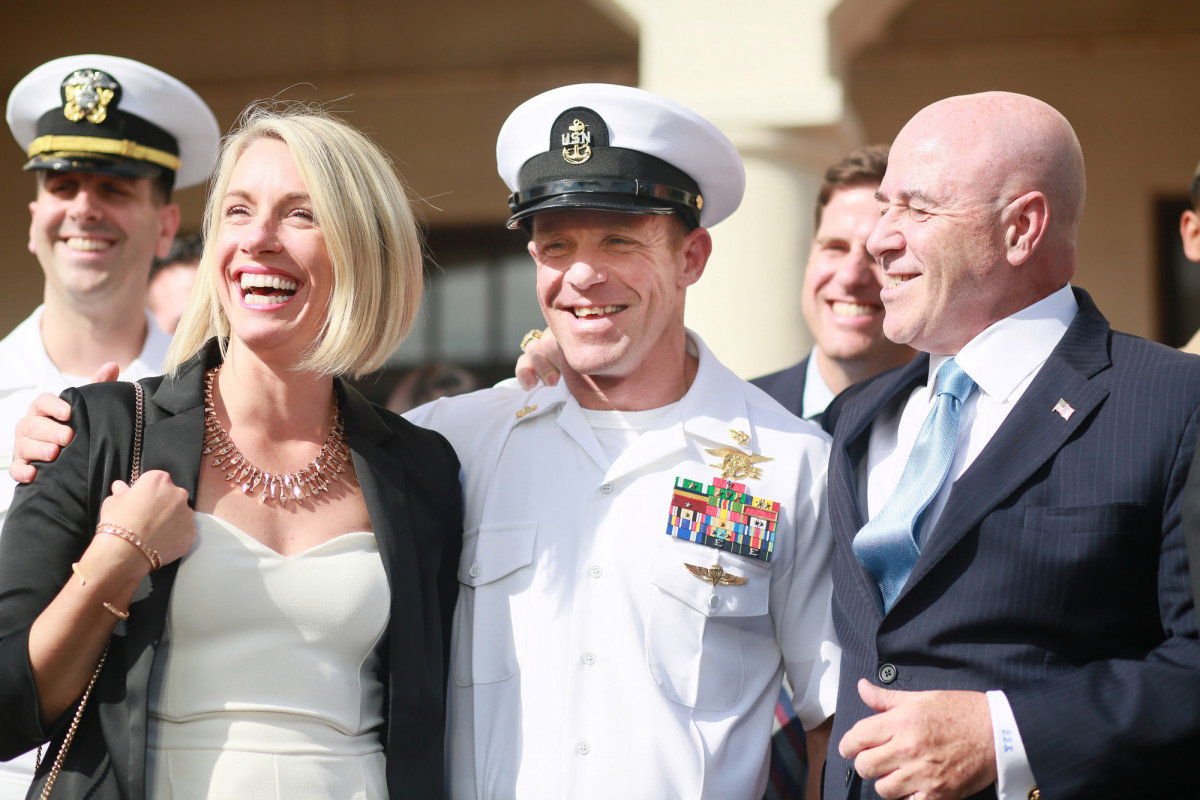 The Constitution expressly grants the authority to the president to issue pardons. This power has been repeatedly invoked by presidents beginning with George Washington. Far be it from the Deep State to let little things like the Constitution and centuries-old precedent get in their way. They’ve been obstructing Trump’s use of his presidential pardoning power since day one. The lack of respect given to President Trump for his presidential pardons is an absolute disgrace.

This presidential prerogative is particularly important when the Commander-in-Chief pardons a military officer under his direct chain of command. Presidential pardons of servicemen who put their lives on the line in defense of our freedoms should receive heightened respect by all. Instead, the left has chosen to vilify an honorable serviceman simply because his name passed through the lips of President Trump.

By all accounts, it looks like Navy SEAL Special Chief Eddie Gallagher’s platoon mutinied against him and prompted the overzealous prosecution for crimes he did not commit.  He was nearly fully acquitted by a military jury in a system that rarely sides with an accused soldier or sailor. That key fact of the case should not be ignored. A blizzard of frivolous allegations were made against Gallagher in an apparent attempt by some of his subordinates to destroy him. But when it came to testifying in a court of law, the allegations virtually disappeared. Prosecutors should have dropped the case then and there. Instead, they decided to drag things out as long as possible in a vain attempt to completely destroy Gallagher’s reputation and career.

Gallagher’s acquittal at trial on all serious allegations against him vindicated the sailor and embarrassed the prosecutors.  Once again, instead of backing off from their mistake, the Deep State doubled down on Gallagher. It took a direct intervention from the president to finally set the record straight. It should never have been this way. Gallagher should have been honored by a grateful nation from the very beginning. Our men and women in uniform can rest assured knowing they have a Commander-in-Chief who’s got their backs even when the Pentagon bureaucracy does not.

Proving once again that he is in touch with ordinary Americans, Donald Trump selected education for the first video message of his 2024 presidential … END_OF_DOCUMENT_TOKEN_TO_BE_REPLACED

Phyllis Schlafly Eagles · #WYNK: Trump's Record is Baked In | January 30, 2023 #ProAmericaReport The following is a transcript from the Pro … END_OF_DOCUMENT_TOKEN_TO_BE_REPLACED

What You Need to Know is Trump’s record is baked in. He’s already been torn apart every which way and his record stands with all the things you like … END_OF_DOCUMENT_TOKEN_TO_BE_REPLACED

Phyllis Schlafly Eagles · February 3 | "Woman" Is the Word of the Year The internet is a powerful tool that most of us use every day. … END_OF_DOCUMENT_TOKEN_TO_BE_REPLACED

What You Need to Know is Tucker is allowing the will of the people to be heard! When a huge block of Republicans and so-called conservatives are … END_OF_DOCUMENT_TOKEN_TO_BE_REPLACED