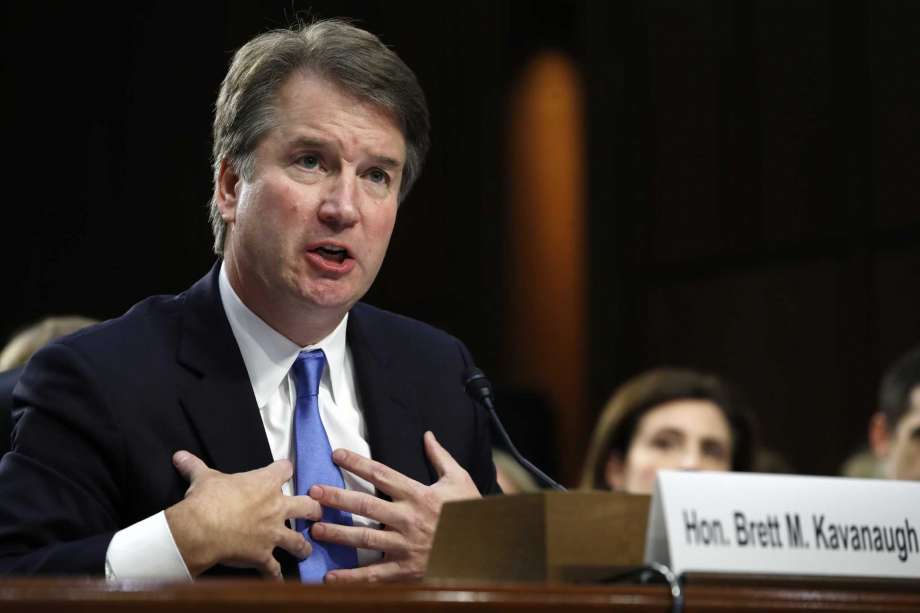 Statutes of limitations are necessary, because memories fade and it is pointless to consider a “he said, she said” dispute decades later.  No one should give credence to a new accusation about something minor that supposedly occurred more than three decades ago, and the Senate embarrasses itself by holding a hearing to do just that.

Brett Kavanaugh fully denies the allegation of misconduct by him at a party 36 years ago, when he was merely 17 years old, and this issue is not something that Senators should be taking seriously today.  On the verge of his confirmation to the Supreme Court, this politically motivated, last-minute smear against him should be laughed off the stage.

Only in the fantasyland of the U.S. Senate, where Clarence Thomas had to endure a similar ordeal in 1991, does fiction replace fact so easily.  Accusations about teenage conduct in 1982, even if Kavanaugh was at the party, should not change anyone’s vote concerning his confirmation to the Supreme Court. 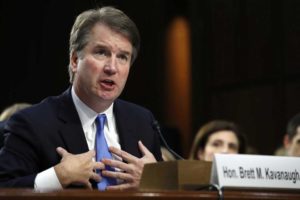 It was a mistake to schedule a special hearing, and delay it by a week, which gives the story-tellers more time to practice and embellish.  Allegations about the distant past which lack details are not credible, and the Senate should proceed to vote on Judge Kavanaugh.

The confirmation process for Supreme Court Justices should have sensible limits on irrelevant testimony when considering nominees.  It is time to repudiate untestable #MeToo allegations that were never reported within the statute of limitations, and it is time to draw the line before politics descends further into the theater of the absurd.

If Senators fail to establish reasonable rules of evidence, then it becomes a matter of how clever an accuser is at lying.  Courts of law do not allow spectacles of irrelevant, unprovable accusations, and the Senate should not have a standard that is lower than that of traffic court.

Supposedly a 17-year-old Brett Kavanaugh, or someone having a similar name, was drunk and had party-like contact with a fully clothed girl who had also been drinking.  At the time, no crime was reported, no adult was told, nothing was prosecuted, and no discipline of any kind was ever sought or obtained.

Most schools would not even punish a student for such behavior at a party, even if true, let alone expel someone for it.  It is beneath the dignity of the Senate to give credibility to an accusation about silly teenage behavior at a drinking party, as though that has any bearing on the abilities and character of an adult more than three decades later.

President Trump was elected to blow the whistle on this kind of circus that too often dominates D.C.  Trump brought some grown-up relief to this crisis on Monday by rejecting a reporter’s question as ridiculous in asking whether Kavanaugh might be replaced as the nominee because of this farcical accusation.

Allowing this ambush of Kavanaugh feeds the chicanery of the Left, and encourages similar antics against future good nominees.  Three Republican nominees to the Supreme Court have been confirmed in a row since liberals unsuccessfully attempted their last-minute smear of Clarence Thomas, and the GOP majority should not allow regression to that low point in the history of the Senate.

Senate Judiciary Committee Chairman Chuck Grassley (R-IA) probably dislikes allowing a hearing on this smear against Kavanaugh, but the Republican majority in the Senate is hostage to a handful who pander to the media.  Never-Trumper Jeff Flake, who is an example of someone who does not belong on the Judiciary Committee, was elected by pretending to be pro-life but spends much of his time trying to defy Trump instead.

In court, scandalous testimony that is irrelevant is excluded without futile attempts to determine its truthfulness.  The Senate should likewise exclude testimony by Christine Blasey Ford about isolated teenage partying which has no relevance to the fitness of the nominee Kavanaugh.

The oath does not have a magical effect in converting lies to the truth, and cannot establish relevancy.  Long-ago high school partying is irrelevant to the important work the Senate and the Supreme Court should be doing.

Even worse is speculation about what a teenage Kavanaugh, or someone who looked like him, might have wanted to do.  Teenagers are wrong about many things, even when trying to tell the truth, and the Senate should not allow such speculative testimony.

The high-tech lynching of Clarence Thomas, as he described it, failed when an accusation was discovered to bear an uncanny resemblance to a line in the book The Exorcist.  This time the allegations may be inspired by a book by Mark Judge concerning his own drinking binges at the same high school Kavanaugh attended.

But Mark Judge himself described the accusations against his classmate Kavanaugh as “absolutely nuts. I never saw Brett act that way.”

It was a mistake to schedule a special hearing, and delay it by a week, which gives the story-tellers more time to practice and embellish.  Allegations about the distant past which lack details are not credible, and the Senate should proceed to vote on Judge Kavanaugh.

What You Need to Know is Ray Epps was in on it! Who is Ray Epps? Congressman Jamie Raskin gave us the answer after the prompting by Congressman Thomas … END_OF_DOCUMENT_TOKEN_TO_BE_REPLACED

Phyllis Schlafly Eagles · September 27 | Do Politicians Care About Teachers? Promises are easy to make and hard to keep, especially in politics. If … END_OF_DOCUMENT_TOKEN_TO_BE_REPLACED

A spectacular ruling against Big Tech censorship emerged Friday afternoon from our nation’s finest court, which presides in New Orleans over federal … END_OF_DOCUMENT_TOKEN_TO_BE_REPLACED

What You Need to Know about Priorities & America First. Phyllis Schlafly would give awards to significant people in her life. On these awards … END_OF_DOCUMENT_TOKEN_TO_BE_REPLACED