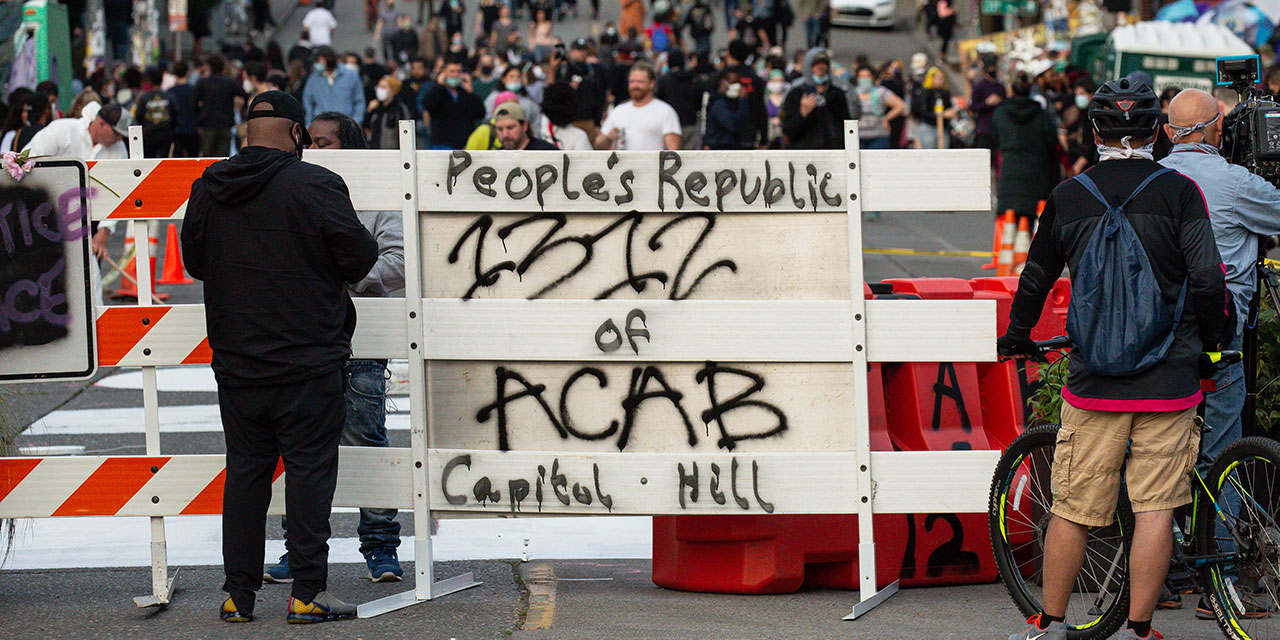 Seattle’s so-called Capital Hill Autonomous Zone, also known as CHAZ, was purported to be a new nation within the United States. Antifa protestors cordoned off six blocks of downtown Seattle to protest police officers and to create a police-free zone promoting love and harmony. The police precinct in downtown Seattle was abandoned by Seattle police. Police were prevented from even entering CHAZ, once it was formed. This left Seattle citizens at the mercy of CHAZ’s unwelcome new residents. It didn’t take long for this leftist utopia to erupt into gun violence, leaving one wounded and a nineteen-year-old dead. How can a place meant to promote justice, peace, and love result in such violence?

Unfortunately, utopias don’t exist. Time and time again, law and order is the only thing that inhibits widespread violence. When the police are restrained from protecting the people, the only option left is self-defense. The Second Amendment is always under attack by the leftist agenda. Liberals believe guns are inherently dangerous. Actually, that depends on the people holding them. Any tool can be misused in the wrong hands, as we all know, but in the right hands problems can be fixed.  Liberals like to say that we don’t need citizens to carry guns for self defense because they have the police to defend them from criminals. At the same time, these liberals want to abolish the police. They can’t have their cake and eat it too.

With the presidential election around the bend, people need to consider their safety. When the police refuse to come or are forbidden from entering a police-free zone like CHAZ, what will you do? Our Second Amendment guarantees the freedom to defend and the right to protect yourself and your loved ones. That right is not meant to promote gun violence, but to prevent it.  The right to bear arms prevents tyranny and anarchy. Voting for a candidate who understands this is vital. We need to prevent other anarchist communities like CHAZ from devouring our nation, our rights, and our especially our youth. CHAZ and Washington State’s leftist politicians have taken a chunk out of our country. Let’s not let them take any more.

Phyllis Schlafly Eagles · #WYNK: Political Hit Jobs Against Lawyers | January 18, 2022 #ProAmericaReport The following is a transcript from the Pro … END_OF_DOCUMENT_TOKEN_TO_BE_REPLACED

Phyllis Schlafly Eagles · February 3 | "Woman" Is the Word of the Year The internet is a powerful tool that most of us use every day. … END_OF_DOCUMENT_TOKEN_TO_BE_REPLACED

What You Need to Know is Tucker is allowing the will of the people to be heard! When a huge block of Republicans and so-called conservatives are … END_OF_DOCUMENT_TOKEN_TO_BE_REPLACED