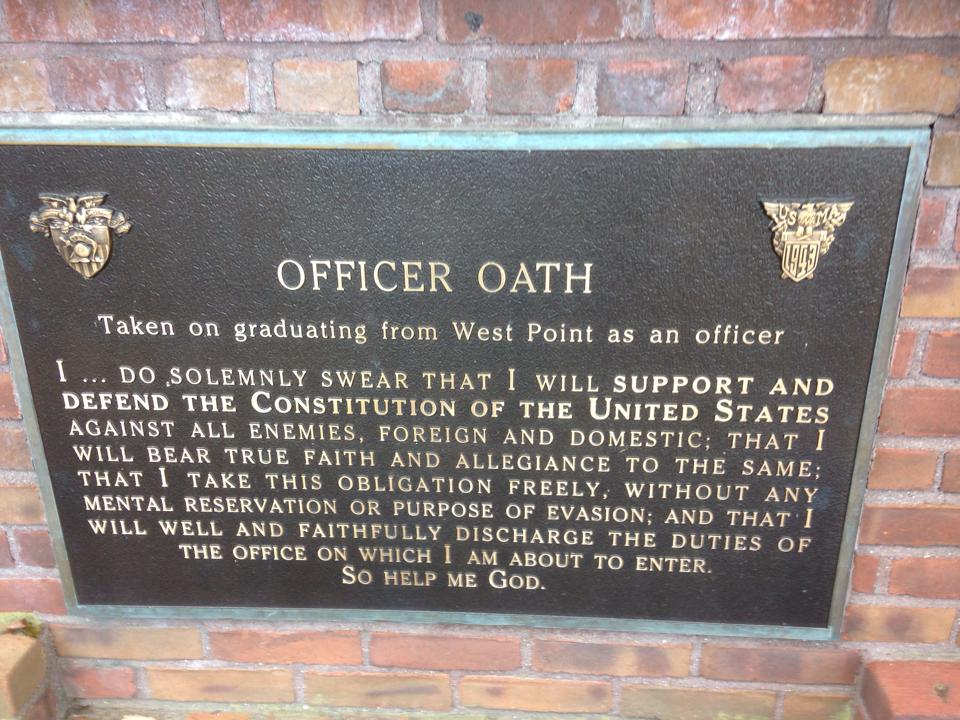 The Oath of Allegiance to the United States of America calls for citizens to “support and defend the Constitution and laws of the United States of America against all enemies, foreign and domestic.” Unfortunately, there are many people living among us right now who hate our U.S. Constitution. They might not come right out and say it in those words, but we cannot let ourselves be lulled into thinking all Americans share our love for America’s great founding document.

One especially dangerous way leftist try to subvert the authority of the Constitution is with the “living constitution” doctrine. According to this philosophy, the meaning of the Constitution itself can be bent to fit whatever the prevailing philosophy of the day is. They claim the Founding Fathers left their work vague enough that we can make it mean whatever we think it means.

I’m sure you can see just how detrimental the living constitution doctrine can be in practice. When the words of the Constitution can mean whatever we want them to mean, why even bother having a constitution at all? There has to be some objective measure of truth when we have words clearly written on a page.

If I treated a recipe for a roasted turkey the way leftists treat our U.S. Constitution, all I’d have by the time I’m done is a lump of charcoal coated in flame retardant. Fifteen minutes per pound doesn’t mean fifteen hours per pound just because you want it to. Treating our Constitution like a living, breathing document is nothing short of a recipe for disaster.

If you want to follow the recipe for success, just follow the Constitution the way the Founders wrote it. Don’t pretend the writers of the 14th Amendment meant to give special privileges to homosexuals. Don’t pretend there’s a difference between a tax and a cash penalty.

Read the Constitution as it was originally written. This simple philosophy is called originalism. That word might only come up in the context of picking good judges, but it’s much more than that. It’s a worldview. Each one of us has a duty to follow the recipe for success. We must reject the living constitution and embrace originalism.

Phyllis Schlafly Eagles · February 3 | "Woman" Is the Word of the Year The internet is a powerful tool that most of us use every day. … END_OF_DOCUMENT_TOKEN_TO_BE_REPLACED