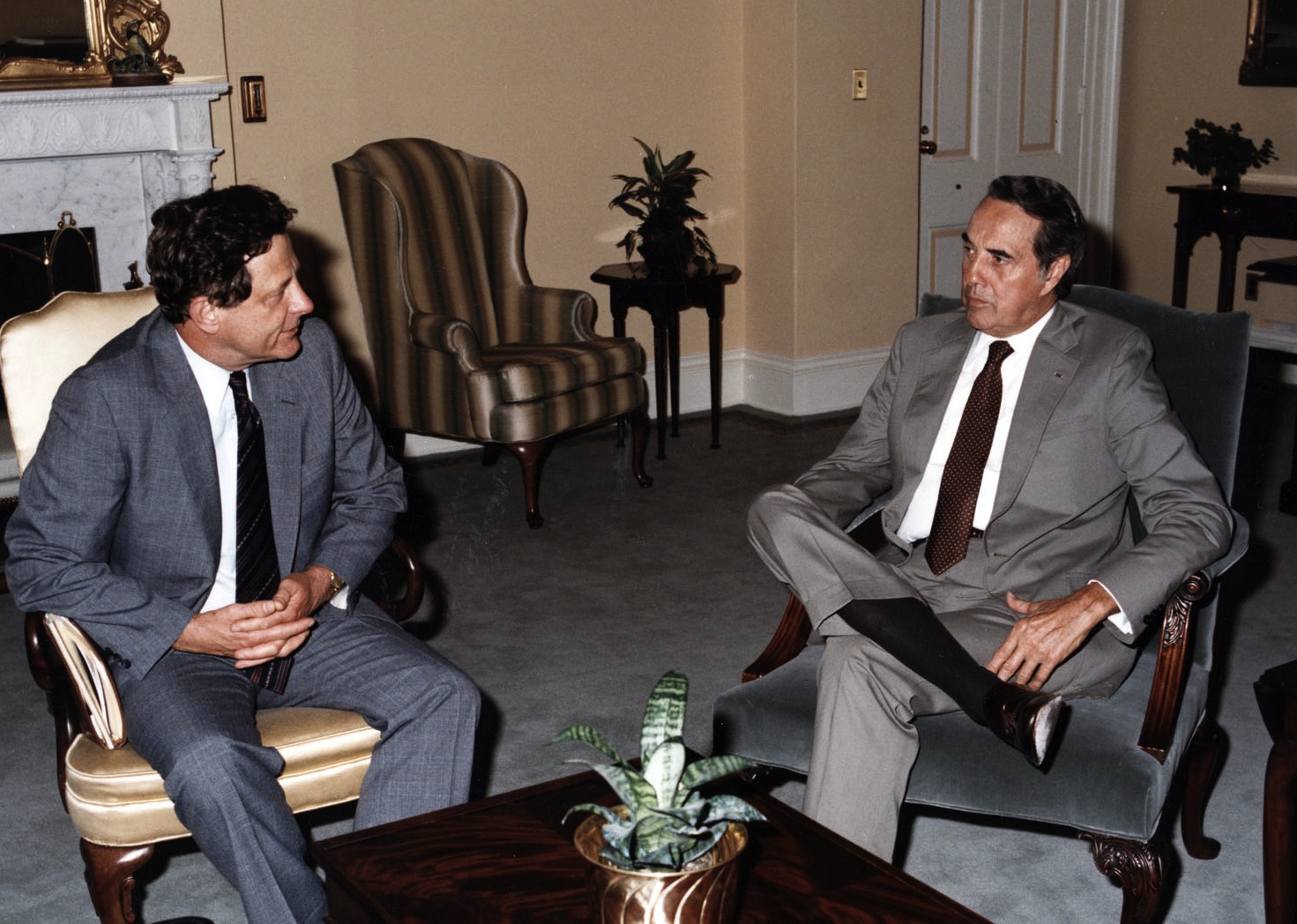 Forty years ago, the federal government had poured many billions of dollars into research, from World War II on. Those expenditures fueled the advancement of knowledge and important new discoveries.

The problem was that little of that new knowledge was being translated into practical benefits for American citizens.

In other words, taxpayers weren’t getting the return on investment they deserved. By 1980, the U.S. government owned 28,000 patents, resulting from its research spending. But less than 5 percent of those inventions were commercialized.

All that innovation was dammed up because the government retained and controlled the property rights to it — the patents and the exclusivity they secure to discoveries.  Bureaucracies in Washington kept a tight hold on any IP their research funds led to. This unworkable bottleneck epitomized centralized technology management.  It didn’t work because:

Essentially, lack of clean title to their inventions created untenable uncertainty for those receiving a federal research grant or interested in commercializing conceptual new knowledge discovered by a federal lab or agency.

Private-sector developers and investors couldn’t afford that kind of risk because the cost of attempting to commercialize an invention far exceeds the initial investment that led to an invention or discovery. Also, many commercialization attempts end in failure simply because the headwinds of developing a product and trailblazing a new market for it are gale-force.

Meanwhile, private-sector inventors, in garages and workshops as well as in corporate labs and factories, were inventing, patenting, and commercializing thanks to the secure and enforceable private property rights patents and IP secured to them.

For instance, inventors at Texas Instruments and Fairchild Semiconductor invented the silicon integrated chip on their own R&D dimes in the late 1950s.  In the 1960s, TI and Fairchild cross-licensed their patents and created a market for semiconductor chips that has since changed the world of electronics and of people around the world.

Unfortunately, the federal government’s research IP model through the 1970s looked more like the centrally planned Soviet Union than the free-enterprise, property-rights U.S.A.

The Solution: The Bayh-Dole Act

Home-state universities alerted Senator Birch Bayh (D-Ind.) and Senator Bob Dole (R-Kan.) to this situation. The bipartisan duo teamed up and wrote a law that would open the floodgates and transform U.S. IP policy associated with federal research investment.

The 1980 Bayh-Dole Act forthrightly states its aim and how it goes about achieving it: “It is the policy and objective of the Congress to use the patent system to promote the utilization of inventions arising from federally-supported research or development” (35 U.S.C. Sec. 200). Thus, Bayh-Dole is intended to guarantee exclusive IP rights to those who put in the work at their research institutions and make new discoveries that hold commercial promise, as well as secure patent exclusivity to licensees, entrepreneurs and others who shoulder the task of commercialization.

Has Bayh-Dole succeeded? Absolutely. The Economist has called it “[p]ossibly the most inspired piece of legislation to be enacted in America over the past half-century.”

This law has decentralized technology management out of Washington. Today, American research universities have technology transfer offices that help secure intellectual property protection for inventions and discoveries made on their campuses, often with federal research grants.

Bayh-Dole has fostered innovation ecosystems across the country, where collaboration breeds success. Academic institutions and small businesses now collaborate with corporate and public partners in ways not dreamed of before Bayh-Dole. Startups — 1,080 in 2018 alone — founded to bring patented inventions to market usually stay in the tech-transferring institution’s state.

The Congressional Research Service has said: “Observers generally agree that the Bayh-Dole Act has successfully met its objectives. . . . The government receives a significant payback through taxes on profits and society benefits from new jobs created and expanded productivity. The importance of patent ownership has been reinforced by the positive effects [that] studies have demonstrated P.L. 96-517 [i.e., Bayh-Dole, has had] on the emergence of new technologies and new techniques generated by American companies.”

Phyllis Schlafly, who founded this organization, admired inventors and recognized American inventors’ and the U.S. patent system’s significant contribution to society. In a 1970 speech, she observed, “America has been able to give more good things to more people than any other nation in the history of the world — NOT because government solved our problems — but because government stayed out of the way and let the initiative and inventiveness of man solve our problems ourselves.”

Senators Bayh and Dole, on the cusp of the Reagan Revolution, crafted legislation that employed the ownership initiative from patents to decentralize technology management and make sure “government stayed out of the way” of the academic inventors whose inventiveness is seeded by research grants.

In 2020, the wisdom and foresight of Bayh-Dole has borne much fruit — fruit that would have died on the vine had nonexclusivity and command-and-control government technology management persisted. Today, Americans enjoy the commercialized benefit of this portion of their tax dollars at work.

Proving once again that he is in touch with ordinary Americans, Donald Trump selected education for the first video message of his 2024 presidential … END_OF_DOCUMENT_TOKEN_TO_BE_REPLACED