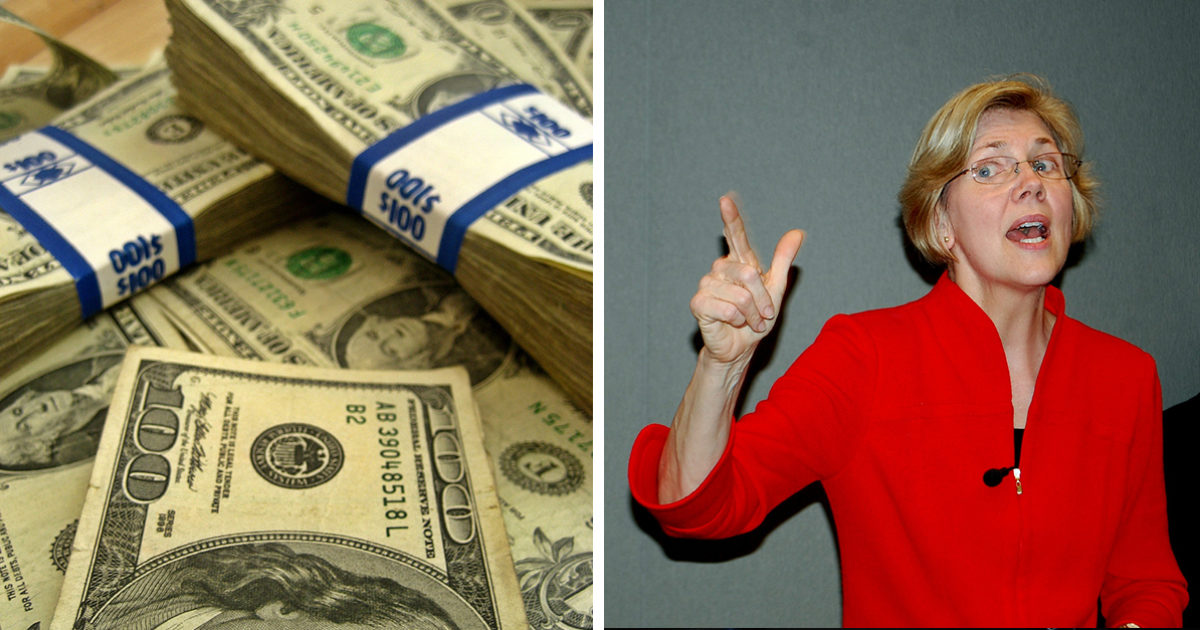 Senator Elizabeth Warren hasn’t been doing so well in her bid for the Democrat nomination for president. In a crowded field of twenty-two candidates, she knows she needs to do something to set herself apart from the pack. Warren’s attempt to boost her presidential candidacy comes in the form of an unprecedented new tax. Her campaign calls it the “Ultra-Millionaire Tax.” It would force wealthy households to hand over 2% of their net worth above $50 million, plus an extra 1% on their assets above $1 billion.

Consider how Warren’s tax would affect a billionaire with money in buildings like Trump Tower. The government would basically confiscate two floors per year. After just a few years of this system, the government would own most of the building. That is the socialists’ endgame. They want the government to own everything.

Elizabeth Warren can’t even come up with a good idea for what to do with the money. Rather than developing infrastructure or paying down the national debt, she wants to spend the extra money on universal child care in government daycare centers. That shows just how out of touch Elizabeth Warren really is.  Most parents prefer to care for their own children at home. They don’t want to ship them off to government facilities. No matter what she says, Elizabeth Warren doesn’t care about your kids as much as you do. The last thing America needs is more government control over our children.

It shouldn’t surprise you that revenue from a wealth tax would fall far short of projections. That always happens when Democrats say taxing the rich will solve all our problems. Tax hikes result in lower economic growth. That means less tax receipts for the government and less tax revenue in the long run.

The rising tide really does raise all boats. If we leave the economy alone with few taxes, there will be more prosperity, and not just for the rich. It will create more opportunities for the poor to rise up and succeed. That’s why we need to do our part to call out ridiculous proposals like Elizabeth Warren’s ultra-millionaire tax.

What You Need to Know is the Qatar-Europe NGO scandal continues! These global schemes with millions of dollars flowing through non-government … END_OF_DOCUMENT_TOKEN_TO_BE_REPLACED

As the midterm elections fast approach, Democrats have lost a key demographic that they relied on in 2020: college-educated men. The biggest … END_OF_DOCUMENT_TOKEN_TO_BE_REPLACED

The Deep State in Washington, D.C. just offered to debrief Trump Administration officials about the hot air balloons that have invaded our airspace … END_OF_DOCUMENT_TOKEN_TO_BE_REPLACED

What You Need to Know is Lies, Damned Lies, and Biden’s Border Statistics. The Narrative Machine’s media wing and the Biden Administration (including … END_OF_DOCUMENT_TOKEN_TO_BE_REPLACED

Phyllis Schlafly Eagles · February 8 | Leftist Hollywood's Downward Spiral Looking back on 2022, it is plain to see that Democrat-dominated … END_OF_DOCUMENT_TOKEN_TO_BE_REPLACED