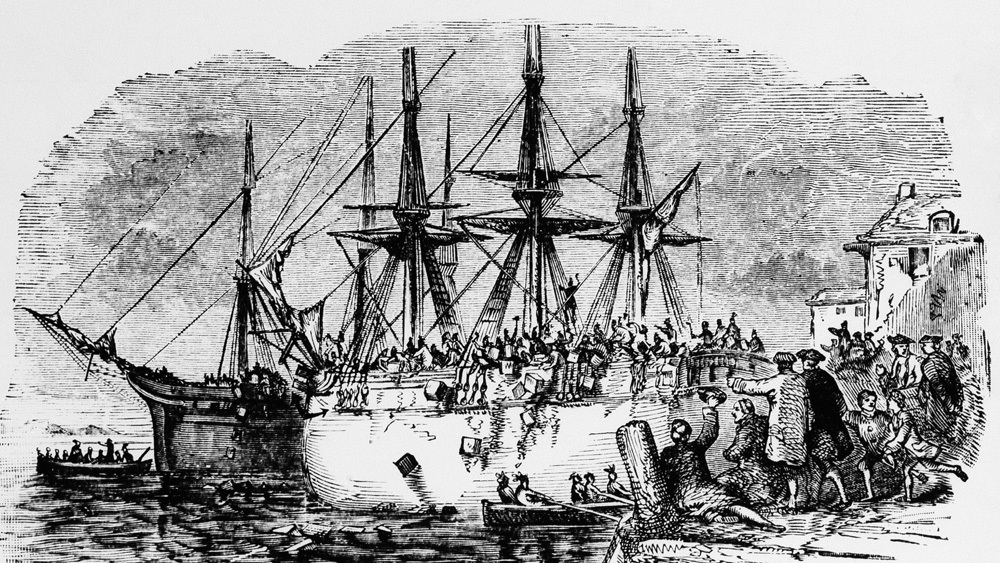 America has a rich history in many areas, from art and culture to exploration and innovation. However, if I could name one common American value traced all the way back to the founding of our nation, it would be a strong hatred for unfairly high taxes. Today is a great day to talk about that, because the famous Boston Tea Party took place on this date in 1773. On that cold December night, the people of Boston made the bold statement that they would not allow high taxes to be imposed on them by politicians they had not elected.

Make no mistake. This wasn’t some freewheeling riot in the streets like revisionist historians paint it. For all their outrage, the Sons of Liberty didn’t cause any property damage other than the padlock on the tea and the tea itself. Nothing else was destroyed or looted. They even mopped the deck of the ship after they were finished. It was a political statement borne of strong personal convictions, nothing else.

The legacy of the Boston Tea Party lives on in us today. The American people still won’t tolerate a tyrannical government built on the suppression of our most basic liberties. We don’t need to throw tea into Boston Harbor because our Founding Fathers gave us a system of government that allows us to fight for our convictions openly and vigorously. Every American is empowered to make a difference from the local school board to our Congress and Supreme Court.

John Adams got it right when he said “This destruction of the tea is so bold, so daring, intrepid and inflexible, and it must have so important consequences, and so lasting, that I can’t but consider it as an epocha in history.” John Adams is not the only one who recognized the Boston Tea Party for its historic and symbolic significance. We are the beneficiaries of the heritage these patriots have left behind. The only question now is what we will do with it. Are you ready to take a stand for liberty? Will you fight for the freedoms we share? The choice is yours.

What You Need to Know is the Qatar-Europe NGO scandal continues! These global schemes with millions of dollars flowing through non-government … END_OF_DOCUMENT_TOKEN_TO_BE_REPLACED

As the midterm elections fast approach, Democrats have lost a key demographic that they relied on in 2020: college-educated men. The biggest … END_OF_DOCUMENT_TOKEN_TO_BE_REPLACED

What You Need to Know is balloons in our hemisphere. As the Chinese weather balloon (read: spy balloon) passes over America, it’s a great time to … END_OF_DOCUMENT_TOKEN_TO_BE_REPLACED

Phyllis Schlafly Eagles · #WYNK: Balloons in Our Hemisphere | February 3, 2023 #ProAmericaReport The following is a transcript from the Pro America … END_OF_DOCUMENT_TOKEN_TO_BE_REPLACED

What You Need to Know is we are in a proxy war with Russia. Until now, we’ve been able to at least try to say we have given Ukraine defense weapons … END_OF_DOCUMENT_TOKEN_TO_BE_REPLACED

What You Need to Know is a lesson on documents and double standards. Suddenly everyone has classified documents and everyone is spinning the stories … END_OF_DOCUMENT_TOKEN_TO_BE_REPLACED